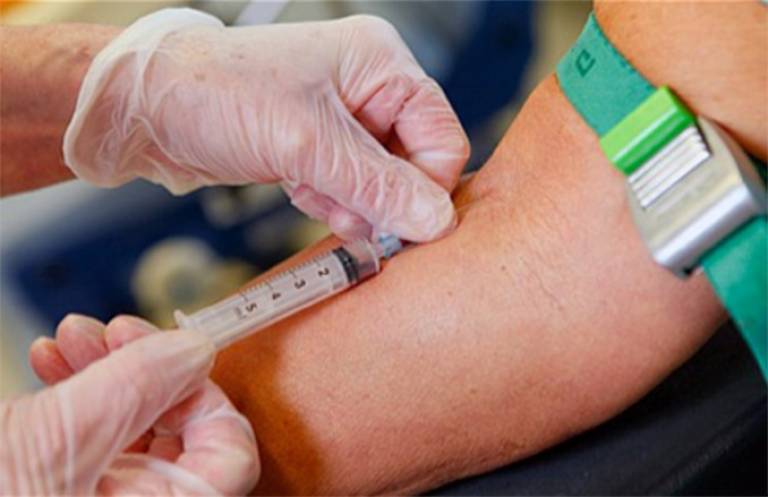 Women may require a prenatal test to determine their baby's sex, for example if they are at risk of carrying a baby with a serious sex-linked disorder (e.g. Duchenne muscular dystrophy) which only affects boys. In the past, the only option was an invasive test, which carried a small risk of miscarriage (0.5%). Early research by a group of UCL researchers showed that NIPD reduced the need for invasive testing by 46%, as only women found to be carrying a boy baby need an invasive test for definitive prenatal diagnosis.

The team at UCL led a national audit of these tests, and developed the standards for implementation into NHS clinical practice. The researchers subsequently showed that NIPD is cheaper than traditional invasive testing, and is highly valued by patients. They contributed to various consultations and reports, including leading the Gene Dossier submission to the UK Genetic Testing Network, the committee responsible for approving genetic tests, which resulted in formal approval for use in the NHS in 2011.

NIPD for fetal sex determination is now the recognised standard of practice in UK genetic services, allowing equity of access for all women in the UK at high risk of sex-linked disorders. The service at Great Ormond Street Hospital performs >100 tests per annum, and the test is also available at regional genetics centres in Manchester and Birmingham. Fetal sex determination using NIPD is now the most common prenatal molecular test performed in the UK and has reduced the invasive testing rate by nearly 50% for women at high risk of sex-linked disorders. The research group has engaged with practitioners and patients, particularly through its website. In partnership with the National Genetics Education and Development Centre and lay organisations such as Genetic Alliance UK and Antenatal Results and Choices, it has developed health information packages, including e-learning modules, and also contributed to practitioner-facing journals.

I am enormously appreciative of developments in cffDNA diagnosis. My second testing experience was a significantly less distressing process than the invasive testing with extended waiting period and associated risks. - Patient