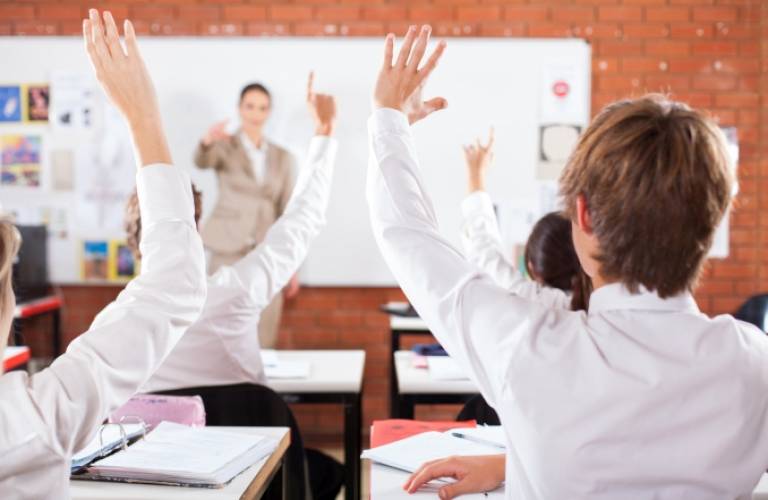 Provocative analyses of English education policy and neo-liberal tenets in education have raised awareness and had a conceptual impact on teachers' organisations, pressure groups and think tanks seeking to protect the state education system.

Research by Professor Stephen Ball at the UCL Institute of Education has demonstrated that philanthropy, business and governments are coming together in new networks and policy sites outside the framework of the nation state. It has also introduced the concepts of endogenous privatisation, in which private sector philosophies are imported to the public education sector, and exogenous privatisation, in which public education services are actually opened up to for-profit participation.

As a result, he was invited to produce a major report, Hidden Privatisation in Public Education (2008), for Education International, the world's largest federation of unions, representing 30 million education employees in about 400 organisations in 170 countries and territories. This was translated into Japanese, German and Polish, and has since been widely used in advocacy by unions around the world. Several teachers' unions shared the findings with their members, and Education International attests that the concept of endogenous and exogenous privatisation are now "firmly embedded in global unions' conceptual framework about privatisation".

Professor Ball also drew attention to the contradiction between the Conservative party's modernising rhetoric of giving children 'the chance to test themselves outside their comfort zone' and their prescriptions of traditional forms of discipline and curriculum and showed that New Labour's policy interventions provided even more opportunities for middle-class parents to seek social advantage. A number of pressure groups promoting state education have also promoted and discussed Professor's Ball's ideas, including the Anti Academies Alliance, Local Schools Network and the Campaign for State Education.

We are undergoing a very serious shift in how education is managed, so research in this area is vital. [Professor Ball's] impact has been to raise awareness and provide evidence for campaigners, for example in mapping the extent of edu-business and the profound changes in how schools are governed. - Margaret Tulloch, chair, Comprehensive Future

Using school case studies and interviews with school workers, Professor Ball developed the concept of 'performativity' to describe the new mode of regulation that enables the state to govern in an 'advanced' liberal way, in which teachers are required to organise themselves in response to targets, indicators and evaluations and to set aside personal views as to what constitutes high quality teaching. This, he argued, actually increased opacity as individuals and organisations took ever-greater care over the construction and maintenance of fabrications, through 'gaming' and selective representation. This analysis helped to shape the University and College Union's thinking on professionalism. In addition to an influential presentation for this union, Professor Ball has addressed countless seminars and conferences attended by teachers, governors, trade unionists and members of the public, in the UK and abroad. His work has been widely covered in the national and international press.

Perhaps most significantly, however, Professor Ball's work has given individual teachers, as well as their unions and representatives, the tools to conceptualise and grapple with their experiences in the marketization of education. He recalls:

"[In 2012] I gave a talk about performativity in education to a very mixed group of people, including teachers and students. Afterwards a woman came up to me and said: 'Thank you, thank you very much for that. I resigned as a teacher last year'. She then added: 'Now I know why I resigned … emotionally I couldn't cope anymore. I found what was happening to me abhorrent'. And although, in a sense, that's a sort of negative example I was very pleased with that because I think she was saying that she now had the tools to make sense of her experience. She hadn't been able to analyse it intellectually, and she now knew why she had made the right decision from her point of view."