The use of research-based teaching materials in political philosophy 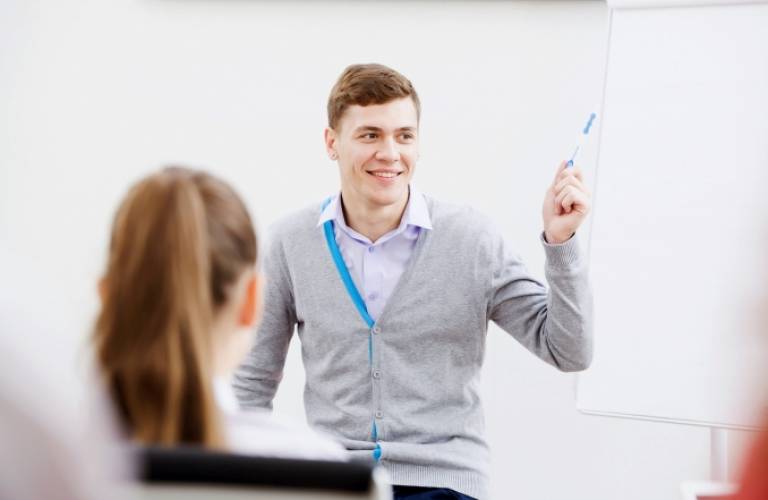 Professor Jonathan Wolff's monographs have great influence on how political philosophy is taught, and are widely used in schools, universities and in adult education. Curricula throughout the world are designed around them. They have had a profound effect, both in terms of adoption and of response from instructors and students.

Professor Jonathan Wolff (UCL Philosophy) has written several important monographs on political and moral philosophy. These include an exploration of contemporary problems in political philosophy drawing on the works of the great political philosophers of the past. This gives rise not only to a better understanding of philosophical problems, but also to insights into how earlier political philosophers can be read. The fruits of this research include, for example, a reading of Hobbes that sharply contrasts the 'actual contract' elements of his argument with his 'hypothetical contract' and explores their contrasting strengths and weaknesses. This appeared, in 1996, in An Introduction to Political Philosophy (IPP) which, rather than summarising the seminal texts and interpretations, integrated Professor Wolff's ongoing research into those debates.

His research on applied ethics was the basis for his 2011 monograph Ethics and Public Policy (EPP), in which he developed his earlier research through a consideration of moral and political dilemmas of public life. This includes applications of philosophical ideas to topics such as the regulation of gambling, social provision for disability, and the value of universal healthcare, as well as a methodological investigation of how moral and political philosophy can shed light on public policy.

These two books have had a significant influence on the design of educational curricula in the UK and beyond. Both were consciously developed to serve as pedagogical resources which engage students and self-directed learners with original research.

Although IPP was first published in 1996, it continues to have a lasting and substantial impact on the development and delivery of philosophical education, with over 25,000 copies sold since 2008, with significant spikes in September when the school year begins. The two books are used across the world, including China, Bangladesh, Switzerland, the United States and Canada, with a diverse readership ranging from school students to postgraduates and adult learners. In many cases, modules or entire courses are modelled on the books, with excellent feedback from both instructors and students. At the Open University, for example, a course using IPP ran for a decade, with an average enrolment of 700. While a Dublin City University course guide, in which the book is assigned, says of it: "By far the best and most accessible introduction to political philosophy. Read it from start to finish, and you may surprise yourself by enjoying it."

IPP has also had a significant global reach: it has been translated into Chinese, Japanese, Spanish, Portuguese, Croatian, Lithuanian, Mongolian and Farsi, and in China it has received over 180 reviews, with 99.4% rating it four star or higher. Students from around the world have written to Professor Wolff, describing how valuable they found it.

The books have also been widely used by non-traditional learners. The University of the Third Age in Poole, for example, organised a reading group for EPP, while an Oxford University Extension Course contracted Professor Wolff to write a module following IPP chapter by chapter, which ran 11 times between 2009 and 2013.