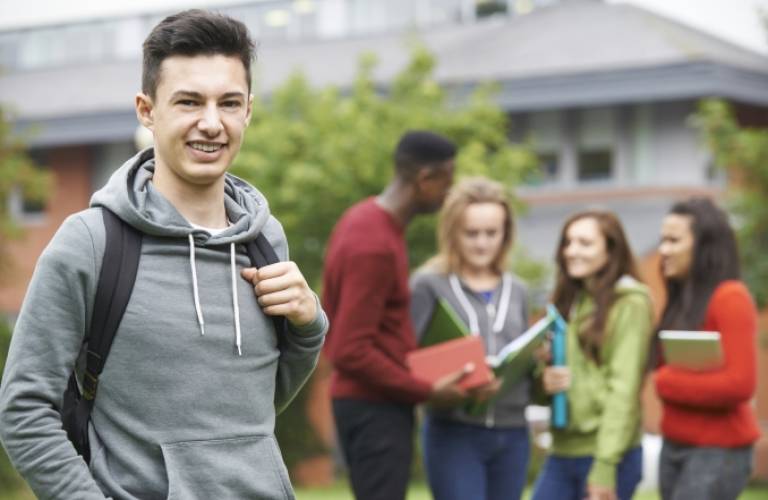 Two studies into student financing and access to higher education for people from disadvantaged backgrounds influenced the Coalition government's loan system and encouraged the provision of better information for school students.

The first of the two UCL Institute of Education studies helped to persuade the government that sufficient loans and grants needed to be available from autumn 2012 to ensure that the increase in the tuition fee cap from £3,300 to £9,000 did not deter students from disadvantaged backgrounds from pursuing a university degree.

The UCL IOE researchers calculated that a £1,000 increase in fees (at 2006 prices) would reduce participation rates by 4 percentage points. A reduction of this size for each income group would result in a disproportionate fall in the number of students from low-income backgrounds as fewer of them go on to university. While increases in loans and grants that generally accompany such fee changes help to offset most of this negative impact, the government subsequently added other elements to the fees system that the researchers found to be unnecessarily complex.

Professor Lorraine Dearden, Dr Gill Wyness and Professor Anna Vignoles all spoke about their research before the Browne Review of higher education funding and student finance in 2010. Dearden was later called as an expert witness to a Department for Business, Innovation and Skills (BIS) Select Committee hearing on the future of higher education (HE). She was involved in extensive discussions with the Treasury and ministerial advisers in BIS prior to the publication of the HE White Paper in 2011.

The final decisions about the financial package were influenced by Dearden's work, as David Willetts, then Minister for Universities and Science, noted: "The analysis of the impact of the 2006 reforms undertaken by the IOE was a key piece of evidence for the Browne Review, giving the best quantification of the effects of increasing fees. … Subsequent work carried out in collaboration with the Institute for Fiscal Studies on the impact of the new system was considered carefully alongside the Department's own internal modelling in deciding how to set the parameters of the repayment system."

The second study established that large gaps in participation between high and low socio-economic groups - especially at high-status universities - are mainly due to differences in pupils' prior attainment, rather than any financial or social barriers at the point of entry to HE. This highlighted the need for earlier intervention to help disadvantaged pupils gain university-entry grades, and encouraged policymakers to recognise the importance of providing school students with improved guidance on how to reach university. It also triggered the launch of a successful website, bestCourse4me.com, that has enabled teenagers to make more informed choices about higher education.

The government has also acknowledged - partly thanks to the work of Vignoles and her colleagues - that the key to widening participation in HE is earlier intervention. The Director of Development and Policy for the Sutton Trust said: "The research Anna Vignoles has done for us has been highly influential on HE policy thinking in government and elsewhere - detailing the extent to which university participation rates are driven by prior school attainment, and demonstrating the need for informed choice for prospective students."

The government recognised the importance of early advice and guidance in the 2011 HE White Paper and, following its publication, Vignoles and a colleague, Claire Crawford, were invited to a meeting with David Willetts to discuss HE and social mobility. They were then asked to produce a review which fed into the Cabinet Office report on this issue.

Funders included the Department for Education, HEFCE and the ESRC