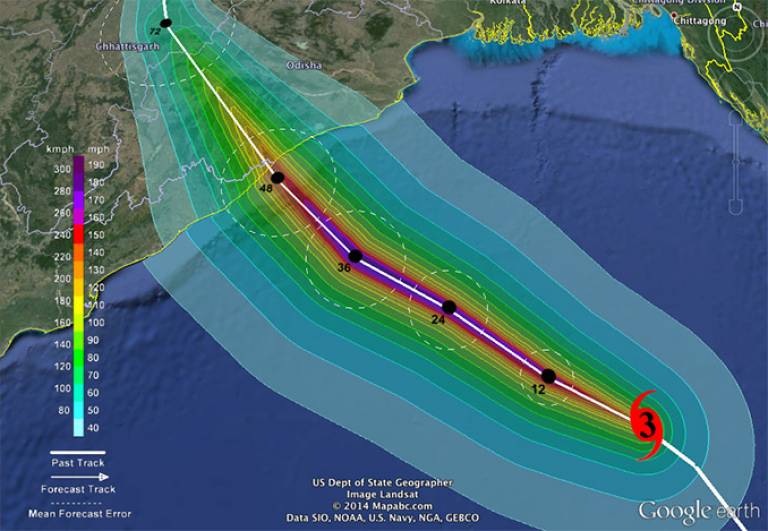 Warnings issued by UCL's award-winning tropical-storm tracker have helped to save lives in a number of storms, including the devastating cyclone Sidr and tropical storm Mahasen in Bangladesh. Commercial products complementing these alerts benefit international organisations including the Norwegian Hull Club, which employs them to help more than 9,600 vessels worldwide steer clear of dangerous storms.

The UCL tracker's real-time warnings have been used by a number of Bangladesh government agencies and humanitarian organisations in deciding when to issue evacuations and open cyclone shelters.

Tropical Storm Risk (TSR) warnings for Mahasen triggered successful plans for dealing with disasters by teams from the British NGO Plan International in Bangladesh and Myanmar. According to the United Nations, this preparatory work contributed to the saving of "countless lives" in Bangladesh, where an estimated one million people were evacuated from 13 coastal districts in the 24 hours before the storm hit.

The UCL tropical storm tracker played a crucial role the day before cyclone Sidr struck. … Based on media warnings, our staff had previously decided not to mobilise people due to the risk of giving false information, but this decision was changed by the UCL warning. It proved accurate and helped to save many lives. - Elish Majumber, Bangladesh Disaster Management Programme

In October 2013, forecasts from agencies including TSR contributed to the saving of many lives when severe cyclonic storm Phailin struck the east coast of India. Based on forecasts of where the storm would hit, the Indian authorities evacuated 800,000 people within 48 hours. 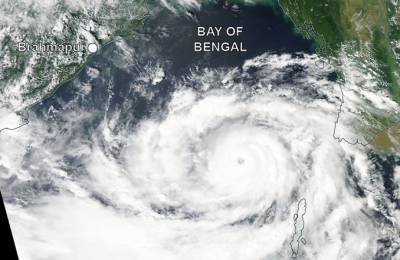 These publicly available TSR storm alerts, seasonal forecasts and warnings to humanitarian organisations are issued to over 24,000 subscribers worldwide, including, since 2004, Reuters AlertNet, the global humanitarian news portal.

Complementing these alerts, commercial services were also launched: EuroTempest Ltd in 2007 - for European extreme weather, particularly windstorms - and Tropical Storm Risk Business in 2009. Twenty-two international organisations from insurance and reinsurance, global telecommunications and the oil and gas industry have benefitted from these services. Three examples of commercial users are the Norwegian Hull Club, Aon Benfield and Lloyd's.

The Norwegian Hull Club - the largest marine insurance company in the world in terms of the number of vessels insured - uses TSR products to help its portfolio of more than 9,600 vessels worldwide to steer clear of dangerous tropical storms.

Lloyd's - the world's specialist insurance market - uses TSR products in its services to its managing agents (which make up much of the London insurance market). The updates provide insurers with early warning of potential impacts, including likely losses from live hurricanes.

TSR's seasonal forecasts are widely followed in the (re)insurance industry and contribute to insurance pricing and the anticipation of upcoming risk. The service is regarded as one of the top three forecast providers for North Atlantic hurricane outlooks.