Trimethylaminuria is a genetic disorder 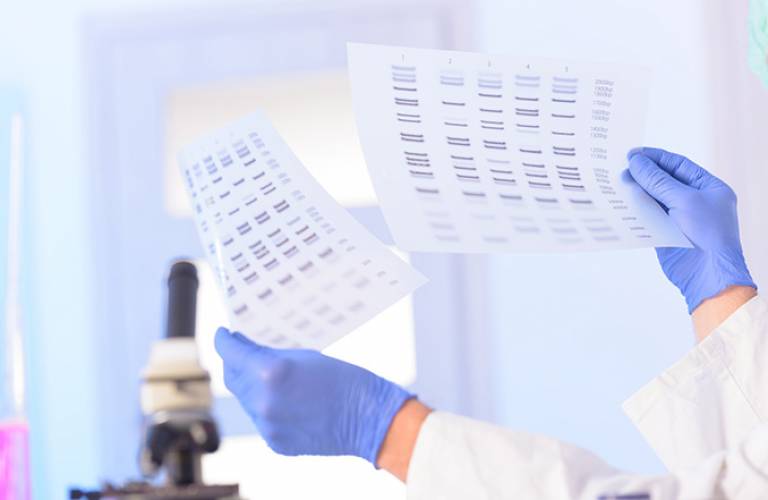 Research by Professor Elizabeth Shephard and coworkers has led to identification of the genetic origin of Trimethylaminuria, previously known as fish-odour syndrome, resulting in genetic diagnosis, genetic counselling and the publication of guidelines for treatment and diagnosis.

Trimethylaminuria (TMAU) is a rare but distressing disorder in which sufferers excrete large amounts of trimethylamine in the breath, urine and sweat, resulting in an unpleasant body odour similar to rotting fish, or, in some individuals, rotting garbage. About one person in every 40,000 is affected.

The identification of the gene that causes TMAU has transformed understanding of why some individuals have an extremely unpleasant 'fishy' body odour. Prior to a 1997 paper, based on research conducted by Professor Shephard in collaboration with the groups of Professor Ian Phillips, Queen Mary University of London and Professor Bob Smith, Imperial College, which proved that TMAU is caused by mutations in the FMO3 gene, affected individuals were presumed to have poor hygiene. Individuals with TMAU can suffer social isolation, depression, rejection and higher than normal suicide rates. In some cases, because the odour is episodic, medical practitioners assumed the symptoms to be imaginary and resorted to psychiatric referral and prescription of antidepressants or antipsychotics. This could lead to even worse outcomes, as many of these drugs are substrates for FMO3, and the limited enzyme activity that the patient has is then occupied by drug detoxification.

The unusual nature of TMAU has led to close links between researchers and patients developing in the course of the research described above, which continue today. In 2010, the patient advocacy group MEBO was founded, and Professor Shephard (UCL Structural & Molecular Biology, Division Biosciences) has acted as scientific advisor to this group since 2011. MEBO provides support and advice for those who suffer from TMAU with registered branches in the US, UK and Europe. It now has around 1,200 members worldwide. In January 2012.

Professor Shephard has presented lectures and webinars on her research for MEBO to explain the science behind TMAU to those with the condition. These talks were presented at the MEBO Research Body Odor and Halitosis meet-ups in Washington (2011) and Miami (2012). She posts on the MEBO website and assists with lay postings on the disorder on the organisation's blog. She has also helped patients to write articles about their experience; for example, one such article was published in the Daily Mirror and internationally. In 2012 she assisted another patient with an article for the Royal College of General Practitioners' InnovAiT journal. The disorder has been featured in television and radio programmes, and in the press, with Professor Shephard often acting as adviser or interviewee. This coverage has helped to increase public awareness of the disorder.

Following the discovery that TMAU is due to mutations in the FMO3 gene, private testing facilities began to offer a diagnostic test. Subsequently, the NHS added the test to their list of genetic tests, and testing is also available elsewhere in the world. Since 2008 more than 400 patients have been tested. In the UK, Professor Shephard assists with the sequencing reads and explanation to patients. In 2011 she and two collaborators published the European guidelines (Clinical Utility Gene Card) for genetic testing of TMAU, which were updated in 2014. This provides guidelines for the medical profession and genetic testing industry.

UCL work on TMAU has led to increased understanding by the medical profession of the genetic basis of the disorder of body odour. In 2007 at the invitation of the National Institutes of Health in the USA, Professor Shephard co-authored an online TMAU resource for patients, public and the medical profession. The resource provides information on the disorder, its treatment and its diagnosis. A spokesman for the patient advocacy group, MEBO, states: "This is the resource which we recommend to everyone who wants information on TMAU." Professor Shephard also contributed to the NHS Choices page on trimethylaminuria in 2013.

Funded by the Wellcome Trust and by the MRC.