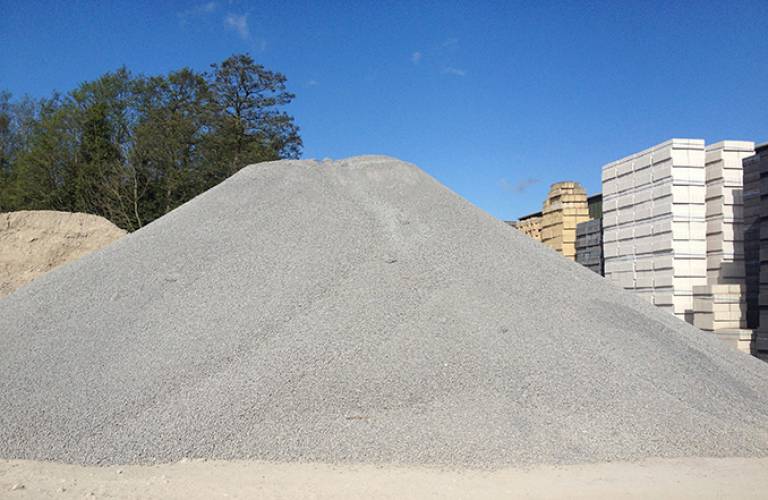 A new recycling process that turns a by-product from waste incineration into lightweight, carbon-negative aggregate is helping companies meet environmental and sustainability targets and reduce CO2 emissions. The technology converts industrial waste into a less hazardous form for cheaper disposal, as well as into aggregate for the construction industry.

Incineration is increasingly used to convert municipal solid waste into energy, but the process leaves behind a hazardous waste residue, known as fly ash. Fly ash is a growing disposal problem in the UK and Europe, where the amount of municipal solid waste diverted from landfill and sent to incinerators is growing exponentially. Researchers at UCL and the University of Greenwich developed an effective treatment method for the waste, known as accelerated carbonation, which uses CO2 gas to render the ashes non-hazardous. In 2006, they set up a company, Carbon8 Systems, to commercialise the technology. It can produce a less hazardous waste suitable for cheaper disposal, and an aggregate for use in construction.

In collaboration with masonry products company Lignacite, Carbon8, through its subsidiary, Carbon8 Aggregates, has turned this aggregate into an award-winning building block that captures more CO2 than is emitted during its manufacture. The Carbon Buster block, launched in May 2013, is made up of more than 50% recycled material and won the Best Recycled Product award at the 2013 National Recycling Awards. In the UK, Carbon Buster customers, mainly construction companies, gain credits under environmental schemes run by the Building Research Establishment and the Code for Sustainable Homes, which enables them to construct homes with attractive sustainability ratings. Using the recycled blocks allows manufacturers to avoid a tax of £2 a tonne levied by the UK government on these natural aggregates, while also contributing to the disposal of CO2 waste: blocks produced from the fly ash of waste incinerators encapsulate 14kg of carbon dioxide per tonne.

Our transition to a low carbon economy will be a key driver of our future economic prosperity. Carbon8 Systems ... are at the forefront of this transformation. Their innovation and expertise demonstrates why the UK is one of best places in the world for low carbon business - Prime Minister Gordon Brown

There is great interest in Carbon8's technology as a means of mitigating costs and adding value to waste streams, following tightened UK and EU regulations on the management and disposal of waste. In 2011, Defra incorporated a recycling option into its guidance on the management of this waste, in relation to the requirement for UK companies to reduce their waste streams as much as possible to meet the EU's Waste Framework Directive. Also opening up new markets is the Environment Agency's removal, from 2015, of the Waste Acceptance Criteria derogation that allows operators to send waste to landfill. The technology provides energy-from-waste (EfW) plants with a true zero waste to landfill option, which helps with planning applications for new plants. The EfW industry in the UK is currently worth around £6 billion, which is expected to rise to £30 billion in the next 10 years.

Carbon8 Aggregates is currently awaiting approvals for the construction of plants two and three, which should be completed within the next six to 12 months.