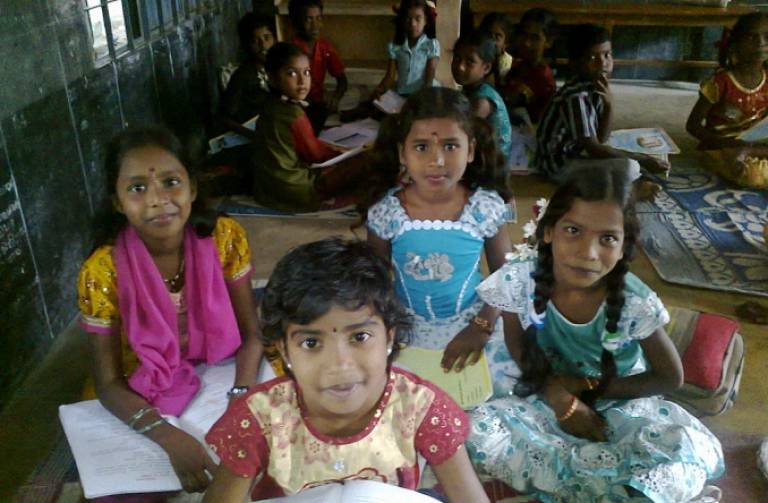 Professor Angela Little's work raised the profile of primary education in Sri Lanka, which was hampered by low status and inadequate funding, and improved the life chances of disadvantaged children, particularly those on tea plantations.

Professor Angela Little produced a huge body of research on education in Sri Lanka whilst Professor of Education and International Development at the UCL Institute of Education from 1987 to 2010. Between 1993 and 1995, she conducted action research in plantation schools, and has also acted as an advisor to the Sri Lankan Ministry of Education.

Through this body of work, Professor Little helped the World Bank implement its US$70m Sri Lanka Education Sector Development Project (2009-11). The Bank confirmed that she was also "the main contributor to the design of support for primary education" when it was planning its next investment (2012-17) of US$100m in Sri Lankan schooling.

Professor Little also produced an evidence-based case that convinced the Australian government to make a grant of Aus$37m for the establishment of a World Bank-managed trust fund to enable further money to be channelled to Sri Lankan education. This is not the only substantial grant that her work secured to support education in this country; she wrote the design document for the establishment of the national education research centre, funded by the World Bank and based at the University of Colombo since 2000.

Professor Little's research has created awareness of the importance of treating primary education as a separate and foundational stage of education, of giving attention to the needs of small schools and of investing in the education of Sri Lanka's plantation communities. She has drafted highly-valued technical documents for Sri Lanka's education planners, and her guidelines on preparing medium and long-term provincial plans are used by planners at national, provincial and zonal levels.

Traditionally, primary schooling has not been a separate stage of education in Sri Lanka, but has been an integral part of general education (Grades 1-13). This has exacerbated the status and resource problems of primary education. However, in recent years - largely thanks to Professor Little's urging - the Ministry of Education has accorded a separate section and, crucially, budget line for primary schooling within its national education plan. The budget line proposal came out of the 2000-2005 plan for primary education, whose drafting team Professor Little led. Her writings on primary education reform in Sri Lanka have been translated into Tamil and Sinhala, and have formed the basis for many policy proposals on the development of primary education.

There has been a profound impact for plantation communities and primary-age children who have benefited from government policies influenced by her research and from investment programmes that she helped to plan and implement. Her book Labouring to Learn highlighted the magnitude of teacher shortages in plantation schools, provided the rationale for additional funding for disadvantaged schools, and convinced Sri Lankan policymakers that they should prioritise this issue.