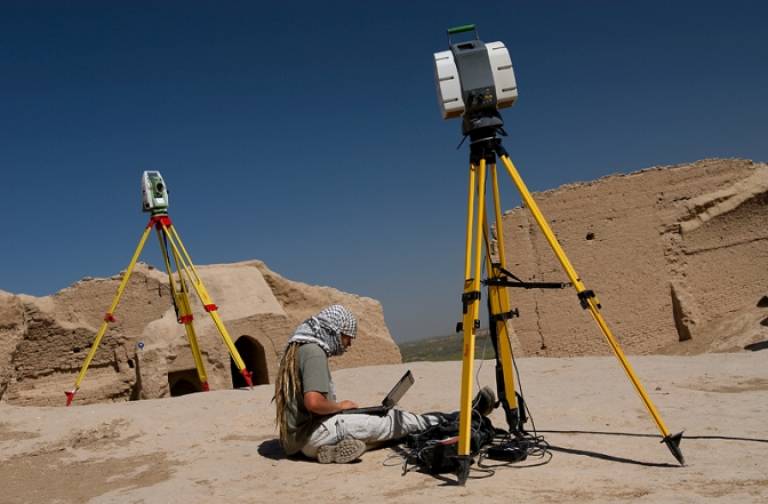 UCL research at Merv, Turkmenistan, was a model for regional heritage management, and an ICOMOS thematic study underpinned the UNESCO transnational World Heritage nomination of the Silk Roads and led to a radical new policy framework for undertaking serial nominations.

The World Heritage list comprises sites listed by UNESCO as being of special cultural or natural importance to the common heritage of humanity. Until recently, applications have largely been for sites managed as single properties, usually within a single country. Yet many sites extend across national borders and are subject to very different management regimens.

Tim Williams (UCL Institute of Archaeology) led a research project in support of one such serial transnational nomination: the Silk Roads thematic study, undertaken for ICOMOS, and intended to help 26 countries identify and conserve potential sites and provide a wider intellectual context for the Silk Roads, stretching from East Asia to the Mediterranean between the 2nd century BC to the 16th century AD. This led to the development of a new holistic approach to the archaeology of these historic trade routes, focusing on 'corridors of movement' rather than narrowly defined routes between cities or monuments.

This work helped transform the approach of the 26 partner countries to the nomination process. 'Corridors of movement' was adopted as the conceptual base for the nomination strategy in 2011, and implemented through two nominations in 2012, with several more dossiers under development. This also created an overarching vision for the Silk Roads Statement of Outstanding Universal Value (which contains key references for the effective management and protection of the World Heritage Site), which was agreed amongst the nominating countries in 2012. This agreement resolved over a decade of unfruitful discussion and led to UNESCO commissioning UCL researchers to write a thematic study on Silk Roads nomination for India, Bhutan and China in 2014.

This conceptual breakthrough has already shown benefits to how heritage is managed. The nomination dossiers demonstrate the effect through attention to smaller sites, approaches to sustainable development and integrated educational programmes. The emphasis on a holistic approach has led to high-level government meetings in the region to plan transnational tourism initiatives. 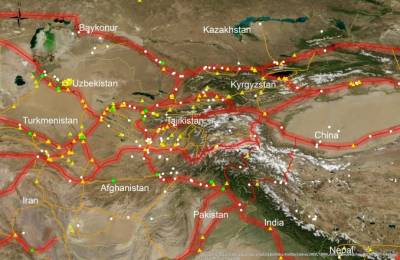 Williams' work was based on long-running UCL research at one of the major Silk Roads sites: the ancient city of Merv in Turkmenistan. Starting with a project led by Professor Georgina Herrmann in 1992, and continuing with the Ancient Merv Project directed by Tim Williams, the UCL Institute of Archaeology has conducted decades of wide-ranging work including documentation, excavations, aerial surveys, heritage management and the development of datasets. These have been influential both at Merv, and more broadly in heritage management in Turkmenistan and Central Asia. Professor Herrmann's research in the 1990s led to the listing of Merv itself as a World Heritage Site. UCL researchers subsequently drafted a management plan (2012-2017) and carried out conservation work addressing the particular needs of Merv's earthen architecture.

This research developed the Turkmen approach to internationally recognised minimum standards of intervention rather than extensive restoration. Researchers have trained Turkmen museum and park staff and established effective systems for storing and displaying objects.

The Merv management plan prompted specific advances in heritage protection, including the national implementation in 2013 of 'buffer zones' to prevent incursion for all the 5,000+ designated monuments in the country. Other Central Asian republics have requested Russian translations of the plan for their own reference.

Merv has been a model for digital recording; in 2009, it was a featured case study at the launch of CyARK's 500 initiative recording the world's most important heritage sites. An urban archaeological recording manual was developed specifically to address the complexities of earthen architecture in Central Asia, and to accommodate advances in digital recording. This is now used throughout the country and in Uzbekistan and Kazakhstan.

Locally, the research project has provided interpretive information which was synthesised in 2009 into a pack to train tourist guides, and a teachers' handbook which has contributed to school visits increasing from 25 per year in 2003 to 500 in 2012. The teachers' handbook has been requested by managers at all seven State Archaeological Parks, and been translated for use in Tell Balata, Palestine.