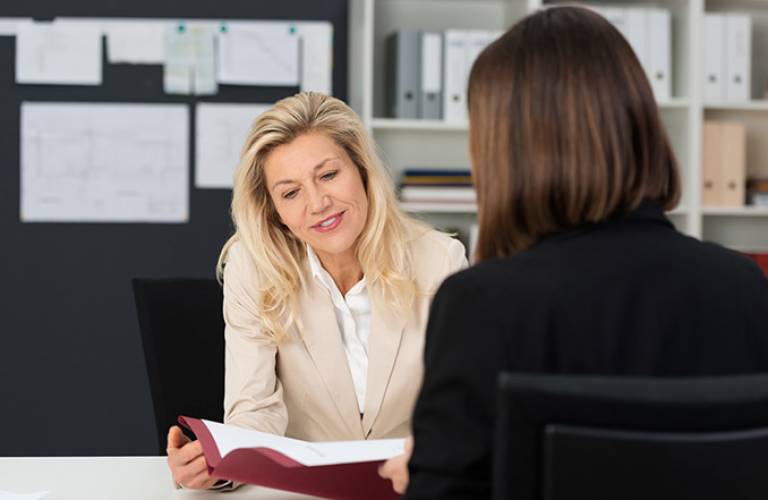 The Trait Emotional Intelligence Questionnaire was developed at UCL in 2001 as a measurement tool for trait emotional intelligence theory. It is used worldwide by businesses and other organisations to improve performance and develop staff. Over the years, it has helped enhance the mental health and wellbeing of thousands of individuals.

Dr Dino Petrides (London Psychometric Laboratory - UCL Psychology and Language Sciences) developed new instruments for measuring and assessing emotional intelligence, re-conceptualised as a set of personality traits, rather than an IQ-type variable. The Trait Emotional Intelligence Questionnaire (TEIQue) has converted UCL's scientific research into a practical tool that is now used across a wide range of organisations, including businesses and educational establishments. Its success is evident in the very high volumes of commercial usage (thousands of TEIQue reports are generated around the world each month). Trait emotional intelligence theory and the associated range of TEIQue materials are now at the forefront of international psychometric research, yielding concrete and substantial mental health and financial benefits.

Two recent meta-analyses have demonstrated the value of the TEIQue, recommending it as a measure of choice for medical research, and one that is psychometrically superior to other emotional intelligence measures in the literature. Trait emotional intelligence has been used to predict (among many other outcomes): academic performance and pro-social behaviour in vulnerable pupils; occupational achievement and organisational commitment in employees; self-harming in teenagers; and anxiety and worry during the diagnostic cancer pathway.

Using the TEIQue with our Executive team stimulates self-awareness and provides a real insight into their emotional strengths and limitations. … The effects of the TEIQue trickle down from the senior team members and this has a significant effect on the atmosphere of the whole organisation. Sara Andrews, General Manager, People and Development, Saffron Building Society

These research findings have been put to practical use in the fields of education, training, and business. In the field of education, St Benedict's independent school sought to improve the performance and behaviour of underachieving and disruptive students using TEIQue materials. One adolescent pupil diagnosed with depression experienced poor peer-relations and underperformed academically. Feedback on her TEIQue profile enabled her to get her concerns out into the open and, as a result, to feel happy just to be herself. In turn, this empowered her to put maximum effort into her studies. She also observed an improved ability to recognise and manage her moods, which helped her retain a positive outlook.

The TEIQue was one of three assessments used on a group of Year 10 pupils and led to a reduction of over 90% in external exclusions, internal inclusions, removals from class, and negative referrals. Positive referrals were reported to increase from one before the assessment to 28 after assessment feedback had been given. Year-end GCSE results increased by 6% and were significantly ahead of expectations, with performance in English and Maths increasing by 10%. In that particular application, the TEIQue was ranked by the pupils as the most useful of the three psychological instruments employed.

Thomas Education is a new venture seeking to expand the distribution of the TEIQue in education. This initiative aims to maximise student potential and staff performance in secondary schools through the use of a suite of behavioural assessments in which the TEIQue features prominently.

The TEIQue has also been used to improve staff performance in numerous businesses and other organisations. For example, UCL research has systematically investigated self-awareness and peer-relations. This was very useful to the Doyle Hotel Group as it refocused its business strategy from bedrooms to food provision and sought to retrain all of its Head Chefs with particular emphasis on self-awareness and teamwork. UCL has also extensively investigated the impact of trait emotional intelligence on stress, which proved especially relevant for BI Worldwide in their effort to reduce stress levels among their workforce.