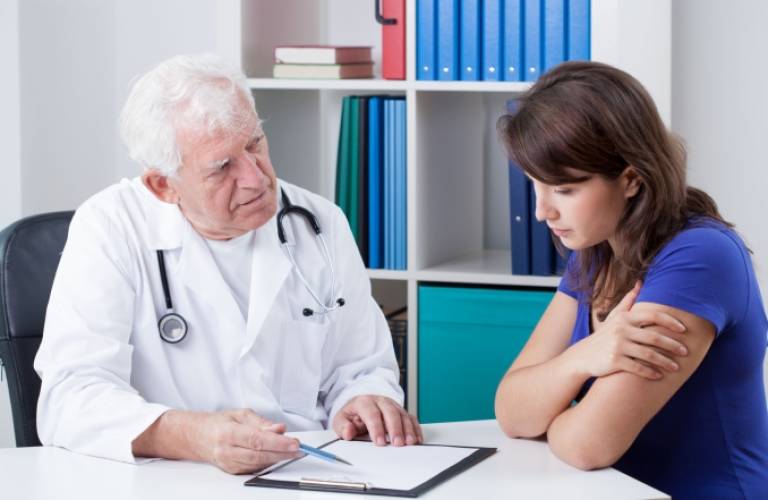 Research at UCL has transformed the breast cancer treatment paradigm so women can receive one-off radiation therapy focused to the tumour bed whilst undergoing a lumpectomy using the TARGIT technique. This avoids the three- to six-week course of radiotherapy, with reduced toxicity, and can spare many women unnecessary mastectomy.

External beam radiation therapy (EBRT) for breast cancer is used to reduce the risk of cancer returning after a cancerous lump in the breast has been removed. However, this treatment needs patients to attend daily for three to six weeks, which may be difficult or impossible when the radiotherapy centre is far away. This is particularly the case in many parts of the developing world, but also affects women in Europe and the USA. Such patients will often opt for a mastectomy instead of radiotherapy, or face a higher risk of recurrence if they don't take radiotherapy at all.

In the early 1990s, Professor Jayant S Vaidya at Tata Memorial Hospital, Mumbai, observed that well over 90% of breast recurrences in the conserved breast appear in the original tumour bed. This was despite his finding that in over two-thirds of cases, a breast with a small cancer also had cancers in other parts of the breast. He hypothesised that these other cancers may not be clinically important and radiotherapy to only tissues around the cancer may be enough. In 1998, he moved to UCL and worked with Professor Michael Baum and Professor Jeffrey Tobias. Together, they developed and tested a novel treatment, proposing that radiotherapy be limited to the tumour bed and administered as a 'one-off' radiation treatment at the time of surgical removal of the cancer (lumpectomy), avoiding the expensive 15- to 30-day course of radiotherapy and sparing many an unnecessary mastectomy. This became the TARGeted Intraoperative radioTherapy (TARGIT) technique.

The group and international collaborators from 33 centres in 11 countries conducted clinical research over the next 15 years. In their TARGIT-A trial of 3,451 patients, they found that cancer control rates using TARGIT were similar to EBRT - and that the treatment also results in significantly fewer non-breast cancer deaths mainly from cardiovascular causes and other cancers.

Over 200 breast cancer teams worldwide now use TARGIT. The busiest centre has treated over 500 cases and manufacturers Carl Zeiss report that in all, over 8,000 patients have been treated with TARGIT. The research has attracted considerable interest from both the scientific and lay press. In 2014, the National Institute for Health & Care Excellence published draft guidance recommending the use of TARGIT in routine practice, and work continues to promote and refine this important development.