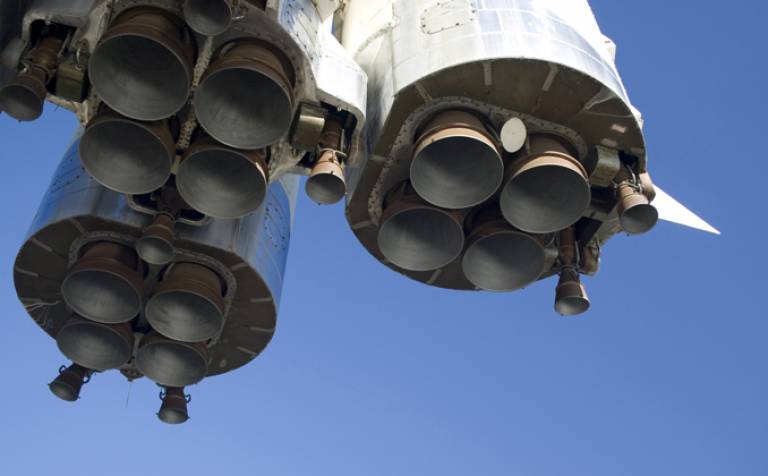 UCL Space & Climate Physics designs and builds space instruments and associated on-board software for space missions. It has supplied imaging sensors for the European Space Agency missions Gaia and Euclid, as well as equipment that will fly on European and Indian space missions.

The department (also known as the UCL Mullard Space Science Laboratory, or MSSL) at UCL has built up expertise in space science from its 40 years of space programmes. One of its main functions is to design and build space instruments and on-board software for space missions, through which it has helped strengthen the UK space industry.

The commercial space sector is highly internationalised; within Europe, it is dominated by multinational prime contractors (including Airbus Defense and Space, which has a major UK presence in Astrium UK). UCL MSSL's role has been to provide, in a competitive marketplace, essential skills and technologies as part of major satellite projects. This is in line with the 2010 UK Space Innovation and Growth Strategy (IGS) and the UK Space Agency Civil Space Strategy. The IGS provides a framework for government support and investment for the space sector up to 2030, and recognises the strength of the UK space sector. 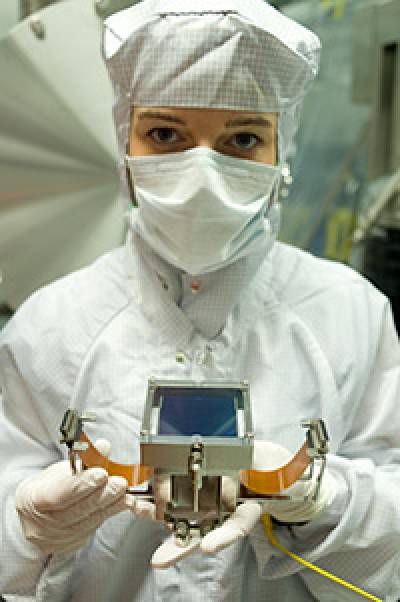 UCL MSSL's long-running programme of research and development in space science and engineering has helped space companies secure and complete major contracts. For example, through collaboration with UCL, e2v Ltd., a manufacturer of charge-coupled devices (CCDs), has won contracts to supply CCDs for the European Space Agency (ESA) missions Gaia and Euclid.

UCL MSSL itself has completed a number of contracts with European and Canadian space companies, winning these contracts in a competitive environment against low-cost industrial suppliers. Recent examples have been to supply equipment that will fly on European and Indian space missions and supporting the ground testing of those missions. By acting as a specialist provider within the UK space sector supply chain, UCL MSSL has also had an impact on the space companies European Astrium Aerospace and Canadian Routes AstroEngineering, which hold contracts with space agencies - including the ESA - for the supply and testing of equipment that will form part of satellites or space probes. Astrium and Routes in turn contracted out this work to UCL MSSL, whose extensive prior research into the development and testing of space equipment enabled it to successfully meet the requirements of the space companies.

In multiple contracts with Astrium, UCL MSSL has supplied or tested equipment for two scheduled space missions: the NASA/ESA James Webb Space Telescope (JWST, the replacement for the Hubble Space Telescope), due to be launched in 2018; and Gaia (ESA's next generation astrometry mission to map the Galaxy), which launched in December 2013.

For JWST, UCL MSSL built equipment for both on-board calibration and ground testing of the telescope's NIRSpec instrument, providing industry with specialist expertise in inflight, stable, optical calibration that was not otherwise available. The Gaia work involved the testing and integration of over 100 CCDs and their associated electronics for the mission.

Routes AstroEngineering contracted MSSL to supply equipment for the Indian Astrosat mission, due to be launched in 2015. UCL MSSL built the high voltage power supplies for Astrosat's UV telescope, equipment that will support the image intensifiers that detect UV radiation from astronomical objects under study.