Supporting the development of a UK e-infrastructure strategy 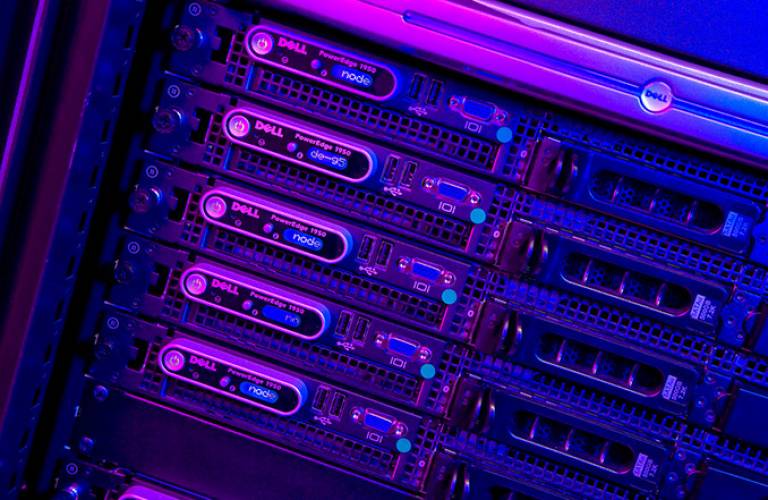 UCL research supported the development of the 2011 Strategy for the UK Research Computing Ecosystem, recommendations from which have informed government decisions to set up an advisory E-Infrastructure Leadership Council and to allocate £354 million to improving the UK's high-performance computing capabilities and wider infrastructure.

E-infrastructure, the system of distributed computational technology and resources, is crucial to innovation across numerous sectors. Users exist in the automotive, pharmaceutical, software and hardware industries, charity-funded research laboratories, and publicly funded research institutes such as the Met Office, Culham Centre for Fusion Energy and Atomic Weapons Establishment. E-infrastructure is essential for these and other sectors to capitalise on the many opportunities provided by developing technologies.

The new strategy has been especially beneficial in terms of redressing previous problems with e-infrastructure, such as a fragmented funding regime and lack of either a coordinated policy or single coordinating stakeholder representation body, both of which discouraged business involvement, inhibited inter-organisational collaboration and resulted in a loss of UK capacity to compete internationally in the field.

Policy decisions and strategic investment to alter this situation have been informed by the Strategy for the UK Research Computing Ecosystem report, the development of which was led by Professor Peter Coveney (UCL Chemistry), drawing on a substantial body of research at UCL on computational chemistry and e-infrastructure. Commissioned by the UK e-Science Institute, the report was published in 2011 following consultation with the then-Universities and Science Minister, David Willetts. Its recommendations included setting up an independent coordinating body to govern e-infrastructure; driving the development of software, hardware and networking for all stakeholders (including national supercomputing service providers and Research Councils); and offering e-science training to develop the next generation of computationally aware researchers.

In turn, the Strategy report informed A Strategic Vision for UK e-Infrastructure, a key policy document commissioned by Willetts and published by the Department for Business, Innovation and Skills in 2012. This addressed the advanced computational capacity of the UK as a system (i.e. as an e-infrastructure), and proposed a series of recommendations on software, hardware, networks, data storage and skills to help develop this. In so doing, it drew very clearly on specific recommendations made in the Strategy report.

In March 2012 the government responded directly to the first of these recommendations by creating the UK E-Infrastructure Leadership Council, whose remit includes both advising the government on e-infrastructure development and developing a plan for wider stakeholder engagement including, for example, among industry and healthcare organisations.

These documents (primarily the Strategy report) have informed major governmental funding decisions. In 2011 the government earmarked £145 million (increased to £165 million in early 2012) to improve the UK's high-performance computing (HPC) capabilities and wider e-infrastructure, and analysis in the Strategy report was subsequently used to leverage a commitment in the 2012 Autumn Statement to provide a further £189 million of investment.

The investment has already resulted in improvements to existing e-infrastructure such as the UK academic network JANET and high-capacity data storage across the Research Councils. It has also funded various HPC activities in the UK including Emerald (one of the largest Graphics Processing Unit systems in Europe, now located in the Rutherford Appleton Laboratory in Daresbury) and IRIDIS, a conventional 100-teraFLOPS supercomputer located at the University of Southampton. These activities have vastly increased the computing capacity and capability in the UK, as well as attracting hi-tech industry from overseas and global companies including IBM, Intel and Cisco.