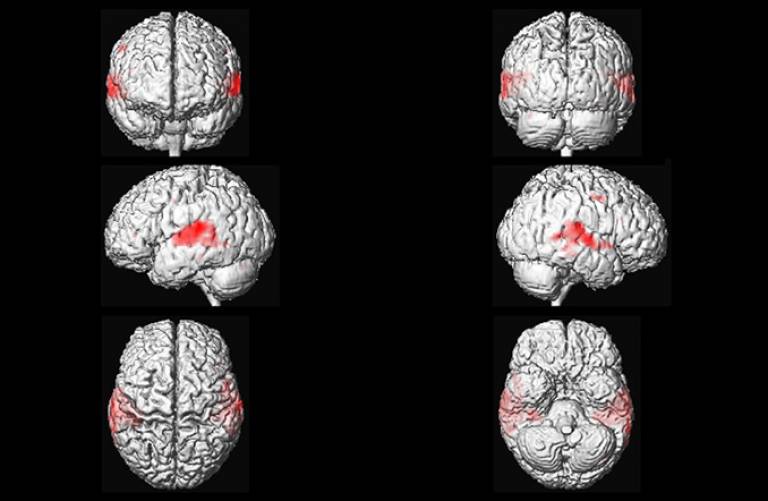 Research at UCL led to the development of a statistical framework and software package for analysing human brain signals measured in brain (e.g., magnetic resonance) imaging scanners. This has catalysed the emergence of a new field of imaging neuroscience, with benefits not only to healthcare practitioners and patients, but also within industry.

Statistical Parametric Mapping (SPM) is the name both of a statistical framework for analysing brain images and of a software package that is now a standard in imaging neuroscience. The SPM code was first developed by Professor Karl Friston (UCL Institute of Neurology) in 1991, at the Hammersmith Hospital. When he and colleagues opened the Wellcome Trust Centre for Neuroimaging at UCL in 1994, Professor Friston generalised SPM to analyse data produced by functional Magnetic Resonance Imaging (fMRI) which was, at that time, an entirely new approach to brain imaging.

SPM is used to produce an image - a 'statistical parametric map' - indicating statistically significant changes in brain activity. These changes can then be related to human behaviour, allowing imaging neuroscientists to 'map' the human brain, identifying specific areas responsible for sensory, emotional and decision-making processes.

Since 2000, further research at UCL has extended the application of the SPM beyond functional imaging to the analysis of data generated by structural MRI and magnetoencephalography (MEG) and electroencephalography (EEG). These advances have helped neuroscientists' to better understand important aspects of brain structure and function; namely by identifying differences in grey matter density among or between different groups of patients, and detecting changes in brain pathways (i.e., connectivity), rather than brain regions.

The development of SPM provided the first theoretical framework for - and user-friendly software to support - imaging neuroscience, underpinning the establishment and dramatic growth of an entirely new scientific field. SPM is now the most widely used software package for brain imaging analysis worldwide. The SPM software, which is used predominantly by academic neuroscientists, healthcare professionals and neuroimaging consultants, is released under a General Public Licence, meaning that users are able not only to run, but also to share, study and modify it, enabling the development of new technologies by the brain imaging community. To further enhance its accessibility, UCL researchers have helped develop a range of short courses explaining SPM's main theoretical concepts and proving hands-on tuition in its use to both academic and non-academic end users. That training is now delivered across the world.

The establishment, using SPM, of imaging neuroscience has proved beneficial to a very wide range of individuals and organisations, including the many patients who have benefitted from the subsequent development of new technologies and techniques to improve clinical care. SPM is, for example, used to improve pre-surgical planning for brain surgery, with surgeons using SPM images to ensure that critical brain regions are not inadvertently damaged during these procedures.

More broadly, SPM is also used across the global pharmaceutical industry, wherein SPM approaches are routinely used to support the development of new and improved drugs for major health issues from depression and dementia to epilepsy and schizophrenia. Here, medical imaging is used as a 'biomarker': if drugs are effective they will change activity in specific brain regions; the SPM software allows drug development experts to assess whether this change is statistically significant and, therefore, whether the drug is working as it should do.

The development of SPM has also delivered substantial commercial benefits both to the companies that create and distribute the software packages upon which SPM is built, and to a number of companies that have developed commercial software products based, in part, on the ideas and framework underlying SPM. These new products include software now installed on all the major MRI scanners sold around the world. The software supporting the analysis and visualization of data sets generated using those MRI scanners is currently in use by approximately 4,000 scientists and clinicians.

Beyond its benefits to pharmaceutical, software development and equipment manufacturing companies, SPM has had a profound effect on the emerging field of neuro-marketing, wherein it is used to detect, for example, which of several sets of advertisements produce significantly larger responses in relevant brain regions. It has also supported the creation of new commercial organisations offering deception detection services and been used to help provide part of a new evidence base to evaluate illegal drugs.