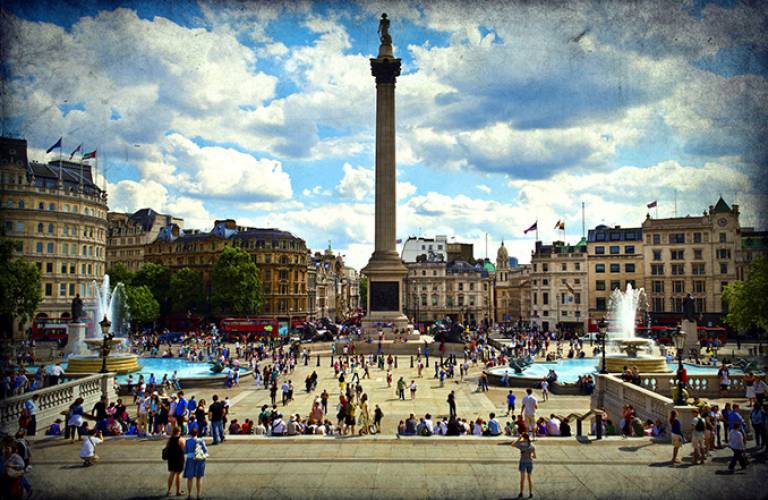 Space Syntax Ltd, a spin-out company established by UCL researchers, has informed the development of more than 600 projects around the world, significantly improving urban environments, with both economic benefits and impacts on the quality of citizens' lives.

Space syntax was pioneered between the mid-1970s and 1990s by Professor Bill Hillier, Professor Alan Penn and colleagues at the UCL Bartlett School of Architecture. It is a means of including spatial configuration as a variable in the analysis of socio-economic function, cultural significance and behavioural implications of spatial design. Built on empirical observations, space syntax theories can be used to predict how a space will be used in practice, and thus allow for the strategic planning of public spaces.

These theories were executed in practice through Space Syntax Limited, a technology transfer spin-out company whose high-profile projects include the redevelopment of Trafalgar Square in 2003 which led to a 250% increase in pedestrian activity; a 900% increase in its use as a pedestrian through-route; and transformed public perceptions of Trafalgar Square as a destination.

An example of the regenerative and economic impacts of this research is in the £7 million regeneration of Old Market Square in Nottingham. In 2003, Nottingham City Council began work to transform this then dysfunctional urban space in a high traffic, politically sensitive, and historically listed area. The regeneration drew heavily on UCL research for strategic design, pedestrian movement forecasts and detailed spatial analysis. In particular, the project's success was considered to be heavily dependent on its ability to tempt visitors to linger in the area, rather than simply serve as a thoroughfare.

After the square reopened in 2007, it won multiple awards, including three Civic Trust awards. Its usage has been significantly diversified and increased: it hosts many events throughout the year, including an annual German Market in winter and the Nottingham Riviera in summer. While other East Midlands towns saw a decline in footfall, Nottingham saw an increase, which helped to support local businesses.

Only the churlish would fail to acknowledge the difference that the multi-million investment in the Old Market Square has made to the heart of our city. - Nottingham Evening Post 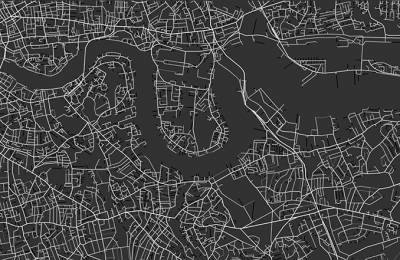 Further afield, the space syntax team has been involved in a long partnership with the city of Jeddah. This began in 2006, when Space Syntax Ltd was commissioned by the Jeddah Municipality to provide spatial development strategies for the city, the population of which had increased from 2 million in 1993 to 3.2 million in 2010. Despite the very different social and environmental context of Saudi Arabia, the principles of space syntax accounted for land use and movements even in unplanned large and highly populous unplanned settlements.

Space Syntax Ltd has since informed planning and decision-making processes affecting the whole city. Since 2008, the company has worked on six projects valued at over £1.5m, to develop regeneration strategies and development plans for more than 50 of the most challenging areas of unplanned settlement, with an estimated total population of 1 million. These projects have informed Jeddah's draft strategic plan.

These projects also informed a mega project commissioned in 2013 to inform the development of Jeddah Sub-regional, Structural and Local Plans. Space Syntax Ltd is collaborating with AECOM to provide analytical models of the city. The project will produce city plans for the next 20 years, affecting millions of current and future residents of Jeddah and accounting for the use of billions of riyals.

Already, the city's department of unplanned settlement is using these plans to issue planning permissions in 25 unplanned settlements with a total population of over 500,000. Following Space Syntax Ltd's recommendations, all categories of unplanned settlements were designated to specific authorities or public-private partnership companies for further actions. The physical transformation of two of these areas (Al-Ruwais and Khozam) commenced in 2011 and is now occurring in another six areas. The municipality of Jeddah has also started physical interventions based on Space Syntax Ltd's recommendations in another eight central areas, including the highly populated areas of Al-Balad, Betrumin and Qulail, which will transform how Jeddah residents inhabit and move through their city.