The science of art 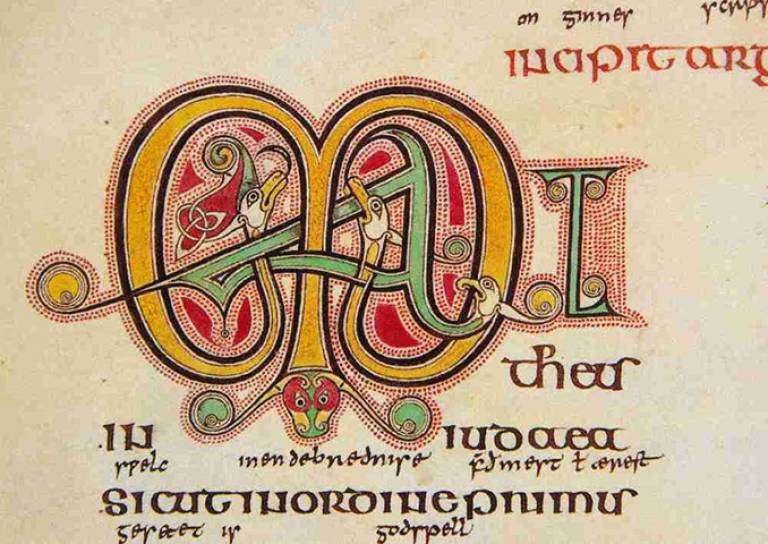 The use of Raman spectroscopy (RS) to identify pigments and dyes on artwork and artefacts was pioneered by UCL Chemistry in the late 1980s and is used worldwide today by conservators and scientists. The information it provides gives a basis for establishing whether the artwork is forged or genuine.

In 2009, Professor Robin Clark (UCL Chemistry) worked with London's Victoria & Albert Museum to assess five miniature paintings, and found that they were all modern forgeries by the 'Spanish Forger', an unidentified forger who worked in the late 19th and early 20th centuries. On another painting, an illuminated Bourdichon miniature, the detection of metallic bismuth added to historians' knowledge of trade routes and pigment availability in medieval Europe. In all, the V&A studies around 150 objects each year using the technique, with results not only dating and authenticating collections, but also helping curators determine whether objects are appropriate for proposed exhibitions and affecting their conservation.

Using their own RS system, V&A staff have been able to investigate distinct 'fingerprints' of pigments for different artists, changing the attributions of three portrait miniatures: the original Tudor portraits of 'Mr and Mrs Croker', which have suffered from troubled attribution histories, were attributed to English goldsmith Nicholas Hilliard or his workshop; and a third portrait miniature was reattributed from painter Isaac Oliver to Hilliard or his workshop.

Conservators around the world now use RS. At the British Library, researchers collaborated with Clark to examine the Lindisfarne Gospels (created from AD 715-721) using RS, as little was known about the materials and methods used in making the manuscripts. This revealed that the blue colour, rather than being the rare pigment lazurite, in fact came from indigo, which was readily available in England in the eighth century. Earlier studies of the gospels had implied that there was a trade route in the eighth century between Afghanistan - the location of the only source of lazurite at the time - and Northumberland; in fact, the UCL work found the earliest use of lazurite on an English manuscript to be more than two centuries later. Interesting studies of astronomical and cartographic Islamic folios held at the Bodleian Library, Oxford, were also carried out in 2005, helping build up knowledge about the production at this time in Egypt of secular, illuminated Arabic manuscripts as distinct from Korans.

In a further study, the identification of key pigments on 'Young Woman Seated on a Virginal' supported work by UCL History of Art, by providing evidence consistent with reattribution of this painting to Johannes Vermeer. The research led to the sale of this painting by Sotheby's for £16.2 million in 2004.

In 2012, in partnership with Cincinnati Art Museum, a combination of RS and X-ray fluorescence spectroscopy were used to map the location of specific pigments in Vincent van Gogh's painting of 1890 Undergrowth with Two Figures. A computer reconstruction that is now displayed to the public revealed the original appearance of the painting's white flowers.

By using RS to ascertain and understand the chemical behaviour of specific pigments, conservators are able to control the display and storage schedule to reduce degradation, understand and update conservation records, add support to conservation strategies, and also provide instructions to readers about certain items for which there may be a health and safety impact. For example, conservators are required to wear gloves where poisonous arsenic-containing pigments are identified, which can be common in Indian manuscripts.