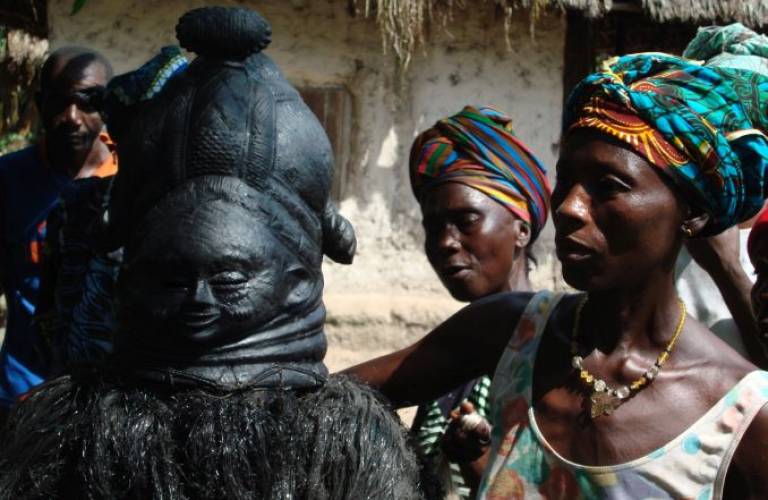 UCL's Reanimating Cultural Heritage project has contributed to a new awareness among Sierra Leoneans at home and abroad of the significance of their country's heritage, and helped develop the capacity of cultural institutions to contribute to strengthening civil society.

Sierra Leone is one of the poorest countries in the world. Having begun to rebuild infrastructure and confidence after years of civil war and political turmoil, it has again been plunged into crisis due to the catastrophic ebola epidemic. In the international imagination, media representations of child soldiers and brutality are being replaced by images of protective bodysuits and diseased bodies. The Reanimating Cultural Heritage project reminds us, however, that there is more to Sierra Leone than poverty, victimhood and suffering.

" When the project started about five years ago, the Museum was regarded as a dusty place full of old things and did not attract much attention either from visitors or the Government. Now the Museum is vibrant and full of life. It is an interesting place to visit and our Government is at last beginning to recognise the significant role the museum can play in society and in promoting Sierra Leone more positively internationally. - Josephine Kargbo, Curator, Sierra Leone National Museum

An important aspect of this project was the development of the Sierra Leone Heritage website which, for the first time, presents and contextualises Sierra Leonean collections held by the Sierra Leone National Museum, the British Museum and other major UK museum collections. It also includes historical ethnomusicological recordings from the British Library Sound Archive and the Cootje van Oven Collection. The project team collaborated with Sierra Leonean NGOs to produce specially commissioned videos showing the now lifeless museum objects in use, bringing them back to life.

The project team worked closely with the Sierra Leone National Museum, providing training and capacity building, and helped transform it into a vibrant hub of cultural and educational activities. This included workshops for staff members on collection management, conservation and storage, and facilitating the digitisation of its collections. It also included a fruitful collaboration with the British Museum's Africa Programme, enabling the National Museum to undertake a major gallery redisplay project to celebrate the 50th anniversary of Sierra Leone's independence. Copies of the Sierra Leone Heritage digital resource were distributed on DVD to schools, colleges and community centres in Freetown and elsewhere and teacher workshops and networks were developed to bring schools in contact with the museum and improve their teaching of Sierra Leonean history and culture. 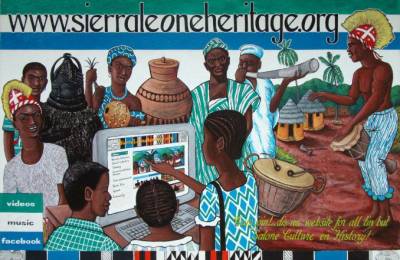 Through the relationships developed between UK and Sierra Leonean cultural institutions fostered by the project, interest in the art and cultural heritage of Sierra Leone has been revived, and major museums have reassessed the significance of their collections. The British Museum, for the first time, held an exhibition focusing on its Sierra Leonean collections, which attracted over 67,000 visitors in three months, and subsequently travelled to Abu Dhabi, Japan and Taiwan in 2014. A larger exhibition was held at UCL which included rare objects loaned by the Sierra Leone National Museum for the first time. This contributed to a new awareness amongst Sierra Leoneans, both at home and overseas, of the significance of their country's heritage. Researchers collected oral histories in Sierra Leone and discussed sustainable approaches to safeguarding heritage sites, leading now to the revision of the country's heritage laws. Diaspora communities continue to be engaged through the website and social media, including a popular Facebook group, as well as through events hosted at UCL and the British Museum.

The project also sponsored a major conference on the role of culture in international development in collaboration with the Tropenmuseum in Amsterdam, resulting in the publication of a book entitled Museums, Heritage and International Development (Routledge 2014). While acknowledging the continued challenges facing countries like Sierra Leone, the Reanimating Cultural Heritage project has demonstrated that a vibrant cultural sector can make a real contribution to the wider reanimation of society.

The Reanimating Cultural Heritage was funded by the 'Beyond Text' programme of the Arts and Humanities Research Council.