Professor Mary Fulbrook researches knowledge and understanding of Germany's contested past. The research has been of particular personal significance to people variously grappling with the continuing legacies of Nazism and the Holocaust, and the East German communist dictatorship (GDR). 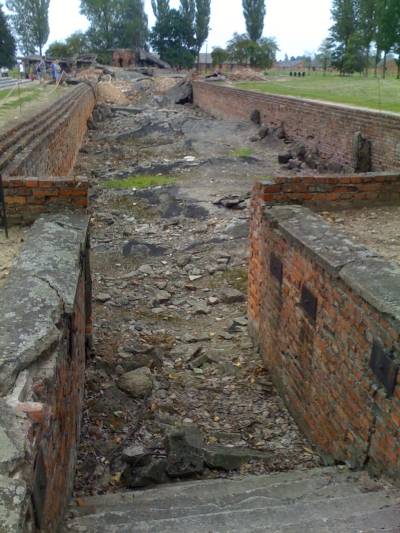 Professor Mary Fulbrook's research at UCL School of European Languages, Culture & Society has focused on the ways in which people are both shaped by the historical periods into which they are born, and in turn contribute to sustaining, challenging and transforming the regimes through which they live. She has concentrated particularly on the German dictatorships of the twentieth century.

In A Small Town near Auschwitz: Ordinary Nazis and the Holocaust (2012), Professor Fulbrook explored the development of Nazi racist policies and genocide in Będzin, just 25 miles north of Auschwitz. Some 85,000 Jews were deported through the linked ghettos of Będzin-Sosnowiec; almost all the Jewish citizens of Będzin, around half the total population of this town, were murdered as a result of Nazi oppression; yet it has virtually escaped the attention of historians. Her work focused primarily on the role and later self-representations of the principal civilian administrator of Będzin, Udo Klausa, who went on to a successful postwar career in the West German civil service. Using Klausa's memoirs, letters from his wife to her mother in Berlin during the war, oral history interviews and archival sources, the researcher examined the implications of 'systemic violence' and the role of German civilian administrators as 'Hitler's willing functionaries'. There is also a personal twist to this story: Klausa's wife was a schoolfriend of Professor Fulbrook's mother, who was a refugee from Nazi Germany; and Fulbrook knew the Klausa family well. She was all the more shocked to discover Klausa's Nazi past, and the ways in which his involvement had been covered up - ways that were typical in many German families after the war.

The book has since received widespread acclamatory reviews: the New York Review of Books called it a 'milestone in Holocaust historiography'. Through radio programmes and newspaper coverage, millions of people around the world came into contact with Professor Fulbrook's research, and many testaments have been received from both individuals and organisations. Relatives of both perpetrators and victims wrote in to say how it had affected how they understood their own family history and the continuing significance of the Nazi past. In Germany, a lecture by Professor Fulbrook led to the withdrawal of an adulatory website biography of Klausa by the Rhineland Regional Council, which he directed after the war. Her lectures in the UK, Europe and the USA have also provoked a serious rethinking of the role of civilian administrators in Nazi atrocities.

A Small Town in Auschwitz emerges from a broad body of German history research, including a related book on Dissonant Lives: Generations and Violence in the German Dictatorships (2011), which also touched personal chords in its readers. In this - which spans the whole of the twentieth century - and in an earlier project on the GDR, The People's State: East German Society from Hitler to Honecker, Professor Fulbrook studied the ways in which ordinary people were involved in the 'participatory dictatorship' of the German Democratic Republic (East Germany). In 2007, she released a documentary film based on this research. Titled Behind the Wall: 'Perfectly Normal Lives' in the GDR, the film has been widely adopted for teaching and extracurricular purposes in the UK, Europe and North America, and sections were used as teaching materials in the OCR A level history syllabus. She also wrote chapters based on this research for the OCR History A level textbook, and regularly lectures to secondary school students and their teachers.

Few bring the professional and the personal into such compelling conjunction. - Jane Caplan reviewing A Small Town in Auschwitz in the Times Literary Supplement

Fulbrook's research has been funded by the Arts and Humanities Research Council (AHRC) and the Leverhulme Trust.