The Phonological Assessment Battery - improving diagnosis of dyslexia in children 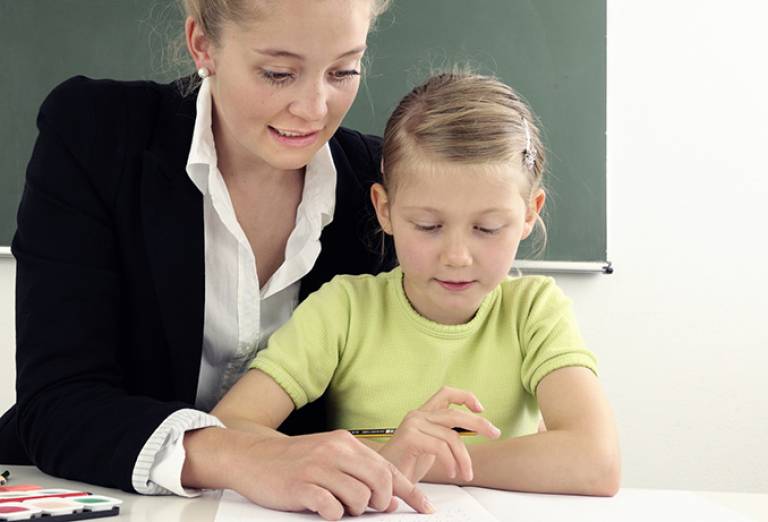 Research on impairments in phonological skills underlying developmental dyslexia led to a major change in assessment practice, particularly for bilingual children. The assessment instrument developed, the Phonological Assessment Battery (PhAB), was the first such measure available to educational practitioners in the UK and remains the most commonly used such instrument.

In the early 1990s, there was increasing concern about traditional assessment practice which was not evidence based and led to under-identification of dyslexia in bilingual children.

During the 1990s, Professor Uta Frith (UCL Institute of Cognitive Neuroscience) led a programme of research to investigate the phonological basis of developmental dyslexia, in particular with regard to dyslexia assessment and bilingual populations. This work demonstrated that adults with dyslexia show a distinctive pattern of brain activation when carrying out phonological tasks. Connectivity between anterior and posterior language areas was found to be much weaker for them in comparison with matched controls who had shown typical reading development as children. The research also suggested that the different manifestations of dyslexia across different languages may relate to the different challenges raised by the consistency of various orthographies. This was confirmed by subsequent cross-linguistic studies. In parallel, translational research led by Professor Frith with Professor Norah Frederickson and other collaborators sought to develop a new assessment instrument based on these findings. The result of this work was the Phonological Assessment Battery (PhAB).

The publication of PhAB had a dramatic impact on assessment practice of educational psychologists. It provided, for the first time, a reliable and well-validated means of assessing phonological skills with mono-lingual and bilingual children aged 6-15 years. PhAB was widely adopted, to the benefit of many children, particularly those from bilingual or socially disadvantaged backgrounds whose needs the traditional assessment approach failed to identify. Although other tests of phonological skills have since been developed, even a decade after its publication PhAB was reviewed as 'the best available test of phonological processing with UK norms'.

The most important benefit of PhAB was for children who have benefited from having their special needs identified and been able to access appropriate intervention. Undiagnosed dyslexia has been implicated in low self-esteem, poor school attendance, adjustment problems and criminal behaviour in adolescence, as well as academic failure which has lifelong consequences. PhAB provided practitioners with an assessment tool which offered significant advances over previous approaches because it was focused on the core impairments in most cases of dyslexia and informed targeted intervention to address the problems identified. It allowed earlier identification of problems and, being made accessible to teachers as well as educational psychologists, enabled many more children to be reached.

PhAB is now firmly embedded in educational policy across the UK and abroad. It is used in at least 126 local authorities across Great Britain and Northern Ireland and during 2008-10 sales were recorded in 34 countries. It is used by specialist centres that regularly assess children for dyslexia and also train many specialist teachers and assessors each year. The original PhAB has been used with nearly 38,000 children, and continues to be used with those of secondary school age. A second edition for primary aged pupils (PhAB 2) was published in 2014.