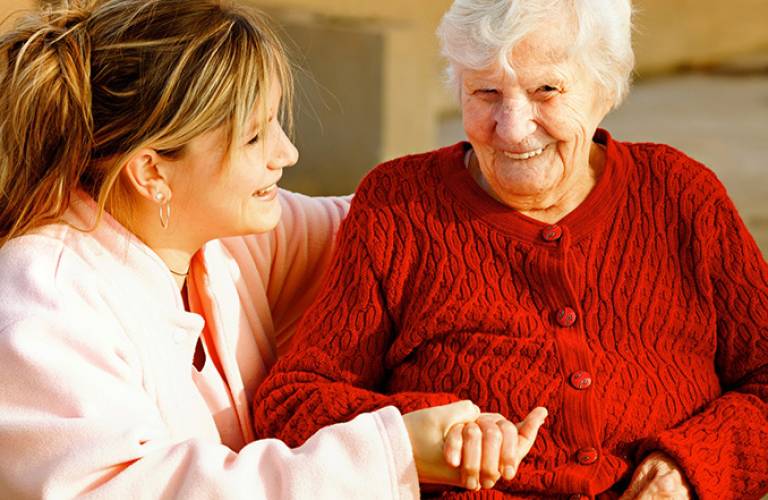 UCL research has supported the production of new scales for the identification and quantification of non-motor symptoms and signs in Parkinson's disease. These have been incorporated as end points in international clinical trials and introduced by specialist societies and NHS commissioners as a standard of care for Parkinson's patients.

Parkinson's produces motor symptoms such as bradykinesia, rigidity and tremor, and treatment is currently directed at improving these symptoms. Whilst this is an effective approach during the early stages of the disease, as it progresses Parkinson's also produces non-motor features including cognitive impairment, autonomic dysfunction and psychiatric disturbances. Not only do its non-motor features have a very significant impact on patients' quality of life, they may also precede the onset of motor symptoms and therefore the diagnosis of the disease. In other words, they may be an early indicator of the onset of Parkinson's disease, highlighting their vital importance to improving understanding and treatment of the condition.

This 30-point questionnaire recognises that non-movement difficulties often occur in Parkinson's and that it is important for a doctor to be aware of their extent and the impact they have on life so that treatment takes these into account. - European Parkinson's Disease Association

Prior to investigation at UCL into the cause and treatment of Parkinson's, however, there was little recognition of these non-motor features. Physicians and neurologists were unable to evaluate the extent and severity of this vital aspect of the disease, and patients had no way to easily communicate the type, severity and frequency of their non-motor problems.

A team led by Professor Tony Schapira (UCL Clinical Neuroscience), which was the first to describe the mitochondrial contribution to Parkinson's disease and other neurodegenerative diseases, has played a key role in redressing this. Since 2006, they have worked with colleagues at King's College London to develop patient-reported symptom scales and physician-recorded non-motor sign scales for the assessment and quantitation of non-motor features.

Both the non-motor symptom questionnaire (NMSQuest) and non-motor symptom scale (NMSS) resulting from this work have since been used to support the assessment of novel therapies for Parkinson's disease and to help identify the early symptoms and signs of the disease. A key finding of the research has been that selective cognitive impairment and hyposmia precede the onset of motor dysfunction, and the questionnaire and symptom scale are now being used in conjunction with imaging to identify those particularly at risk of developing the disease.

The scales have been widely incorporated into clinical practice; their use is recommended in the Department of Health's 18-week commissioning pathway for Tremor (Parkinson's Disease) and in Scottish Guidelines on Diagnosis and pharmacological management of Parkinson's disease (SIGN 113). Use of the questionnaire is also recommended by Parkinson's UK and many services treating Parkinson's now require its completion in advance of a patients' first consultation after referral. Clinical services for Parkinson's patients at both the Royal Free and University College London Hospital, for example, routinely use the non-motor questionnaire and scale as part of their holistic clinical evaluation of patients. This allows them both to design therapeutic strategies at a personal patient level and to evaluate the effect of those strategies.

The scales and questionnaires have also been adopted and recommended by societies around the world. The International Parkinson and Movement Disorder Society provides the questionnaire on its website, and it has been validated and translated for use in Japan, North America and many countries in Europe. Recommending the use of the scale, the European Parkinson's Disease Association says: "This 30-point questionnaire recognises that non-movement difficulties often occur in Parkinson's and that it is important for a doctor to be aware of their extent and the impact they have on life so that treatment takes these into account. Areas covered include sleep, Constipation, vision, smell, sexual problems and memory. The inclusion of such topics in the questionnaire has been found helpful in opening a dialogue on subjects that might otherwise be ignored or may be considered to be embarrassing".

By providing clinicians with the tools to assess non-motor symptoms and patients a method to convey the impact of their non-motor features on their lives, the UCL work has therefore played a crucial role in delivering both improved treatment and care to patients and more useful information to caregivers. The UCL team is currently working with the Chief Executive of Parkinson's UK to develop the model for the first 'UK Centre of Excellence' for the management pathway of Parkinson's disease to include non-motor assessment. This model will then be rolled out across the UK.