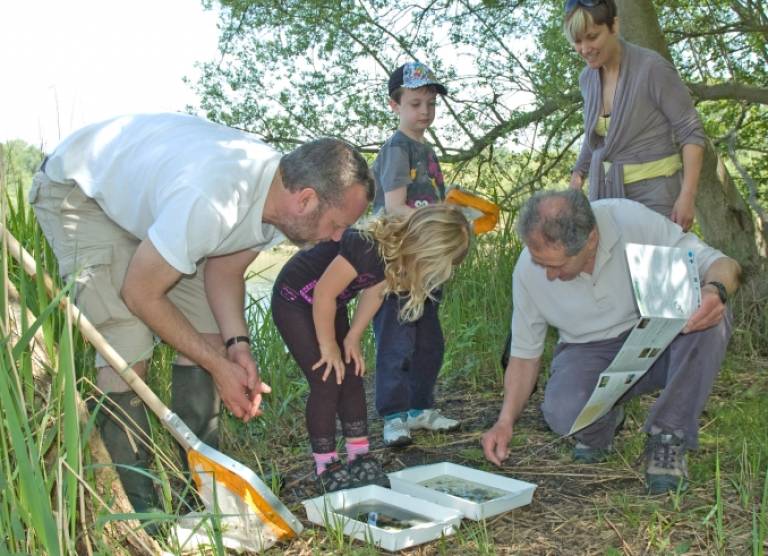 Through an innovative public water survey the UCL OPAL Water Centre helped over 45,000 people - 17% from hard-to-reach communities - participate in water quality and aquatic biodiversity assessment, and thus be exposed to water science. OPAL data was used both for site management and for national and international policy.

Researchers at UCL Geography have examined the effects of pollution on freshwater sources including lakes and ponds. Water quality has significant implications for biodiversity, and conversely, the presence or absence of certain species can serve as markers for the health of the water body.

Open Air Laboratories (OPAL) is a partnership between universities, museums and environmental organisations across the UK, led by Imperial College, which seeks to involve members of the public in environmental science. Led by Professor Neil Rose (UCL Geography) and based on UCL's expertise in water science, UCL hosted the OPAL Water Centre from 2008 to 2012, which monitored water quality in nine English lakes and led an innovative educational water survey which enabled members of the public to assess the health status of local lakes and ponds.

The OPAL Water Centre distributed 40,000 free water packs, half of which went to school classes. By the end of the project in 2013, another 17,200 had been downloaded from the OPAL website. UCL staff supported this with school visits, demonstrations and events, which demonstrably led to increased interest in science, particularly water science. For example, one Surrey school successfully applied for a Royal Society partnership grant to continue monitoring local ponds, whilst the Cub Scouts adopted the water survey as part of their revised 'Naturalist' badge. At the end, nearly 95% of survey respondents said they had learned something new. 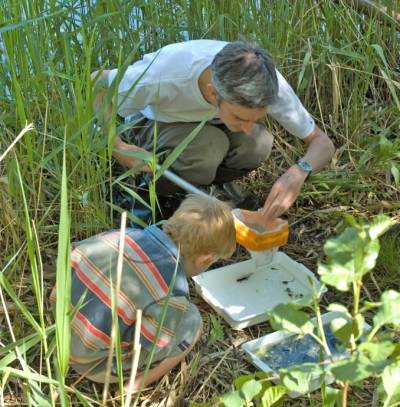 Of the 45,000 people who participated actively, 17% were 'hard-to-reach', e.g. members of deprived communities, people with special educational needs and victims of domestic violence. Organisations supporting such communities, such as St Mungo's, used these activities to involve them in conservation and reaped unexpected benefits; as one worker from an organisation supporting survivors of domestic abuse in the East Midlands observed, "I am dealing with people with mental health issues, such as depression, and spending a few hours out in the open air, doing things they did as kids, has really boosted their confidence."

The Water Survey and its affiliated Metals Survey (also at UCL) provided an opportunity for members of the public to contribute to important environmental science opportunities. Over 450 lake mud samples from members of the public were included in the OPAL Metals Survey, the first public participation trace metal survey in the world, and the data incorporated into the British Geological Society's G-BASE.

Alongside the public survey, OPAL researchers monitored nine freshwater bodies in detail to provide data on pollutants such as mercury, PCBs and brominated flame retardants under the European Union's Environmental Quality Standards Directive. OPAL water data was also used to provide some of the only data available on the bioaccumulation of HBCD, demonstrating the need to include this pollutant for listing under the Stockholm Convention for proposed elimination.

At a local level, OPAL water data have been used to guide local management plans. Fleet Pond, one of the nine lakes monitored by the OPAL Water Centre, was classified as a failing water body under the European Water Framework Directive using OPAL data, and Hart District Council, where the pond is located, was able to leverage funds to restore the pond and develop a management plan.

The young people asked lots of questions and expressed a genuine interest... to see this energy put into something positive was fantastic. - Group coordinator, South West Region

OPAL, including the OPAL Water Centre, was funded by the Big Lottery Fund.