New treatments for patients with thalassaemia 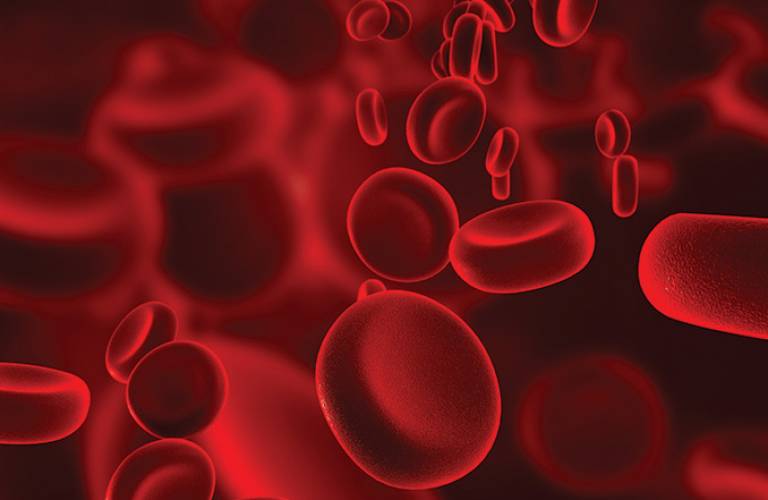 The Iron and Red Cell Disorders Group at UCL has worked for over 20 years on the pathophysiology of transfusion-dependent iron overload in thalassaemia patients. This has led to a new treatment, deferasirox, and a new method for monitoring patients using MRI, both of which have become standard treatments around the world.

Around 7% of the global population carries an abnormal haemoglobin gene and annually between 300,000 and 500,000 children are born with clinically significant haemoglobin disorders. Around a third of these have thalassaemia syndromes, and may be dependent on repeated blood transfusions to stay alive. This is a life-saving treatment, but it must be carefully managed - without additional treatment, the repeated blood transfusions may lead to an accumulation of iron in the liver, heart and endocrine system, which can be fatal. It is estimated that every year, 50-100,000 children around the world die due to this iron overload.

For many years, the only way to prevent iron overload was with the drug desferrioxamine, which had to be given via an intravenous infusion for eight to 12 hours per day, at least five days per week. The burden of this treatment was enormous, meaning that compliance was often poor. From 1992, Professor John Porter worked with pharmaceutical company Ciba-Geigy (now Novartis) on their development of a new treatment, deferasirox. He was involved in the planning and execution of pivotal clinical trials of the drug, which ultimately led to its licensing in 2005. Deferasirox has now become the standard first line treatment for transfusional iron overload in the developed world. In excess of 65,000 patients have received the drug, with global sales exceeding $800m annually. Use of this drug vastly improves quality of life for patients, because they no longer need to endure treatment administered by prolonged infusion.

The treatment and monitoring of iron overload has fundamentally improved life expectancy and quality of life in our chronically transfused patients  over the last two decades; I am honoured to have played a central role in this process both in the laboratory and by the bedside and am happy to see the results in my patients. -  Professor John Porter

UCL also has a long-standing interest in monitoring the effects of these drugs on heart failure in iron overload conditions. In collaboration with cardiologists at Brompton Hospital and UCLH, they have been at the forefront of developments in using MRI scanning to monitor levels of iron in the heart. This enables clinicians to identify patients with the highest risk of cardiac disease from iron overload, and to modify their treatment accordingly.

This has resulted in improved rates of survival from iron overload and better quality of life for patients. Over half the thalassaemia major patients in the UK are followed by the Joint Red Cell Unit of UCLH and the Whittington Hospital, led by Professor Porter. Recent analysis has shown that survival is improving progressively. The decade to 2009 saw an almost three-fold fall in the proportion of patients with myocardial iron overload. Mortality is substantially lower and cardiac iron overload is no longer the leading cause of mortality.

Funders include the NIH (USA), MRC, Welcome Foundation, British Society of Haematology and the BRC.