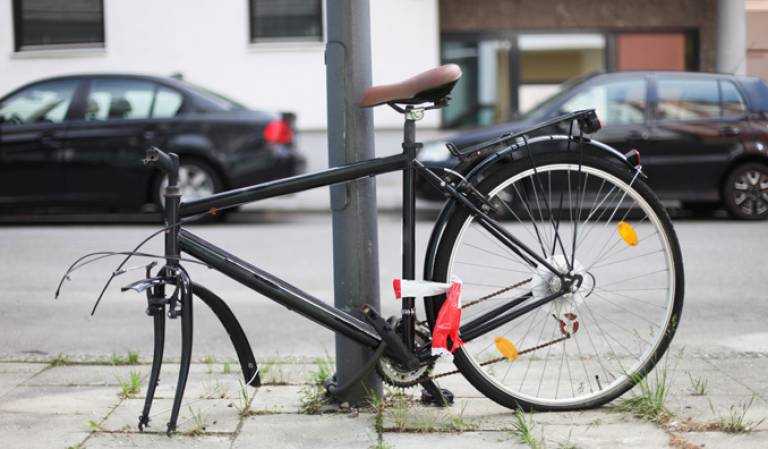 Policing and broader criminal justice responses to crime have traditionally focused on catching offenders after an offence, and administering punishments to deter future offending. In contrast, UCL SCS focuses on identifying the situational factors that enable or encourage specific crime problems, devising means of reducing opportunities and incentives to crime, and analysing how effective these strategies are. For example, a collaboration with Warwickshire Police and Warwickshire Council found that introducing a new trolley design was successful in reducing bag and purse theft in supermarkets.

UCL SCS staff have also worked directly with police forces and crime prevention agencies around the world. For example, they have delivered specialist training to the New Zealand Police, which credits UCL SCS with a significant role in developing crime science and intelligence-led policing in New Zealand.

UCL has made a significant contribution to the development of crime science and intelligence-led policing in New Zealand. - New Zealand Police Acting Commissioner

Two examples of this type of prevention in action including reducing bike theft and internal child sex trafficking in the UK.

The British Crime Survey for 2010-11 indicates that around half a million bicycles are stolen every year. A collaboration between Professor Shane Johnson and designers from Central St Martin's College of Art and Design found that 'n'-shaped bike stands did not encourage good locking practices, with 70% of bicycles inadequately secured. UCL SCS studies recommended installing the 'm'-shaped CaMden stand, a new type of bike stand that encourages cyclists to secure the wheels and frame of their bike. More than 1,200 have since been rolled out nationally. Professor Johnson and colleagues wrote a guide for the US Department of Justice, which then led to work with Transport for London (TfL) and the London Metropolitan Police Service to cut cycle theft. TfL reports the project achieved a 5.4% decrease in cycle thefts in London during 2010-11.

UCL SCS research shows that those who sexually offend against children are strongly influenced by situational factors. The work examined the social networks of offenders and victims to map connections that support the abuse and that might be able to be disrupted. For example, one case identified an offender network built around a central ringleader and argued that targeting this individual might dissolve the network. Another study developed a detailed breakdown of the steps involved in internal child sex trafficking, designed to identify 'pinch points' for prevention. For instance, identifying strategies employed by offenders to locate and groom girls for abuse enabled the development of advice for potential victims on self-protections strategies.

Largely due to increased media coverage, internal child sex trafficking has, in recent years, been widely recognised in the UK as a pressing public issue. UCL SCS research has challenged the perception, dominating public debate, that internal sex trafficking is a racially motivated crime. Through contributions to the development of a lively debate, the the research has also influenced the formulation of national policies on tackling this issue, including reports by the Child Exploitation and Online Protection Centre, the Metropolitan Police Authority and the Department of Education.