A new approach to urban street planning and design 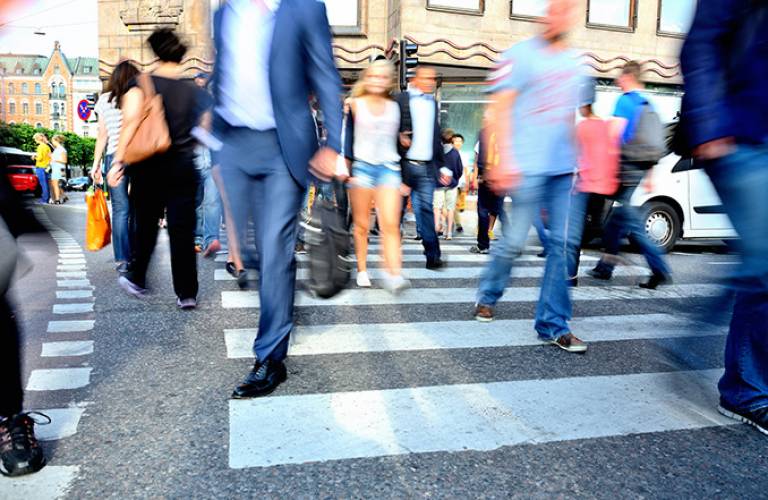 New principles for urban street planning and design developed at UCL Engineering and the Bartlett School of Planning have been used in urban planning in the UK, Australia and Ireland, among others. The principles, known as 'Link and Place', classify streets based on their functions for all street users.

The work addressed the problem that urban street design has been dominated by meeting the needs of motorised vehicles, leading to poor physical street environments that adversely affect local economic, social and cultural activities. Professor Peter Jones (UCL Civil, Environmental & Geomatic Engineering) and Dr Stephen Marshall (UCL Bartlett School of Planning) developed a new classification for streets that looks at more than just their traffic functions and includes other street users' needs. Their principles, known as 'Link and Place', classify streets based on their 'link' requirements (that is, movement by all modes of transport including pedestrians), and 'place' functions, which describe the various economic, social and cultural activities that are to be planned for on and adjacent to the street. Building on these principles, planners are able to develop a comprehensive set of operational, planning, design and appraisal procedures for a given area.

Link and Place has been incorporated in national guidelines by the UK Department for Transport and Department for Communities and Local Government (DCLG). The DCLG's Manual for Streets (2007) incorporated the basic principles of Link and Place, and was followed in 2010 by Manual for Streets 2, published by the Chartered Institution of Highways & Transportation, which looked at the application of Link and Place principles to busier urban streets.

This has already led to the use of the Link and Place approach in the specification of a £650 million private finance initiative in Hounslow, to upgrade and maintain the borough's highway network over a 25-year period, starting in 2013.

The principles have also been adopted by the Mayor of London's Roads Task Force, a change that Transport for London (TfL) says will allow for a much more sophisticated approach to analysing and planning investment than the traditional road user hierarchy. TfL now requires boroughs to use the classification for all new submissions for street funding schemes.

Further afield, Link and Place applications are also included in the Irish Department of Transport, Tourism and Sport's 2013 'Design manual for urban roads and streets', and applied in street design guidance for the South Australia government, which has been used to improve street design in SA urban areas.

The broader formulation of streets at work in the Link and Place approach provides a basis for achieving public consensus for designs, since it explicitly recognises the legitimate interests of all groups of street users, not simply motor vehicle drivers. In 2007-08, the street design toolkit was applied in two exercises in the West Midlands (Bloxwich and Coventry), where the public had strongly objected to design proposals put forward by the local councils, which were then withdrawn. In both cases, new designs were generated by local stakeholders that were subsequently implemented with high levels of public and business support, and minimal objection.

More recently, Birmingham City Council has published 'Birmingham Connected', in which it classifies its entire street network in terms of its Link and Place functions, using this as the basis for deciding on appropriate street space allocation and design solutions, in different contexts.