The National Surveys of Sexual Attitudes and Lifestyles (Natsal) 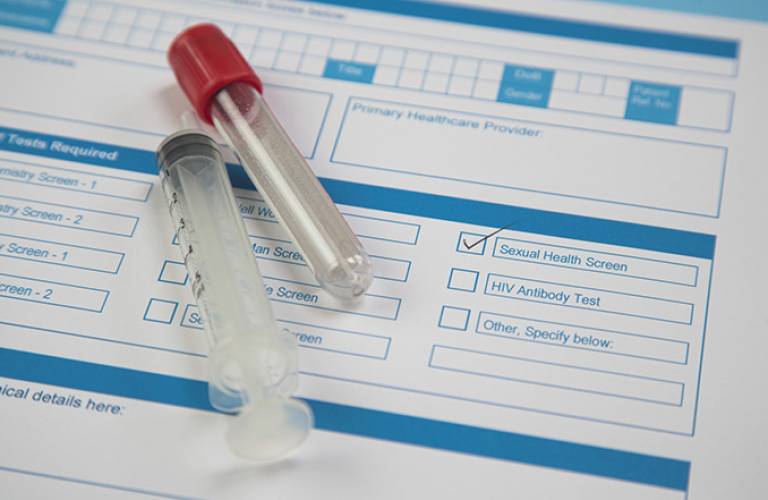 The first National Survey of Sexual Attitudes and Lifestyles, Natsal, was a groundbreaking project documenting the sexual behaviours of the British population. Now in its third incarnation, Natsal provides a fascinating insight into this most private topic but, more importantly, generates invaluable evidence shaping health and social policy.

In 1981, a new health threat appeared: HIV and AIDS. First noted in a report of an unusual immunodeficiency affecting the Californian gay community, AIDS rapidly grew into a global crisis. In an age before antiretroviral drugs, HIV infection was a death sentence, and there was a strong public health imperative to prevent its spread.

But as well as limited knowledge about the virus itself, the UK's public health authorities had very limited evidence on which to base public health campaigns or predict likely spread. Almost nothing was known about sexual behaviours in Britain, and attitudes that might affect them. Although some data did exist, they were drawn largely from high risk communities or volunteer sample (such as magazine surveys), and their relevance to general populations was uncertain.

This glaring gap was the key driver for a uniquely ambitious project: a large, nationally representative survey of sexual attitudes and lifestyles. Its aim would be to gather information to inform public health measures - for HIV/AIDS and other sexually transmitted infections (STI) - and other areas of importance to health or social policy, such as age at first intercourse, contraception, and pregnancy.

The plans for Natsal were led by Professor Dame Anne Johnson at UCL, in collaboration with colleagues now at the London School of Hygiene and Tropical Medicine and the National Centre for Social Research. They were almost defeated when the Conservative Government - at the behest of Prime Minister Margaret Thatcher - vetoed public funding of the study, arguing that it was too intrusive, even though the science had been favourably reviewed by Research Councils. Fortunately, the Wellcome Trust stepped in with funding enabling the first survey, Natsal-1, to go ahead in 1990. The results of the survey involving nearly 19,000 randomly selected participants provided a key data to inform the response to the HIV epidemic.

A decade later the Medical Research Council (MRC) funded a follow up, Natsal-2, completed in 2001. Natsal-2 was important not only in providing an updated data set but also in giving insight into behavioural trends. And the period between 1990 and 2000 was one of considerable social change.

Following the HIV scare and education campaigns in the 1980s, sexual risk behaviours had reduced and STI rates declined rapidly. Between 1990 and 2000, however, those trends began to reverse. Both men and women reported more sexual partners (consistent with the rise in sexually transmitted infections from 1995 onwards). And although condom use had increased, Natsal-2 identified major changes in a range of risky behaviours, including increased numbers of heterosexual partners, and a higher proportion reporting homosexualpartnerships, concurrent partnerships, paying for sex, and heterosexual anal sex. Natsal-2 also revealed a continuing drop in the age of first intercourse - 30% of men and 26% of women aged 16-19 reported having sex before the age of 16. However, the trend for women to have sex at younger ages appeared to be stabilising by mid-decade. Early intercourse was associated with poorer later life sexual health, and was linked in particular to poor educational achievement - emphasising the important links between socio-economic factors and sexual health.

Natsal-2 also offered testing for Chlamydia to a random sample of sexually active 18-44 year-olds in the study. Surprisingly, Chlamydia was as prevalent in men as women, a finding which was used to support the inclusion of men in national screening initiatives.

A third survey, funded by grants from the MRC and the Wellcome Trust, reported in 2013. Natsal-3 recruited over 15,000 men and women aged 16-74 - the first time people aged 60-74 have been included. The third survey expanded in scope, in line with the World Health Organisation definition of sexual health which encompasses not just STI and pregnancy, but also the importance of having pleasurable and safe sexual experiences that are free of coercion, discrimination and violence. The results showed, among other things, considerable uptake of the interventions in HIV testing and HPV vaccination and chlamydia screening that were influenced by Natsal-2.

The surveys are widely regarded as among the most reliable sources of scientific data in the field, not replicated with such frequency, detail or sample size in a single country anywhere in the world. They have influenced HIV services, HPV vaccination policy, the national chlamydia screening programme, teenage pregnancy strategy and health education campaigns for young people and gay men. Examples include:

Natsal has provided a wealth of data for researchers, policy makers, and the public, and has become the widely used benchmark against which other studies compare their findings. The combined data from all three studies have provided the power to document the rapid and substantial changes in sexual behaviours, family formation, and attitudes over time, using data from more than 45,000 people born between the 1930s and the 1990s.