MyStreet: Filmmakers collaborate with anthropologists to observe their own worlds 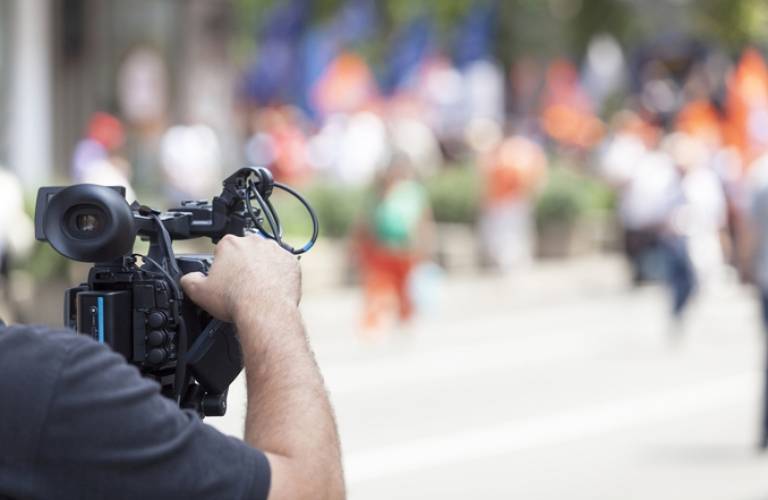 UCL's Professor Michael Stewart leads an innovative participatory research project in which young filmmakers are trained and encouraged to make films about their own neighbourhoods. This has grown into an annual festival, a popular website and has reached out to excluded groups such as students at Pupil Referral Units.

AIn the 1930s, a small group of British anthropologists sought an alternative to bridge the gap between what the press and politicians said about public opinion, and what people actually through. This was Mass Observation: a radical approach to anthropology which encouraged volunteers to record their own environments.

Inspired by Mass Observation and building on years of research on how ethnography can capture the lifeworlds of people  outside the mainstream, such as the Roma of Eastern Europe, in 2011 Professor Stewart (UCL Anthropology) launched the MyStreet model of collaborative filmmaking.

This puts the tools of ethnography - in this case film - in the hands of the participants themselves by encouraging them to make films about their streets through a competition, a website and an annual film festival called Open City Doc Fest. In parallel to this, DocinaDay runs workshops on filmmaking in schools and communities to develop filmmaking skills.

The MyStreet website now has over 300 films submitted from around the UK and abroad. These have been viewed thousands of times on the website alone. The yearly Open City Docs Fest, hosted at UCL in London, has seen its attendees double to nearly 4,000 in its three years. The best MyStreet films here are judged by an jury including international award-winning filmmakers. The festival has brought this methodology to millions around the world, with enthusiastic coverage on CNN and in the national and local press, and the films themselves have been picked up by the Community Channel and shown at the Arup Phase 2 gallery in London.

As street by street in the country a MyStreet film is made, we are learning who we are. - Stephen Daldry, film director

The ancillary training programme, DocinaDay, reaches out to aspiring filmmakers, especially those from marginalised communities, and provides them with the training to express themselves through film. At Open City 2011, films made through DocinaDay by homeless filmmakers were screened at an event bringing together the many different worlds which Londoners inhabit. At schools, DocinaDay focuses on those with low university application rates, and included five in Pupil Referral Units, with acknowledged effects on social inclusion and an awareness of new opportunities.

Inspired by the experience, filmmakers went on to new projects, such as a visual ethnography of gentrification in Kings Cross. The MyStreet model also proved inspirational: in 2014, MyStreet Prague was launched, and in 2011, eight Afghan filmmakers travelled to London to present their films at Open City Docs Fest.

The MyStreet jury members, major filmmakers in their own right, recognised the impact of this research project. As Roger Mitchell (Notting Hill, Enduring Love) said: "… the opposite of Google Earth, MyStreet sees ourselves from the ground up, making a modern, urban Domesday Book which we can all help create and dip into."