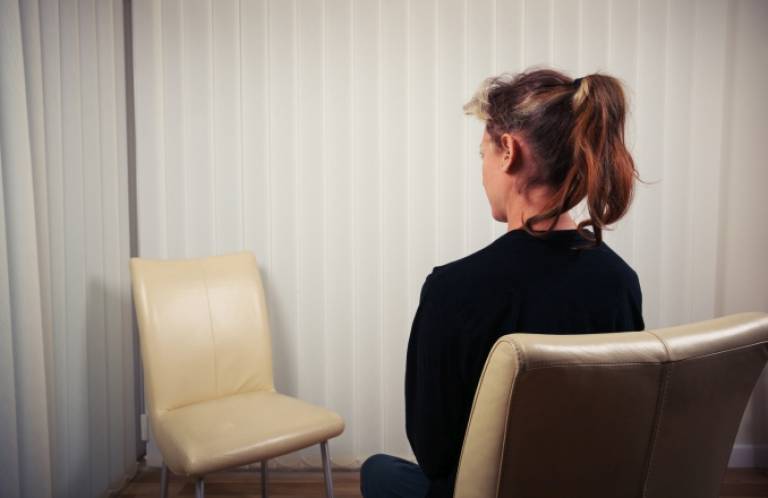 Research at UCL led to the development of mentalization-based therapy, which has had a major impact on UK and international clinical practice treating self-harming, suicidal patients with a diagnosis of borderline personality disorder. It has also been used to address other common mental disorders.

UCL research on mentalizing - a theory of mind focused on understanding the mental states underlying overt behaviours - has underpinned a revolution in the treatment of people with borderline personality disorder (BPD). This condition, which is characterised by difficulties with emotion regulation and impulse control, and with unstable relationships and self-image, was previously largely regarded as untreatable. If efforts were made to treat it at all, they tended to be executed poorly, and at great cost to the NHS, through Accident & Emergency departments, inappropriate admissions to inpatient wards, or by community team staff who often lacked the requisite skills.

The breakthrough in better understanding and treating this complex disorder originated with discoveries made by Professor Peter Fonagy (UCL Clinical, Educational & Health Psychology) and colleagues. They found that difficulty depicting social experiences in mental state terms - that is, a lack of 'mentalizing' capacity - makes people unable to predict the consequences of their own or others' actions, and that this sort of incapacity often follows a combination of early neglect and childhood trauma. It is, in other words, mediated partly by social relationships rather than genetics alone, as had previously been believed.

The UCL team responded to these important insights by developing mentalization-based treatment (MBT), a form of psychotherapy that helps people understand their own and others' actions in realistic and accurate mental state terms. Their findings and the treatment based on them have profoundly influenced professional understanding of the role of mentalization failure in BPD, which has since been recognised in clinical guidelines produced in countries including the UK, the US, Australia, Spain, Italy and the Netherlands.

Today, mentalization-based therapies are used by thousands of clinicians around the world, many of whom have benefited from training delivered by (or otherwise based on the work of) the UCL researchers. Numerous trusts in the UK offer specific MBT services for people with personality disorder, as do at least eight major centres internationally (at Harvard, Mt Sinai, UCLA, Texas Medical Center, University of Geneva, University of Oslo, De Viersprong in the Netherlands, New Zealand, Mexico, Sweden, Hungary). A survey of UK teams where some staff had been trained in MBT confirmed that the treatment was being offered, on average, to 59% of patients.

Rigorous scrutiny of the use of MBT has demonstrated that this now frequently used treatment reduces hospitalisation, suicide and self-harm by 55% compared with control groups, with long-lasting benefits including reductions in depressive symptoms and suicidal and self-mutilatory acts. There is also evidence to suggest that MBT achieves changes in social functioning, increasing the chance of meaningful employment and full-time education, and reducing reliance on health and social services. What is more, MBT delivers these very substantial benefits in a more cost-effective manner than alternative methods of treatment.

Although it was originally designed for BPD, collaboration with other researchers has allowed the UCL team to adapt MBT for use with other conditions, including eating disorders, depression, trauma, drug addiction and adolescent breakdown. They have also been able to extend its use beyond the traditional two-person therapy to use in family and system-wide contexts, such as schools. Adaptations of MBT have been shown to provide effective treatment for BPD outpatients and aggression in school settings, and it is currently the only treatment proven to deliver benefit to self-harming adolescents.

In 2010 the team developed the Adolescent Mentalization-Based Integrative Treatment (AMBIT), a mentalization-based treatment framework for working with highly troubled and socially excluded young people. Professionals from more than 50 NHS and voluntary sector teams have since received AMBIT training and are now implementing its approach in services across the UK. Evidence from those services shows that practitioners' use of the AMBIT method helps them make a real difference to the mental health and wellbeing of the young people with whom they work, supporting their efforts to tackle serious challenges such as aggression and violence in the home. A recent assessment of the Cambridgeshire Adolescent Substance Use Service, for example, which adopted the AMBIT approach in 2009, showed that it resulted in reductions in substance use, improvements in psychological wellbeing, and positive progress in associated peer group and familial problems.