The Marmot Review: national and local policies to redress social inequalities in health 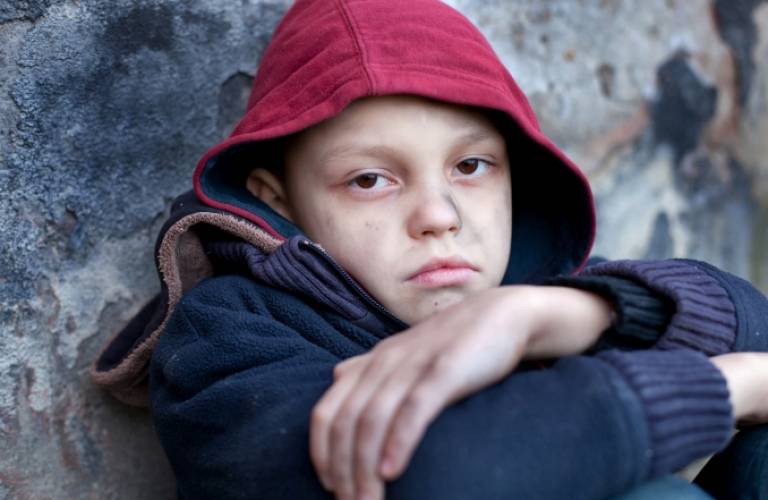 In 2008, Professor Sir Michael Marmot (UCL Epidemiology & Public Health) was asked by the Secretary of State for Health to chair an independent review to propose the most effective evidence-based strategies for reducing health inequalities in England. The Marmot Review, published in 2010, has fundamentally shifted discourse on health inequalities in the UK and internationally. It has shaped public health services in England and around the world, guided government and international policy, and has given rise to a new commitment from service providers and health professionals to reducing health inequalities and addressing the social determinants of health.

Research by Professor Marmot and colleagues over the past 40 years has investigated the role of social inequalities in health. Beginning in 1985 and continuing to the present day, the Whitehall II study has investigated the importance of social class for health by following a cohort of 10,308 working men and women. As a result of his expertise in the subject, Professor Marmot chaired the Commission on Social Determinants of Health set up by the World Health Organization in 2005 to support tackling the political, social and economic determinants of poor health and avoidable health inequalities. The final report, entitled Closing the Gap in a Generation, was published in 2008.

Later that year, at the request of the British government, Marmot chaired an independent review to propose the most effective evidence-based strategies for reducing health inequalities in England. The Review was tasked with identifying relevant evidence, showing how this could be translated into policy, and advising on delivery, including indicators and targets. Fair Society, Healthy Lives: A Strategic Review of Health Inequalities in England Post-2010 ("The Marmot Review") was published in 2010 and set out key policy objectives, based around the social determinants of health:

In 2011, the UCL Institute of Health Equity (IHE) was launched to support the implementation of these objectives with funding from the Department of Health. The team has carried out further work to implement the findings of the Marmot Review and has published on issues relating to the social determinants of health, continuing to build the evidence base for practitioners and policy makers - for instance in relation to alcohol, obesity and smoking, the early years, fuel poverty, cardiovascular disease, the impact of the economic downturn, mental health, advice for local government, healthy hospitals, chronically excluded groups and the role of health professionals in tackling health inequalities.

Coventry is a Marmot City... The Health and Well-being Strategy is based around the six Marmot Themes which were identified in February 2010 by Professor Michael Marmot in his report 'Fair Society, Healthy Lives'. These themes identify the wider social determinants of ill health and have been adopted by the Coventry Health and Well-being Board. - Coventry Council

The findings of the Marmot Review and subsequent work have contributed to England's health policy and practice. Health inequalities are at the centre of the new health system in England, as outlined in the government's 2010 White Paper, Healthy Lives, Healthy People: Our strategy for public health in England. In 2011, the Department of Health's Public Health Outcomes Framework set out the strategy for achieving this with the intention to follow the Review's life course framework for tackling the wider social determinants of health. The principles set out in these documents were then followed by inequalities duties - introduced for the first time by the Health and Social Care Act 2012. As part of democratic scrutiny of these policies, members of the team gave oral and written evidence to several Select Committees.

The UCL IHE has worked with the Department of Health and other national and local bodies, including Public Health England, NHS organisations and local government, to help embed a social determinants approach to health inequalities throughout the health system in England. At a national level, Public Health England (PHE) was established in April 2013, bringing together specialists from more than 70 organisations into a single public health service. The recommendations of the Marmot Review informed the design of PHE in general, and the Health and Wellbeing directorate in particular. Public Health England has commissioned the UCL IHE to produce a series of evidence reviews on social determinants and health equity topics for local authorities.

At a local level, over 70% of local authorities are now working to embed 'Marmot principles' in their approaches to improving health and reducing inequalities.

The UCL IHE is engaged in a high-profile programme of activity to encourage and support health professionals to tackle health inequalities. The programme has been enthusiastically supported by Royal Colleges, the British Medical Association and other relevant organisations who have provided many practical ideas for action and made commitments to embed them over the next few years. Michael Marmot will be President of the World Medical Association in 2015.

The UCL IHE has established international partnerships to support implementation of work on social determinants, working with the WHO Regional Office for Europe to support the development and implementation of the new common health policy framework for Europe: Health 2020. IHE has also worked with the Pan American Health Organisation (PAHO) to embed social determinants of health in its five-year strategy, as shown in its recent update to Health in the Americas, and is working with the WHO Eastern Mediterranean Office and producing a 'Marmot Review' for Taiwan. UCL IHE has also set up an international academic collaboration on social determinants of health and is involved with social determinant networks across the world.