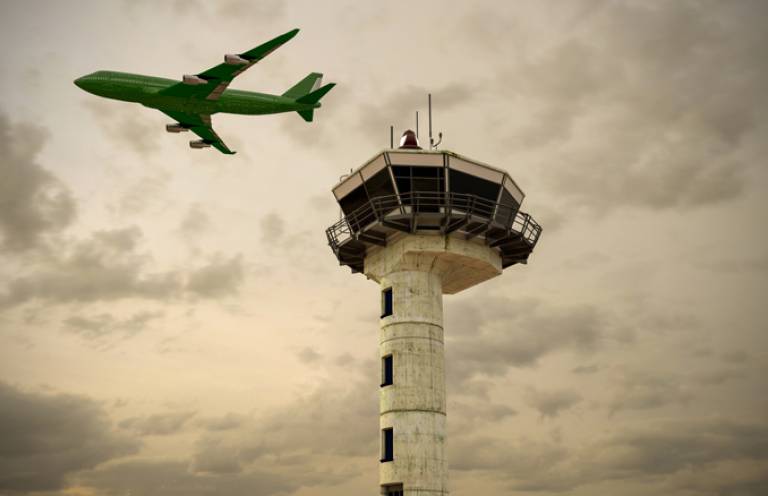 An integrated decision-making framework developed for Eurocontrol was instrumental in reaching agreement on how to integrate Europe's air traffic management. This is as part of the European Commission's Single European Sky, which will eventually handle 20 million flights with fuel savings of €6 billion per year.

Aviation is a strategically important sector that makes a vital contribution to the European Union's economy and employment, supporting 5.1 million jobs and contributing €365 billion to GDP. Global air transport over the long term is expected to grow by around 5% annually, doubling by 2030. But as traffic increases, so do concerns about capacity and safety. In Europe, airport and air traffic network capacity today results in delays costing airlines €1.3-1.9 billion per year.

There is a recognised need for a new integrated air traffic management for Europe, but previous attempts to reach agreement had failed due to the complexity of reconciling the conflicting objectives of so many stakeholders. Now, a new attempt is ongoing, named the European Single European Sky Initiative.

To overcome previous difficulties for this new attempt, in 2008 Professor Bert De Reyck (UCL Management Science & Innovation) developed a novel decision-making framework for Eurocontrol, the European air traffic management organisation. The system enabled stakeholders to trade off objectives whilst taking account of the lack of data, the need to proceed quickly, and the issues involved in a multicultural and multi-discipline programme.

Dealing with an ever-increasing amount of air traffic while maintaining safety, efficiency and environmental standards is one of the most challenging problems facing Europe in the next decade. -  Professor Bert de Reyck

This system was instrumental in reaching agreement on the changes and improvements to be made in Europe's air traffic control systems, and which new technologies would be required to be implemented. This now forms the basis of the 2012 Master Plan of the Single European Sky initiative for harmonising air traffic.

The integrated framework accommodates the requirements of a consortium of stakeholders from 30 public and private organisations, as well as 20 associated partners, including representatives from airspace users, airports, air navigation service providers, the supply industry, safety regulators, military, pilots and controllers associations and research centres.

The first agreement reached using the framework concerned proposed changes to arrival and departure support for airports with precision area navigation, designed to improve the safety, capacity and efficiency of terminal area airspace operations. Reaching an agreement around these proposals was challenging because of the sheer number of stakeholders involved, including the airports, airlines, aircraft manufacturers, equipment manufacturers, air navigation service providers and communities around airports. Thanks to the use of the framework, agreements were successfully reached on five new technologies and procedures.

By 2012, these technologies and operational changes had been implemented at most major European airports, and Europe-wide traffic synchronisation exercises were held to validate their impact. It was found that the traffic synchronisation agreed on through the decision-making framework improved air traffic efficiency, with a 50% reduction in radio telecommunications, and a 75% reduction in the need for vectoring. Air space capacity increased by 20%, runway throughput improved by 4%, and fuel burn was reduced by 2%.

In addition to these Europe-wide improvements, there were also some dramatic local improvements. For instance, the application of one technology, AMAN, at London Heathrow Airport has led to a reduction of aircraft stack holding time (aircraft circling an airport before its turn to land) by 78-87%.

When fully realised, the Single European Sky will handle more than 20 million flights per year, with the highest level of safety in the world and cost reductions of €6 billion per year. Additionally, there will be fuel savings, lower CO2  emissions, fewer delays and additional capacity, generating an estimated additional GDP of €419 billion for the European economy, and 320,000 jobs.