Infrastructure for the urban poor in the Global South 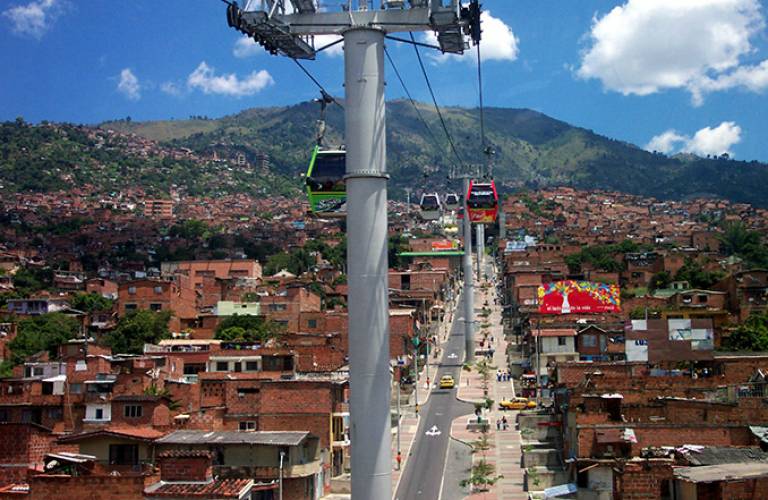 Although an estimated 3.4 billion people - almost half of the world's population - live in urban areas, in many places rapid urbanisation has occurred without adequate investment in infrastructure and basic services. Research by the UCL Development Planning Unit has generated improved tools for the planning and management of infrastructure across the Global South.

Access to infrastructure services is vital to wealth creation, human wellbeing and environmental sustainability, and lack of investment has particularly severe consequences for the millions residing in low-income or unplanned areas.

Research into urban infrastructure by the UCL DPU has generated tools used by policymakers, planners and aid organisations to examine access to urban services. In major cities in sub-Saharan Africa and Latin America, UCL DPU researchers have supported the development of improved approaches to the planning and management of infrastructure.

UCL DPU work on the governance of water and sanitation services has influenced changes in NGO programmes and strategies. Researchers explored approaches to sanitation that work for the urban poor across the urban Global South, and examined the role of service users themselves in supporting the urban and peri-urban poor to effectively access sanitation services. WaterAid adopted new analytical approaches in Mozambique, Nigeria, Zambia and the Democratic Republic of the Congo as a result of this research, with that work currently on track to deliver high-level city planning. WaterAid also used the work to develop an operational framework to diagnose service delivery in small towns, categorising cities by their demographics, economic drivers and autonomy in decision-making.

The UCL DPU's research has been used in the development of training used by more than 4,000 urban planners in cities of the Global South, and through partners in the Netherlands, India and Colombia. In 2009, UNESCO-IHE - the world's largest international water education facility - commissioned Professor Adriana Allen to create an online training course for planning officers and utility managers in the Global South. It covered policy, planning and methodologies for sanitation services in peri-urban regions. 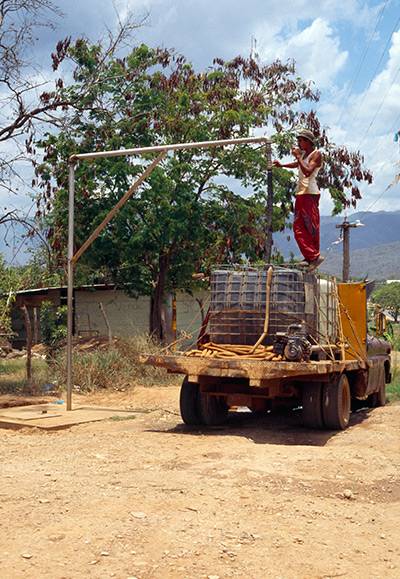 At the policy level, the research has informed local government in Colombia, and international bodies (e.g. UN-Habitat and the International Resource Panel) in planning, financing, monitoring and equitable delivery of infrastructure services.

Access to affordable and efficient transport is another essential need of poor residents in urban areas. UCL DPU researchers have examined the role of progressive local governments in providing improved access to transport infrastructure for excluded low-income populations. Medellin, Colombia's second largest city, is fast gaining a reputation for a series of urban interventions backed by solid municipal management, aimed at redressing the city's deep and longstanding social imbalances. In 2004, the city introduced the world's first modern, urban, aerial cable-car mass-transport system targeted at a low-income area. The UCL DPU's Professor Julio Davila led the first independent evaluation of the innovative pro-poor system. The research found that municipal investment in a comprehensive programme of upgrading of the areas served - such as social housing, public spaces, new libraries and schools, and training opportunities - had an even wider impact on quality of life than the highly visible and attractive new form of public transport.

Widespread interest in this research prompted the establishment of an international network on urban mobility, for policymakers and professionals in urban development. Municipal and national officials elsewhere in Colombia, and in Bolivia, Argentina, Chile, Mexico and Cuba have shown an eagerness to understand the potential economic, social and transport impacts of such systems, which are being replicated in several Latin American cities. The Spanish version of DPU's detailed book, Urban Mobility and Poverty: Lessons from Medellín and Soacha, Colombia, has been downloaded thousands of times from the UCL DPU website.

The Medellin model was incorporated into international policymaking guides for pro-poor urban upgrading. For instance, it was included in the UN-Habitat Guides and launched at Rio+20 in 2012, and in the International Resource Panel report, a clear recognition that urban sustainability requires cities to provide a greater diversity of energy-efficient, low-emission transport with low environmental impact to reduce inequalities.