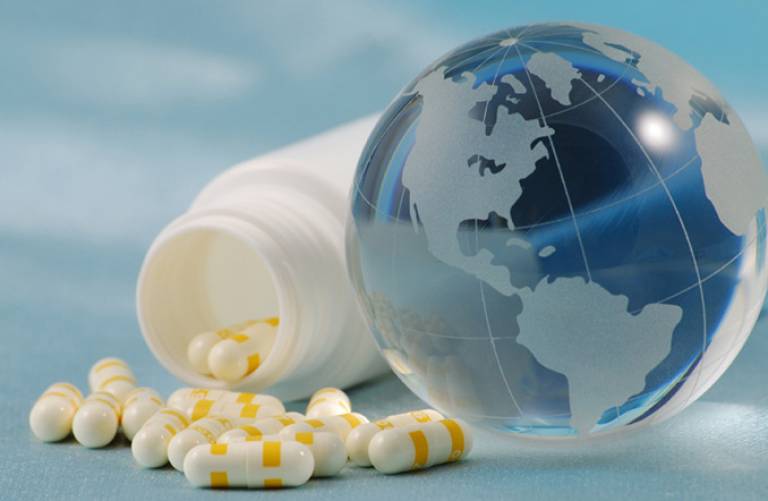 UCL research showed that expansion of anti-retroviral treatment (ART) in developing countries should proceed, despite the unavailability of viral load testing. There had been concern that such an approach would lead to poorer outcomes and drug resistance but modelling showed that this concern should not hold up the roll-out. There are now nearly ten million people receiving treatment.

In the early 2000s, global plans were being put in place to expand access to ART as rapidly as possible to developing countries (particularly sub-Saharan Africa) where most people with HIV live. In order to make this feasible, the World Health Organization (WHO) developed a public health approach, which did not require monitoring of viral loads (which was the norm in developed countries) as this procedure was very expensive for countries and health systems with few resources: the fully loaded cost of a viral load test was the cost of around eight months of ART for one person.

In collaboration with the WHO's HIV/AIDS Department, the UCL HIV Epidemiology & Biostatistics Group, led by Professor Andrew Phillips, used a simulation model of HIV progression to understand what the consequences of provision of ART without viral load monitoring were likely to be. Beginning in 2003, the model was used to examine consequences in terms of patient survival and transmission of drug resistance.

The research showed that eventual use of viral load monitoring is important, particularly to avoid future widespread transmission of drug resistance, and that development of new tests which are not dependent on substantial laboratory infrastructure or highly trained staff should be a key research and development priority. However, the research also showed that the impact on mortality of lack of viral load monitoring was likely to be modest in the short to medium term, relative to the mortality impact of failing to provide more widespread ART. Thus the message was to continue the roll-out without re-directing resources to viral load measurement but to encourage the development of cheaper tests.

This research provided evidence to support continued roll out of ART in places where viral load monitoring was not available. A comment paper written by colleagues from the Global Fund for HIV, TB and Malaria (one of the two main funders of the ART roll-out) concluded that "Phillips and colleagues' findings strengthen the policy consensus and WHO recommendation - so far based on individual patient outcomes and cost-effectiveness in the shorter term - that resource-poor countries need not delay ART roll-out because of limitations in laboratory capacity".

Since 2008, the trajectory of the number of people on ART has increased to over 10 million around the world, and significantly helped to reduce mortality, morbidity and transmission of HIV. Almost all countries in sub-Saharan Africa (with the exceptions of South Africa and Botswana) have been providing ART without regular viral load monitoring. Point of care tests for viral load are now close to coming to market and WHO encourages use of viral load testing in patient monitoring as resources allow, so long as this does not inhibit roll-out.

Model development was funded by HEFCE, with further support from the Bill & Melinda Gates Foundation and the European Commission for modelling.