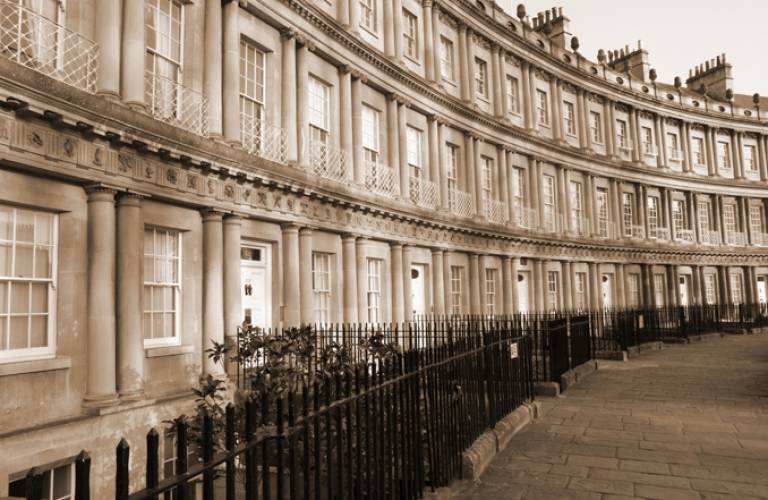 Through television, radio, print and other means, Professor John Mullan's research on the novel has made accessible to the general public an informed historical understanding of the development of English fiction, communicating techniques of critical reading that assist the appreciation of both canonical and contemporary novels.

Professor Mullan (UCL English Language & Literature) is one of the premier scholars of the English novel. His research has changed the ways in which the novel is understood and taught, in schools as well as universities, and has introduced a vast national and international public to ways of reading the novel through public events and media appearances.

Through his 2006 book How Novels Work, Professor Mullan analysed some of the central techniques of recent literary fiction, such as inadequate narrators, framing devices and multiple narrators, in relation to the innovations of canonical fiction since the 18th century. This influential analysis of the elements of literary fiction sold more than 12,000 copies between 2008 and 2013 and led to the making of 'Twelve of the Best', an hour-long BBC2 programme about the state of British fiction in 2011. This focused on 12 first-time novelists, chosen by a panel of critics and writers chaired by Professor Mullan himself. The programme brought to public attention some lesser-known novelists, four of whom were later long-listed for the Man Booker Prize.

Professor Mullan has scripted and presented some of the BBC's most influential programmes on literature. These have included 'How Reading Made Us Modern' (BBC 4), and a 2011 series of five programmes for Radio 4 on comic writing through the centuries, which featured discussions with notable enthusiasts for the comedy of each period (for instance Terry Jones on Chaucer, Jenny Uglow on Fielding). He has also appeared multiple times on the Culture Show, Newsnight Review, Open Book and the Today programme.

One of the main means by which the public has engaged with Professor Mullan's research is the Guardian Book Club, a weekly column on contemporary fiction that he has written since 2002. This addresses the needs of the growing constituency of readers interested in the analysis of literary fiction. The column examines a recent novel, focusing on particular formal and technical features and uses parallels with earlier fiction to show that narrative devices have a history, and that contemporary novelists learn from earlier writers. The columns have a large and loyal following who discuss the book of the month. Professor Mullan also conducts a live interview with a leading author before paying audiences.

Professor Mullan is a leading authority on the works of Jane Austen. His What Matters in Jane Austen? (2012) is addressed to both academic and general audiences, and explores Austen's technical virtuosity through the formal patterns and puzzles in her books. This book has been widely reviewed in the popular press. He has an ongoing relationship with the Jane Austen Society in the UK as well as the Jane Austen Society of North America and has served as guest and plenary lecturer at their gatherings. He has a substantial body of media work on Austen, and as part of the bicentenary celebrations of the publication of Pride and Prejudice, Professor Mullan was a consultant and interviewee for BBC2's restaging of the Netherfield Ball which was transmitted to 1.6m viewers in 2013.

Professor Mullan's books, lectures and related materials have proved an important pedagogical resource in helping secondary school pupils appreciate the formal features of narrative fiction. He lectures regularly at conferences and summer schools for secondary school teachers, which evaluations have found to be a valuable resource in teaching.