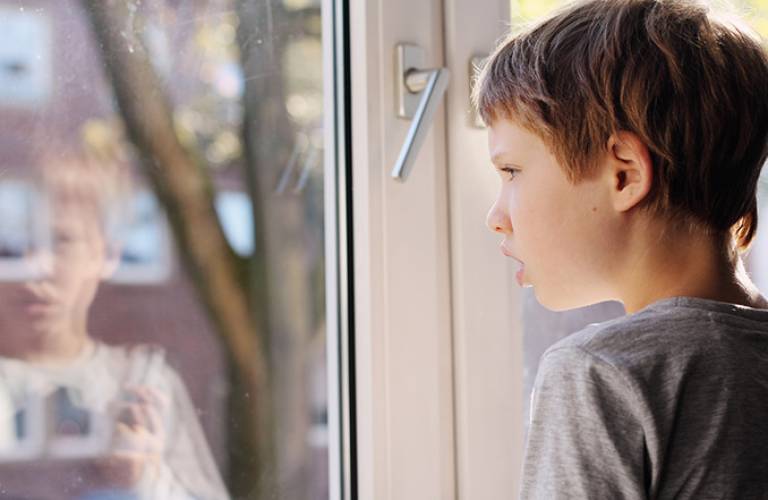 A test for autistic spectrum disorders, developed at UCL and now included in healthcare guidelines and professional standards around the world, has significantly improved diagnosis of these conditions. It has influenced the activities of healthcare professionals, and helped improve the mental health and welfare of children with suspected autistic disorders.

Professor David Skuse (UCL Institute of Child Health) has led a long-running programme of academic investigation that has drawn on both clinical and epidemiological research to study the diagnosis of autism spectrum disorders (ASD), with collaborative input from Dr William Mandy (UCL Psychology &Language Sciences).

The work was, at its inception, the only research programme anywhere dedicated to studying high-functioning ASD. It has included the development of the first computerised interview-based procedure for the assessment of autistic disorders, using a design in which autism traits are conceptualised as dimensional, and the establishment of the largest and most detailed phenotypic database of autistic children outside North America.

The UCL team has also been the largest contributor to the autism component of the UK10k Exome-Sequencing project, set up in 2010 to identify rare genetic variants and study their association with disease traits by sequencing the genomes of 10,000 individuals. Along with colleagues at Cold Spring Harbor, the UCL team contributed to the first evidence describing copy number variations - alterations of a genome's DNA - as an important risk factor in autism.

In a further collaboration with the Avon Longitudinal Study of Parents and Children, the researchers have also shown that gene variants formerly thought to be exclusively related to ASD in fact influence sub-clinical autistic traits in typical children, too. These findings have contributed to the current view of ASD as a dimensional disorder with no clear boundary between normality and abnormality.

The research outlined here has been used by the UCL team to develop a new diagnostic test for ASD known as the computerised Developmental, Dimensional and Diagnostic Interview (3Di) and to establish a company (IXDX Ltd) to oversee the training of clinicians in how to use this test. Each year IXDX Ltd now trains hundreds of clinicians, and the 3Di is in regular use both in the UK and around the world. It is, for example, used in all clinical assessments of the 300-plus patients who attend the Great Ormond Street Hospital clinic for High Functioning Autistic Disorders each year. Furthermore, several 3Di translations, including in Thai, Flemish, Dutch and Spanish, have made the test available beyond the UK, and it is used regularly in countries ranging from Scandinavia through the United Arab Emirates and India, to Argentina and Hong Kong. A Swahili version is currently under development.

Improvements in the clinical assessment of ASD resulting from this use of the 3Di is recognised, not just in positive feedback from patients and healthcare providers, but also in the incorporation of recommendations for its use into important national clinical guidance. That includes guidance produced by the National Institute for Health and Clinical Excellence, which serves both the English and Welsh NHS, and by the Scottish Intercollegiate Guidelines.

In the USA, the research has contributed to revisions in guidelines for ASD diagnosis published in 2013 by the American Psychiatric Association (DSM-5). These included major changes to the content and structure of the autistic symptoms set out there, and the introduction of a new diagnostic term - 'Social Communication Disorder' - to describe symptoms in children who may not meet the diagnostic criteria for 'classical autism', but who nevertheless experience functional difficulties. The DSM-5 committee also identified a 3Di study as the best test of the proposed revised symptom model, due to the 3Di's unique capacity to study ASD features not captured by other instruments.

Aside from this influence on clinical guidelines and practice, the UCL work has made an important contribution to public and media debate about how ASD should be defined and who should qualify for the diagnosis. This has resulted particularly from national and international media interest in the research, which has been featured on (among others) Radio 4's Woman's Hour and popular international blogs such as John Brock's Cracking the Enigma.