Improving quality of life and safety for people with swallowing difficulties 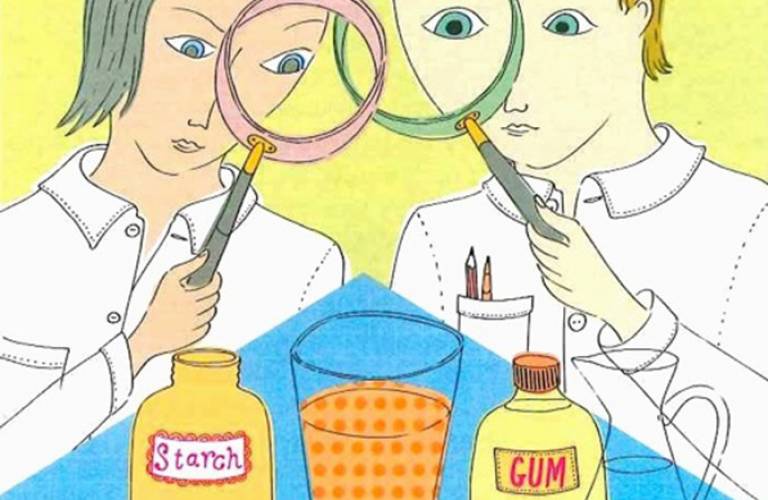 UCL research has underpinned improvements in the development and standardization of fluid thickeners, important tools in the management of swallowing disorders. As well as being used to produce new and refine existing products, the research has supported worker training, the development of new guidelines and increased understanding of the disorders.

Dysphagia is the term used to describe disorders affecting our ability to eat, drink and swallow. This global disability affects 40-78% of people post-stroke and 20-40% of people with Parkinson's disease, but is also found in approximately 14% of people over the age of 60 years and 20% of the general elderly primary care population. It may also affect children, most notably those with cerebral palsy and Down's syndrome.
Dysphagia, which is associated with problems such as choking, chronic aspiration, malnutrition and dehydration, often has a profound impact on quality of life and may be fatal. Persistent swallowing problems typically result in prolonged hospital stays. They add significantly to delays in discharge from -and therefore additional costs to - those hospitals, with some nursing homes unwilling to accept patients who are fed through a nasogastric tube.

Modifying the diet for people who experience dysphagia through changing the thickness or viscosity of foods and drinks is a vital part of the management of these swallowing disorders. That change is usually achieved through the addition of commercially available thickening powders, which both slow the flow of fluid through the oropharynx and increase the sensory input to trigger swallowing, thereby increasing patient safety. Every NHS Trust uses these products, the total (UK) market value of which is some £12-15 million per annum.

Research on these drinks conducted by UCL Language & Communication has had an important influence on the development of commercial products themselves and on the understanding and practice of the healthcare professionals who use them.
In the UCL laboratory, Drs Christina Smith and Ben Hanson examined the flow of thickened drinks during their preparation by carers and over the period during which they were left for patient consumption. This part of the research not only corroborated carers' suspicions that the drinks continued to thicken over time, but also allowed the team to quantify the degree of thickening at different times after preparation.
The next stage of the research tested the quality of the instructions used to prepare the drinks and amongst other things, the need for carers to follow product guidelines rather than relying on subjective visual judgements. These findings were shared widely with healthcare practitioners, including via their publication in a professional magazine.

Drs Smith and Hanson further demonstrated changes in thickened drinks during swallowing when, as a result of salivary amylase, some returned to their un-thickened state. Their study of the two primary groups of commercially available thickeners demonstrated a 10-fold difference in the thickness of different drinks to which the same quantity of thickening powder had been added. The research team used this to propose a solution to preserve the thickened drink and thereby maximise patient safety.

The research findings have been much used by Fresenius Kabi, Nutricia and Nestlé (the three UK producers of thickening products), particularly to support product development and refinement. This has allowed these companies to improve both new and existing production methods, resulting in their provision of a better end product to healthcare providers and users.

The companies have, moreover, made further use of the research to develop and deliver new and improved training for healthcare staff. In this context, they have drawn especially on the research team's clarification of critical issues in the use of thickeners as a therapeutic intervention. Describing the contribution made by the UCL research to this, Fresenius Kabi reported that "Research at UCL by Dr Christina Smith and colleagues has revealed that there are a number of misconceptions around thickening drinks that have led to products being misunderstood and potentially affecting practice carried out by Speech and Language Therapists."

The findings have been incorporated into our training sessions to ensure correct usage of the products and increased understanding into how liquids and thickeners work together allowing health care professionals and patients to use our products with better knowledge around the way the product works which ultimately improves practice. - Fresenius Kabi

Ultimately, the combined effect of these research-based improvements in product development and industry training is improvement in practitioner understanding and, subsequently, in patient health, safety and quality of life.