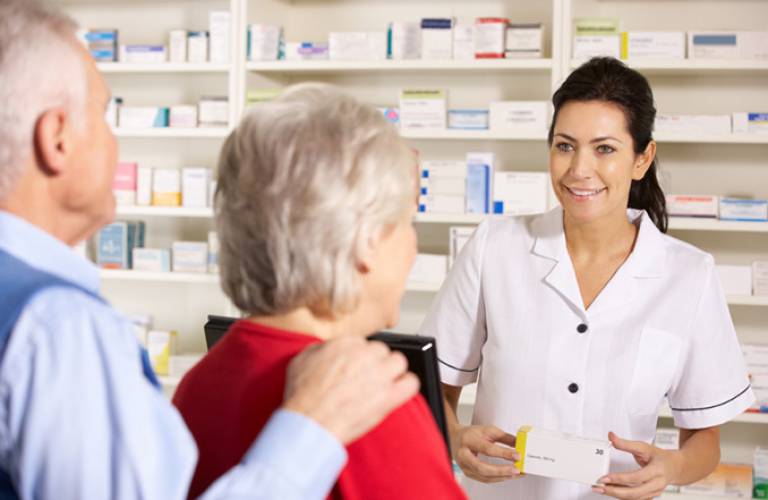 UCL research developed frameworks for the professional development of pharmacists which are now the norm in the UK, are increasingly adopted around the world and underpinned a global framework under the auspices of the Royal Pharmaceutical Society, the International Pharmaceutical Federation, the World Health Organization and UNESCO.

The 2001 Kennedy Report into children's heart surgery at the Bristol Royal Infirmary highlighted the need for all healthcare professionals to "undergo appraisal, continuing professional development and revalidation to ensure that [they] remain competent to do their job".

In response to this, Professor Ian Bates (UCL School of Pharmacy) and colleagues established a multi-disciplinary collaborative - the Competency Development and Evaluation Group (CoDEG) - to systematically tackle these national imperatives in the area of pharmacy. The group initially published a series of influential discussion papers, and identified the drivers now regarded as fundamental for post-registration development of pharmacists. There were two parallel strands to the response: creating and testing practitioner development frameworks which would help to train a first-rate pharmaceutical workforce; then developing an innovative overall model for post-registration practitioner development.

The frameworks and evidence were incorporated by the research group into new models for formal post-registration professional education. Innovative workplace education models, a completely new approach using competence and performance-based methods, were subsequently developed by the CoDEG and UCL team. In 2005, UCL evidence was used as a basis for Department of Health guidance to establish the first NHS Consultant Pharmacist posts in England. As a result, over 100 Consultant Pharmacists were in post across England in 2014. In 2006, the formal Joint Programmes Board was established by the CoDEG and UCL team in partnership with the NHS. This has become the accepted foundation pathway for all early years' practitioners across most of England's NHS Trusts. The cumulative research also supported adoption in Wales and Northern Ireland.

In 2012, Health Education England commissioned an independent report into the use of practitioner development frameworks for pharmacists. The report recommended national uptake of the frameworks developed by the UCL team, and the Royal Pharmaceutical Society (RPS) subsequently adopted stewardship of the CoDEG frameworks to enhance professional capability across all health sectors and improve the quality of healthcare provision. This is now the national norm for practitioner development for the 42,000 registered pharmacists in the UK.

Internationally, CoDEG evidence has been integrated into a number of practitioner development frameworks. This includes the European Union-wide PHARMINE programme, endorsed by all relevant EU pharmaceutical organisations. In Australia, Queensland Health, which covers about a third of the population, improved the competency of its practitioners through development of an adapted version of the CoDEG frameworks. This initial work has now been taken up nationally across Australia.

Singapore has also collaborated with CoDEG to develop a national framework for foundation level practice. This particular work stream has driven reform of practitioner development in Singapore along similar lines to the UK. Other countries where this framework is being translated and adapted for national use are Ireland (via the Pharmaceutical Society of Ireland), Croatia (via community pharmacy providers) and Serbia (via National Expert Panel and community pharmacy providers) and similarly with Macedonia, Lithuania, Brazil, Montenegro, Bosnia and Herzegovina, Pacific Island Nations and Pan-American Primary Health Care organisations. Finally, the world federation - the International Pharmaceutical Federation, representing over 3 million pharmacists worldwide - have adapted and adopted a Global Competency Framework based on this cumulative evidence to provide leadership for global workforce development.

Over the last 10 years, the cumulative evidence from the CoDEG group, in relation to the development of practitioner development frameworks, policy formation and novel professional education models has improved the quality of pharmacy services through the reform of educational provision and the implementation of practitioner development frameworks. Such frameworks are now the reference for pharmacist development and professional recognition and will form the basis for the statutory regulation of continuing fitness to practice (revalidation) by the GB regulator (the General Pharmaceutical Council). The research has grown into a worldwide project, with international recognition from nation states and UN agencies for its important role in developing safe and capable clinical pharmacists.