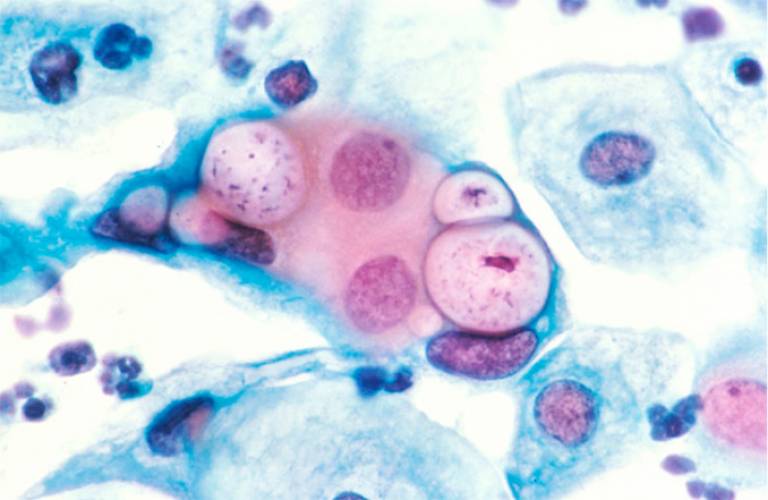 Research by the UCL Institute of Women's Health into the effectiveness of chlamydia screening resulted in changes to the National Chlamydia Screening Programme in England. Focusing chlamydia testing within sexual health and primary care services rather than screening low-risk groups will make considerable savings for the NHS.

Chlamydia is one of the most common sexually transmitted infections (STIs) in the UK. In 2012, more than 200,000 people tested positive for chlamydia in England alone. Research by Professor Judith Stephenson (UCL Institute of Women's Health) and colleagues investigated the effectiveness of the National Chlamydia Screening Programme (NCSP).

The UCL review of chlamydia control in the UK was part of a systematic survey of chlamydia control activities in 29 European countries. This was commissioned by the European Centre for Disease Control and Prevention and informed its guidance to health policy makers in the EU about national strategies for chlamydia control. A further systematic review of chlamydia screening by the University of Bern and the UCL Institute of Women's Health was commissioned by the National Institute for Health and Care Excellence to inform its own guidance in the UK. Professor Stephenson presented the insights gained from this research to the annual NCSP meeting (2007) and to the Independent Advisory Group at the House of Lords (2008). She was also among the experts who gave evidence at interview to the National Audit Office for their report on value for money of the NCSP.

Finding and treating chlamydia infection in asymptomatic women is a good thing, but there is no clear evidence that population-based screening reduces long term complications (ectopic pregnancy or infertility). - Professor Judith Stephenson, speaking at the plenary debate at the World STI Conference 2013, Vienna

Professor Stephenson argued that since the NCSP did not use unique identifiers or collect any clinical outcome data, it was not able to evaluate its aims. Following her research findings, a National Audit Office report concluded that the delivery of the NCSP had not demonstrated value for money. This was swiftly followed by a highly critical report from the Public Accounts Committee (2009-10).

In response to these criticisms, the NCSP focused on chlamydia testing in sexual health services and primary care, and has ceased screening in low-risk groups. The 2013 update on the NCSP acknowledges the gaps in current knowledge that UCL research highlighted and describes a new policy of re-focusing chlamydia testing within health services, moving away from population-based screening with coverage targets.

These and other organisational changes are expected to substantially improve value for money reducing, the average cost per chlamydia screening from £45 to £33.

Following changes in the England's chlamydia screening policy, Professor Stephenson was invited to present a plenary debate at the STI and AIDS World Congress in Vienna on whether to abandon population-based chlamydia screening of asymptomatic young women, showing that this research is now influencing debate globally.

Chlamydia in a cervical smear