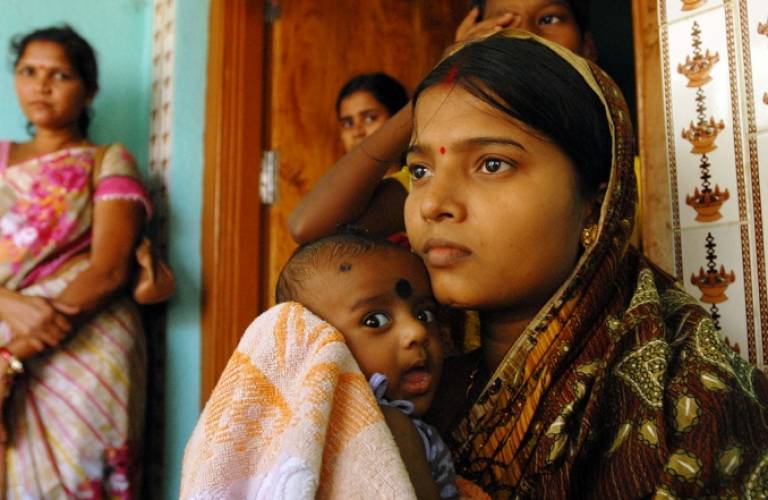 UCL researchers and overseas partners have developed a successful community intervention to improve maternal and newborn health, which is now saving lives in India's poorest communities and is being taken up in other low- and middle-income countries.

Nearly 99% of the world's maternal and newborn deaths occur in low- and middle-income countries. South Asian and African nations shoulder a substantial proportion of this burden. Researchers at the UCL Institute for Global Health (IGH), led by Professors Anthony Costello and David Osrin, have worked with partner organisations in Nepal, India, Malawi and Bangladesh to develop a community intervention aimed at tackling this issue.

The intervention involves village women's groups working together to identify, prioritise and address common problems during and after pregnancy using local resources. It was first developed in Nepal, and then tested in a large community cluster-randomised controlled trial, where it led to a 30% reduction in neonatal mortality. The intervention increased care-seeking during pregnancy and institutional deliveries, was also linked to improved newborn care practices in the home and built the capacity of groups to take decisions, mobilise resources and support each other when a crisis occurred.

The team then worked with organisations in India and Malawi and Bangladesh to further test and develop the intervention, establishing the best conditions for it to be successful.

The intervention has now being rolled out across large parts of India, including the high-mortality eastern states of Jharkhand and Odisha. The project has so far worked with 4,676 women's groups across 17 districts in four states, covering a population of over two million people.

"Earlier, we didn't clean our hands before cooking and eating. We'd just leave the baby and go off to work," said one mother who took part in the programme. "Now we clean and grow vegetables ourselves. We keep the water clean in the house. Women in the village help one another and sometimes pool money to transport someone to hospital for delivery and visits to the doctor."

Dr Audrey Prost and members of the research team are now working with the World Health Organization to develop a training module for community health workers intended for global dissemination, and to drive further uptake of this striking programme of work.