Improving legal and corporate understanding of informal practices in Russia Professor Alena Ledeneva's research on informal practices and governance networks in Russia led to the development of tools used by senior executives at international corporations to evaluate and manage the risk of corruption. The research influenced rulings and expert testimony provided in British courts affecting the outcomes of major commercial trials.

In 2013, Transparency International ranked Russia 127th out of 175 countries on its corruption perception index. According to some estimates, corruption accounts for near 30% of the cost of doing business in Russia. Additionally, in the specific Russian context, the system of 'telephone justice', whereby the judiciary is subject to informal pressures from the executive, is perceived to pervade the judicial system.

Professor Alena Ledeneva (UCL School of Slavonic & East European Studies) investigated Russia's economy of favours; the informal networks which allowed people to survive, during Soviet times, in an economy shortage. An important example is blat - the use of personal networks for getting things done. Following Russia's breakup with its communist past, she found, this evolved into sistema or networks of informal governance. She studied, in particular, Russian public perceptions of informal practices, and the phenomenon of 'telephone justice' or extra-legal pressure on the judiciary from the executive. 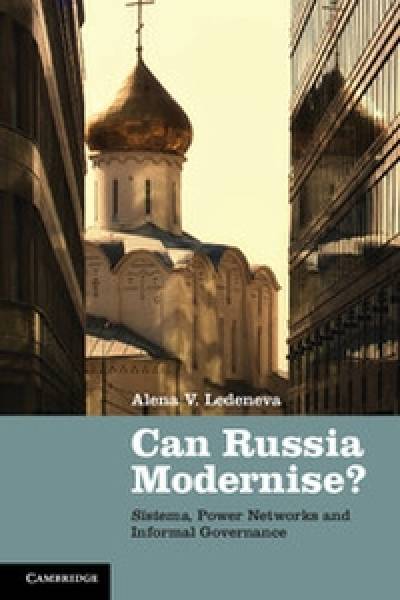 Professor Ledeneva's research has been used in legal proceedings, including landmark decisions in London. Lawyers specialising in extradition cases and other academics cite her work as underpinning expert advice and legal arguments.  For example, in 2010, her research among others was used to argue that the oligarch Yevgeny Chichvarkin could not be extradited as he would not receive a fair trial in Russia, and in the $5 billion case of Berezovksy v Abramovich in 2012 the expert witness report relied on her research. In the widely cited ruling on Cherney -v- Deripaska  (a £2 billion suit between two Russian oligarchs), High Court Judge Mr Justice Christopher Clarke used Ledeneva's research to support his ruling that the case could be served in London due to the "risks inherent in a trial in Russia".

Corporations working in Russia and other societies with entrenched informal networks have to navigate a complex and treacherous landscape, and employ a wide range of internal and external strategies to navigate and tackle corruption. In collaboration with Professor Stanislav Shekshnia of INSEAD, Professor Ledeneva developed a survey of informal practices and mitigating strategies by companies operating in Russia, to help CEOs and other executives reflect on the variety of informal practices in their own organisations, to monitor and assess the subsequent risk of corruption there, and to devise strategies to manage them in this unique context. Through the INSEAD executive education programme and bespoke trainings, these surveys were distributed to senior managers of corporations working in the region. The trainings received high ratings from attendees, and several subsequently used the materials independently; one launched an internal corruption mitigation programme, while another applied the methodology to their regional operations, and a third incorporated the materials into their executive training programme. These tools thus provided a new approach to understanding and tackling corruption in the Russian context, and of developing ways to address it by drawing on tools developed on the basis of Professor Ledeneva's research.

In societies faced with endemic corruption, it cannot be fought, it should be managed. We have developed strategies and instruments for managing corruption. - Professor Alena Ledeneva