Improving judicial selection and training in the UK and abroad 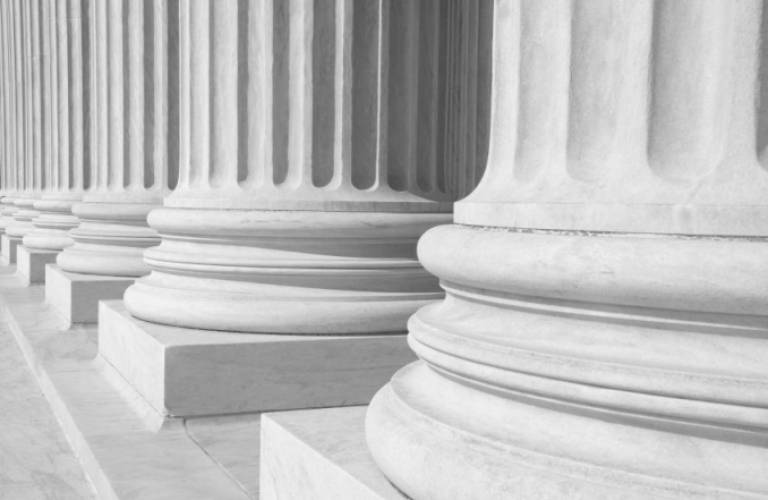 Pioneering empirical research at UCL had tangible impacts on judicial selection and training policies and practices in the UK, Europe and in international courts. These included fairer judicial selection practices, better understanding of and reduced barriers to judicial diversity, better data collection on judicial appointments and more effective judicial training.

Judges and courts play an increasingly important role in national and international politics, and the selection and training of judges is of critical significance to the proper functioning of the justice system.  Yet little if any empirical research had been conducted about appointments and training for UK or international court judges.  A series of research projects at UCL Laws led by Professor Dame Hazel Genn and Professor Cheryl Thomas (Co-Directors of the UCL Judicial Institute) and Professor Philippe Sands (Director of the Centre for International Courts and Tribunals) led to changes in both the appointment and training of national and international court judges.

In 2006, a new system of judicial appointments was introduced in England and Wales. This raised expectations that there would now be greater diversity in appointments, but progress was slow. In 2008, Professor Genn was commissioned to conduct research to understand why highly qualified practitioners were not applying for senior judicial posts.  Her finding that many practitioners, particularly women, did not apply because of the lack of flexible working conditions contributed to the introduction of a legislative provision for flexible working in the High Court in 2013. The number of women appointed has increased from 10 in 2008 to 18 in 2013.  In 2010, Professor Thomas was commissioned by the Neuberger Panel on Judicial Diversity to identify successful diversity strategies implemented in other jurisdictions.  Her  findings led to improved diversity data collection by the Judicial Appointments Commission, enabling a more reliable assessment of progress, and were also drawn upon in the House of Lords Select Committee on the Constitution's 2011 recommendations for improving the judicial appointments process in the UK.  In 2008-9 Professor Sands conducted research on judicial appointments to international courts, and his findings were used by the International Criminal Court in 2011 to draw up new operating procedures and, in 2013, to review processes used by member states in screening potential appointees.

In 2006, Professor Genn was also commissioned by the Judicial Studies Board to develop a Framework of Judicial Abilities and Qualities based on an empirical study of the training needs of the English judiciary.  Since 2008, this framework has been used as the basis for the development of all judicial training in England and Wales, and has been adopted abroad.  The Judicial Studies Board also commissioned Professor Thomas to review judicial training in Australia, the United States, Canada and nine European jurisdictions and identify best-practice and innovative learning programmes. Based on this UCL research, in 2008 the Judicial Studies Board implemented a new training strategy, which includes more use of participatory learning, cross-jurisdictional courses and generic skills courses on  "judgecraft".  Professor Genn also conducted a review of judicial training needs in Scotland in 2007.  Her recommendations for change were implemented and led to the development of a new training programme and the establishment of the Judicial Institute of Scotland, which has transformed the approach to and facilities for judicial education.

Professor Thomas's 2010 research on judicial diversity strategies in other jurisdictions led to the Neuberger Panel recommendation that judicial skills training be offered to lawyers interested in applying for a judicial post. In 2011, the UCL Judicial Institute developed a training course for lawyers wishing to apply for judicial appointment, which was cited by the Judicial Diversity Taskforce as evidence that several key recommendations of the Neuberger Panel have been fulfilled. Professor Thomas's 2008 review of judicial training in 12 jurisdictions also contributed to the framework and deliverables for the four work packages of the European Commission's Menu for Justice project, which assessed key gaps in legal and judicial education in Europe and produced a database of national reports on all member states.