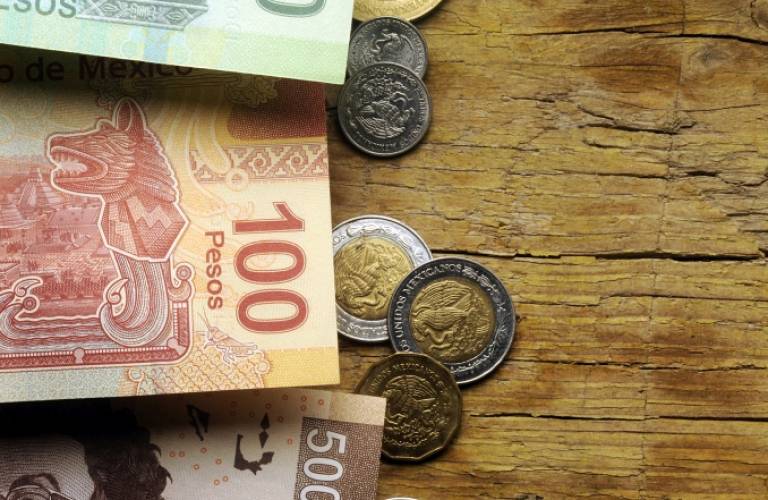 UCL research underpinned the design and evaluation of an innovative pilot Conditional Cash Transfer programme in two Mexican major cities with a population of 4 million. In Colombia, an evaluation led to improvements in and expansions of the programme, with ongoing benefits to 3 million households.

A Mexican conditional cash transfer (CCT) launched in 1997 was the first of a new generation of welfare programmes that have since become one of the most popular forms of policy intervention in Latin America. CCT programmes transfer cash to poor households if they comply with a set of conditions that typically have to do with the accumulation of human capital, for instance sending children to school or bringing them to health centres for growth and development check-ups. These programmes have been instrumental in reducing poverty and improving social indicators.

Professor Orazio Attanasio (UCL Economics) has conducted extensive research on both the Mexican and the Colombian versions of this programme. This has included analyses of the impacts of CCTs on a variety of outcomes in both countries, from school enrolment and consumption to women's empowerment, which have shaped CCT policy in both countries.

In Mexico, PROGRESA, which was renamed Oportunidades in 2003 when it was expanded to urban areas, is one of the most successful CCT programmes in Latin America and a key instrument of national social policy. It now has over 20 million beneficiaries and is widely seen as an effective method of reducing poverty, increasing enrolment in secondary school, improving the nutritional status of children and empowering women in poor households.

Between 2002 and 2008, Professor Attanasio's membership of the advisory board supporting the evaluation of Oportunidades by the Government of Mexico enabled him to advise changes to maximise the benefits of CCT, based on research which found that CCT linked to primary school attendance were less effective than those linked to secondary school attendance. On the basis of this work he suggested that grants to attend secondary school be increased, and those for primary school decreased.

The cutting-edge policy and evaluation research conducted by Dr Attanasio - in direct and long-term collaboration with governments and banks - is certainly quite unique in the field, where an emphasis on academic publication can sometimes trump timely and feasible actions and advice to improve program impact. - Amanda Glassman, InterAmerican Development Bank

In 2009 the Mexican government followed this advice in its expansion of the programme to the cities of Puebla and Ecatepec. In particular, it drew on Professor Attanasio's research to pilot a revised grant structure abolishing primary school grants and increasing those supporting secondary school attendance. These changes were introduced in Puebla and Ecatepec, each of which has over 2 million inhabitants. He advised on the design and led evaluation of two versions of this programme. The evaluation found that the new grant structure increased female attendance by 8% in Ecatapec. A change of government delayed implementation, but in 2013 Professor Attanasio was once more invited to advise on design and implementation of Oportunidades.

Professor Attanasio's research on the Colombian CCT programme, Familias en Accion, which found that it had benefited rural children's nutritional status and secondary school enrolment, influenced the Colombian government decision to expand Familias en Accion twice, in 2005 and 2007, to make it the country's biggest welfare programme, benefiting 3 million households. In 2009, Professor Attanasio piloted a stimulation and nutrition intervention to foster cognitive development in young children in 96 small towns, and demonstrated cognitive and language improvements of about 25%. One of the innovations of this intervention was to deliver it using local resources: the elected representatives of the CCT programme. The success of the Colombian pilot, which received considerable international attention, led to a new collaboration with the Peruvian government in designing a comparable home visit programme as part of a new early childhood development strategy. This new programme is now being rolled out to millions of poor children in Peru. The original research, financed by the ESRC, received an ESRC impact prize in 2012.