Improving the diagnosis and understanding of Batten Disease 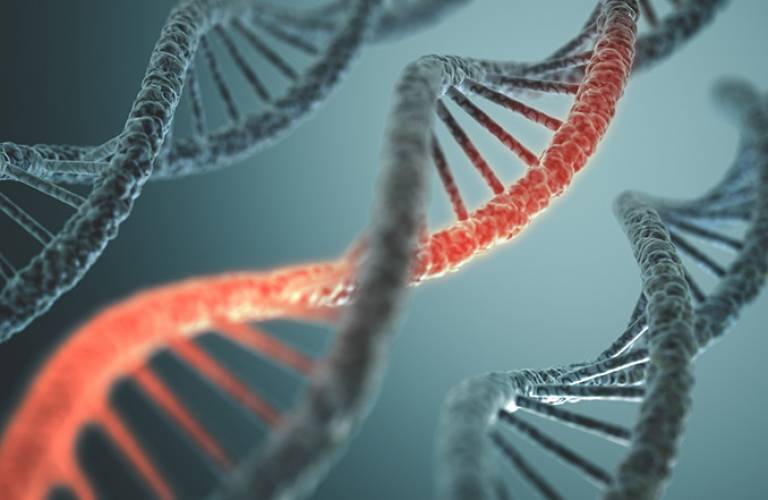 Research at UCL into the genetics of Batten Disease has had a global impact on diagnosis and understanding. The identification of genes and mutations has led to new diagnostic tests, which inform clinical management and allow prenatal and pre-implantation diagnoses for prevention.

Neuronal ceroid lipofuscinoses (NCL) - also known as Batten Disease - is a rare, progressive, inherited neurodegenerative disease affecting all ages, but mainly children. It is characterised by visual failure, epilepsy and a progressive loss of cognitive and motor functions, leading to premature death. Incidence varies across populations but is between 1 in 12,500 and 1 in 100,000, with approximately 10 new patients diagnosed each year in the UK.

An interdisciplinary and cross-institutional group led by researchers at UCL has established a new classification of NCL diseases according to gene-based nomenclature. Information about all genes that underlie NCL has been collated in the NCL Mutation Database, which is freely available on the NCL Resource website, and the group has used its work to develop new diagnostic tests. It has also engaged closely with professionals and families affected by NCL.

Much of this is based on research that began in the 1990s and continues to the present day on the identification both of genes that cause NCL and of many mutations in these genes that cause typical and atypical NCL disease. This genetic information has been continually incorporated into fresh diagnostic algorithms. In 1998 the UCL-hosted and curated NCL Mutation Database was launched to provide a freely accessible list of these identified mutations as an aid to mutation diagnosis and to carrier and prenatal diagnosis. In 2005 this was incorporated into an expanded website - the NCL Resource - to meet a clear need for an unbiased summary of research and clinical information for this rare disease. The development of the NCL Resource established UCL as an international centre for NCL and provided a unique resource that is highly valued by the international community. Diagnostic algorithms, updated as new genes are discovered, are displayed on the NCL Resource website, as is a revised disease nomenclature established by the research team in 2012. This replaced the original classification system - devised in 1969 and based on age of onset - with a more accurate and appropriate, gene-based system providing essential information required for clinical therapeutic intervention and ensuring that families know exactly what their disease is.

Since monitoring began in mid-2009, the NCL Resource website has received more than 35,000 unique visits from 146 countries. It supports families hoping to learn about NCL after a new diagnosis and to keep up to date with the development of therapies; helps clinicians learn how and where to access specialised tests for diagnosis; keeps researchers updated about the wider aspects of NCL, recent gene identification and mutation data; and allows other professionals to link to international groups, including the UK Batten Disease Professional Development Group.

After scouring the internet for the past few weeks and sifting through scientific journals, personal testimonies, and clinical studies, I continue to return to your NCL website. At least for me, it is by far the most accessible, user-friendly, and informative site for the layperson that I have found and subsequently used. Thank you for providing this resource--to the global community, indeed. - website user

The mutation database was significantly upgraded again in 2011 and 2012, with the addition of data on all published cases to allow better understanding of the genotype-phenotype relationship of NCL, and to incorporate more detailed genomic information. This underlies the continued development of diagnostics based on new DNA technologies as well as biochemistry, and the UCL group remains committed to elucidating the molecular basis of the NCL. Recently, work has begun to identify new therapeutic tools for the most common NCL, juvenile CLN3 disease, and to develop gene therapy for the visual failure associated with the diseases, but the research has already had global effects on the diagnosis and clinical management of NCL more broadly. Laboratories around the world now offer comprehensive testing for the NCL, and the research has found diagnostic applications in prenatal and pre-implantation diagnosis for prevention, predictive testing for pre-symptomatic diagnosis and the definitive diagnosis of symptomatic disease and determination of carrier status for relatives. For patients and their families the most significant impact has been the improvement in the time taken to reach a definite diagnosis. This had previously taken several years for some families but can now be as short as a few months or even weeks.

This work has most recently been funded by an EU FP7 award 'DEM-CHILD', and the public engagement aspects are also supported by disease charities such as the UK Batten Disease Family Association.