Improving diagnosis and treatment of the inherited cardiomyopathies 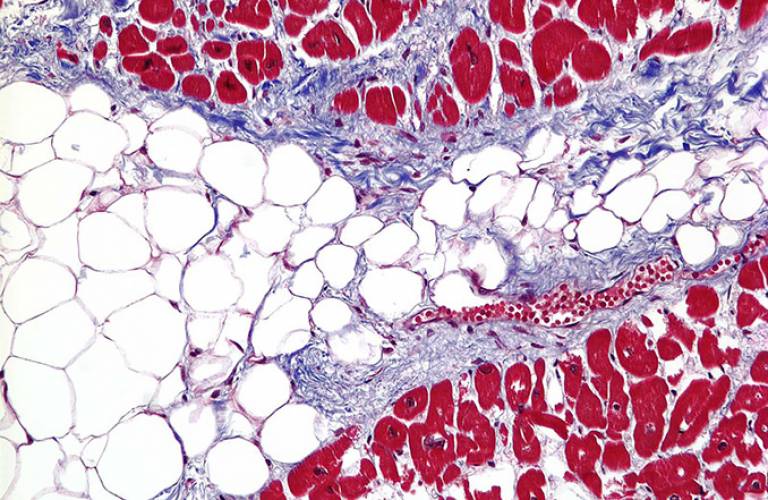 Over the past decade UCL research findings have impacted on the diagnosis and treatment of patients with inherited cardiomyopathies.

Cardiomyopathies are diseases of the heart muscle, which are usually inherited. They cause a variety of clinical syndromes, including sudden death in apparently healthy young people, heart rhythm disturbances in later life, that cause stroke, and debilitating heart failure that reduces the quality of life and causes premature death.

Basic molecular and clinical research undertaken by researchers at the UCL Institute of Cardiovascular Science has resulted in significant improvements in the identification and treatment of patients with cardiomyopathies, underpinning development of the largest inherited cardiovascular disease service in the UK at UCLH and Great Ormond Street Hospitals, which sees more than 20% of the national caseload. Genes identified by the research are now regularly tested for across the UK and around the world.

These recommendations for sudden death prevention are likely to spark considerable interest and debate as they provide advice based on real estimates of risk rather than relative risks as in all previous guidelines. This will bring into focus the balance between clinical efficacy on the one hand and the potential risks and costs of therapy to individual patients and health-care economies on the other. - Professor Perry Elliott on the new European Society of Cardiology guidelines using the UCL risk model

In hypertrophic cardiomyopathy (HCM), which is the most common inherited cardiac disease, the team have identified new mutations in patients with this condition, and established a new method for the classification of genetic variants. The data collected in the clinical HCM programme at UCL have been used to develop and validate new risk prediction models that have been incorporated into European guidelines for treatment with implantable cardioverter defibrillators, which prevent sudden cardiac death by sensing heart rhythm disturbance and restoring normal rhythm. Around 400 patients have already undergone ICD implantation using the risk tools developed by the group.

In arrhythmogenic right ventricular cardiomyopathy (ARVC), which commonly presents with heart rhythm disturbance and sudden cardiac death in young, previously well individuals, researchers have undertaken a systematic evaluation of families with ARVC using MRI scanning, which has revealed previously unrecognised sub-clinical forms of disease. Detailed work examining the relationship between genetic mutations and clinical presentation has led to a new European classification for cardiomyopathies and a clinically based approach to diagnosis that emphasises disease specific presentations and outcomes.

Since 2011, a pan-European study (the INHERITANCE Consortium) has investigated the laminopathies - a group of diseases caused by mutations in the gene coding for a protein called Lamin AC that accounts for 5-8% of unexplained heart failure and also leads to sudden cardiac death. This work showed that for most people who inherit the gene, the disease follows a predictable course. By recognising these characteristic stages of disease, patients and families can be identified much earlier, and preventative treatment can be started. A number of families have already been identified through the UCL screening clinic, and are benefiting from early treatment.

Throughout the course of the research, the team have engaged with policymakers and specialist organisations to translate findings into better policy, service design and commissioning of specialist services for these conditions. They have also contributed to national and international guidelines, and have worked closely with patient groups on multiple public and patient engagement initiatives - for example, Professor William McKenna is a patron of the charity Cardiac Risk in the Young, and has assisted this organisation with their ongoing national campaign to screen young people for hereditary cardiac diseases. Professor Perry Elliott is vice president of the Cardiomyopathy Association which provides support, advice and care for patients with cardiomyopathy and education for healthcare professionals.

Work in the programme is supported by Department of Health's National Institute for Health Research Biomedical Research Centres funding scheme, the British Heart Foundation and the European Commission.