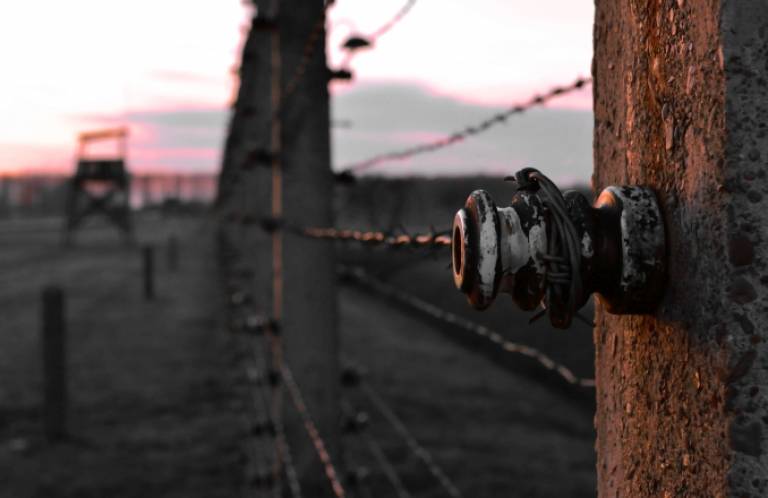 Research transformed how the Holocaust is taught and created a professional development programme for thousands of teachers which ensured that about 1 million pupils experienced deeper emotional and intellectual engagement with the subject.

Although the Holocaust has been a compulsory topic in England's schools at Key Stage 3 since 1991, there is no government guidance on how this complex and potentially contentious subject could, or should, be approached. A UCL Institute of Education study (2008-09) at the Centre for Holocaust Education, on Holocaust teaching, revealed that very few teachers received specialist professional development and there were serious gaps in teacher knowledge.

Researchers found teachers gave scant attention to pre-war Jewish life, or victims' perspectives. This reflects the content of commonly used textbooks that focus on perpetrator-orientated narratives. Most teachers (85%) believed the Holocaust should be a compulsory part of the secondary history curriculum, but many found it difficult to articulate its distinct historical significance.

The study was the first large-scale national research into the challenges of teaching about the Holocaust. The Centre used its findings to develop groundbreaking CPD and initial teacher education programmes, which are now taught across England, helping ensure that approaches, activities and materials are specifically designed to meet classroom needs.

The Centre's free educational resources include student-centred investigations into questions of Jewish resistance; detailed examination of the layers of complicity in genocide; and a range of activities exploring the impact, legacy and significance of the Holocaust. The resources enable history teachers to teach about the Holocaust more confidently and effectively, with deeper knowledge about this complex issue, while the supply of age-appropriate resources and activities supports young people as they engage with this difficult and emotionally challenging subject. This education is essential in helping pupils to examine how the flaws in modern societies can allow them to descend into genocide; gain a greater understanding of the causes of mass violence; and help strengthen efforts toward genocide prevention through recognising warning signs, engendering feelings of responsibility towards vulnerable groups, and understanding what forms of action and intervention are possible.

Sir Andrew Burns, former UK Ambassador to Israel and now Britain's Envoy for Post-Holocaust Issues, says the IOE is "at the leading edge" of Holocaust education internationally. "The IOE's approach marks a shift away from simple 'lessons of the Holocaust' to genuine engagement with the complexity of the past, and deep learning about one of the most traumatic events in human history," he says. "What is remarkable is the extent to which such complexity can be made accessible to pupils."

Teachers attest to substantial change in their lessons. For example, Leanne Judson, a 'teacher of excellence' in the Humanities and an ex-head of history, told the Guardian Teacher Network in 2012 how the Centre's CPD course spurred her to change her school's whole scheme of work. Her pupils said that the resulting classroom work was "the most memorable study they had done and the one that had the biggest impact on them emotionally and intellectually".

The Centre has established a group of 'Beacon Schools in Holocaust education' which have developed programmes of study that are now being shared with their own school networks throughout England. Inspectors judged the Holocaust lessons they saw at one such school, Royal Wootton Bassett Academy, as outstanding: "The engagement of students, their understanding, empathy is quite unique - a truly holistic and powerful learning experience. It is hard to judge this against various criteria as we have never seen anything quite like this. Extraordinary."

Internationally, the Centre developed educational materials for the UN that were distributed to government and NGO representatives from some 30 member states in the International Task Force (now the International Holocaust Remembrance Alliance), and to UN officers around the world for use in their Holocaust education work.

Funders included the ESRC, HEFCE, Department for Education and the Pears Foundation.