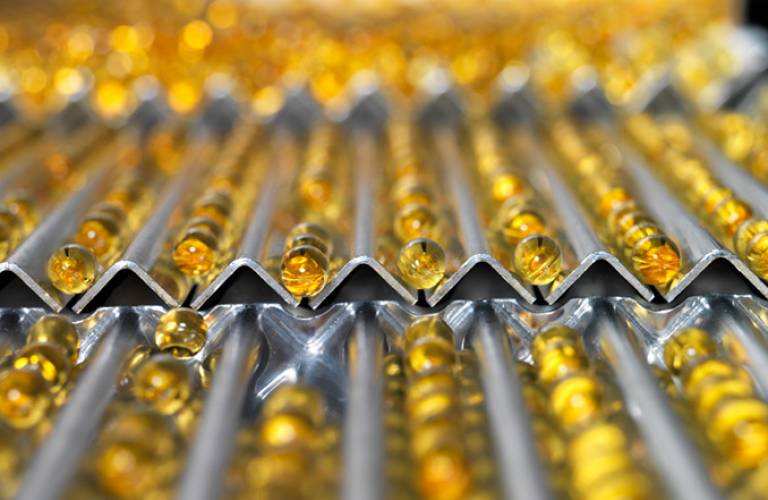 A biocatalysis engineering research programme at UCL has created technologies critically needed by the chemical and pharmaceutical industries. The programme also established a range of green technologies for the rapid design of more environmentally friendly industrial biocatalytic processes.

UCL's biocatalysis integrated with chemistry and engineering (BiCE) research combined synthetic chemistry, molecular biology and process engineering to create libraries of engineered enzymes, which companies now license, saving them the time and costs involved in in-house library generation. For example, Almac has used over 100 of these enzymes to test in its drug discovery programmes and for customer contracts, and the company chose one to convert a client's compounds. Almac reports that not only is the new enzyme process one-third of the cost of the chemical process, but the yield has increased from 10% to over 90%.

The BiCE enzyme technologies have been exploited through the formation of spin-out company, Synthace, the UK's first dedicated synthetic biology company start-up. It aims to make high-value, bio-based chemical and biological products. In 2013, the then-Universities and Science Minister, David Willetts, recognised the contribution of Synthace to an "increasingly important" section of the UK economy, saying: "Companies like Synthace can help the UK exploit the massive potential that synthetic biology has both here and abroad. By making investment in technology now, it will ensure that in ten years' time the UK is at the forefront of the global race when it comes to commercialising new technologies."

Companies involved in the research project have adopted many of the new bioprocess tools for their own production, speeding the design of new biocatalytic proesses. These include Lonza, Merck & Co, Evonik and DSM. Merck & Co reported a three- to five-fold productivity improvement by applying microscale-based techniques. This shortened the duration from catalyst screen to delivery of milligram quantities of initial material by 70%, enabling an increase in the number of projects that can be handled by a single scientist and widening the catalyst library that can be rapidly screened.

The enzyme portfolio developed by our BiCE team is a powerful and growing resource that is continuing to generate commercial and academic take up. - Professor John Ward

Commercial use of BiCE enzymes also benefits the environment, as biocatalysis can replace chemical approaches that require the use of hard-to-dispose-of organic solvents. Almac noted that one recent success using a BiCE enzyme resulted in the removal of eight steps of chemistry, significantly lowering reagent and energy use, and, very importantly, waste production.