Forecasting the time and place of crime hotspots 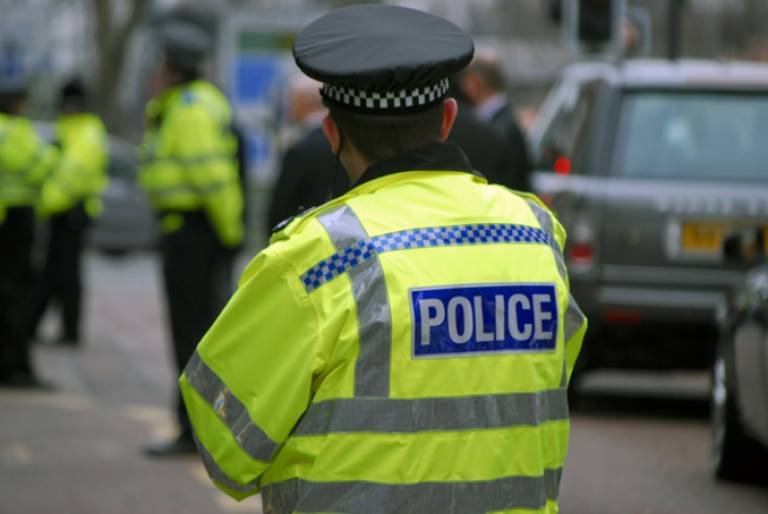 UCL researchers worked directly with police forces to spearhead the use of crime mapping and forecasting methods to prevent crime. In areas of implementation crimes such as burglary fell by 20-66%.

Over 35,000 cases of burglary are reported across England and Wales each month. Predicting where and when offences will occur has until recently proven very difficult. Combined with the erroneous belief that preventing crime in one location simply moves all of it elsewhere, this has led to a traditional police emphasis on detection. While detections are certainly important, as Benjamin Franklin noted, an ounce of prevention is worth a pound of cure.

Researchers at UCL Security & Crime Science have over the last decade developed tools that forecast the time and place at which crime is committed more accurately than was previously possible, and provides training in the use of these tools. Starting with the observation that crime hotspots are slippery, with many moving around over time, Professors Shane Johnson, Kate Bowers and Ken Pease demonstrated that the risk of burglary shows a pattern analogous to a contagious disease. Better prediction enables police officers to develop tactics that locate officers in the right place at the right time to prevent a crime from occurring.

Their research suggests that forecasting is possible because offenders often adopt 'foraging' strategies. They maximise benefits whilst reducing risk, for example by returning to houses they have already burgled, or to similar houses in the neighbourhood, for a matter of days or weeks, until they have exhausted the best opportunities or they begin to worry about detection by 'going to the well once too often'. Targeting crime prevention activity or police patrols in very small areas where a burglary has recently occurred can reduce the total number of burglaries. The techniques have wider applications, for example having been applied to forecasting the detonation of improvised explosive devices.

Training provided for, and engagement with, practitioners such as the police (by Professors Bowers, Johnson and Pease and Spencer Chainey), has led to the implementation of successful crime prevention strategies based on this approach. In 2010, Greater Manchester Police in Trafford (population 226,578) reduced burglary by using predictive maps to deploy police patrols and other resources to those areas expected to be most at risk. There was a 38% reduction in burglary over two years and the approach was extended to other crimes, achieving, for example, a 29% reduction in theft from motor vehicles.

It was an enormous but worthwhile effort to move this from the page to the reality of an operational setting. I'm very proud we developed a successful means for the mapping of future risk of crime, accompanied with a complementary system of police deployment. This was subsequently successfully adopted by a significant number of UK police forces. - Inspector Vincent Jones, Greater Manchester Police

Similar successes have been seen elsewhere in the country. In 2012 in North West Leeds (population 321,000), which had previously experienced the highest burglary rate in the country, a 48% decrease in burglary was accompanied by increased public confidence in the police. Similar approaches were used in Kent, West Mercia, and London. In Canada, a Neighbourhood Empowerment Team in the city of Edmonton developed an intervention based on the research, which reduced burglary by 66% in the trial area.

This has fed into policy at every level; researchers have served as expert witnesses to parliamentary select committees, advised Her Majesty's Inspectorate of Constabularies, and contributed to training courses provided by the College of Policing. The work has also received extensive media coverage through the BBC and the New Scientist.