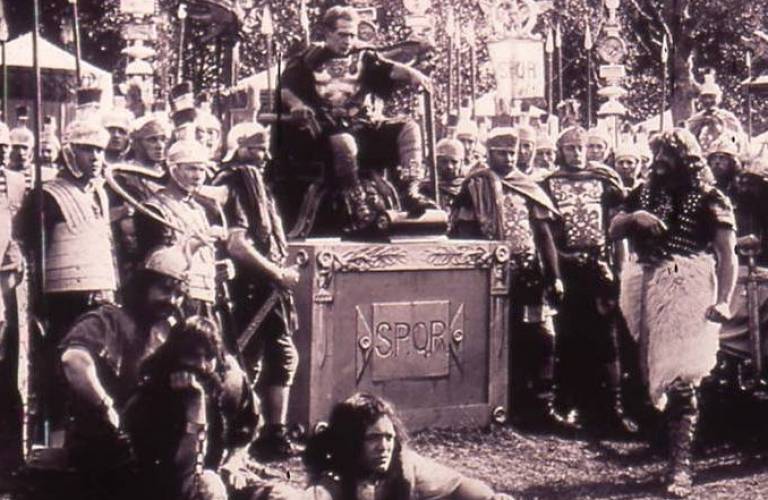 Professor Maria Wyke's research on film has influenced public access to and understanding of antiquity in silent cinema through screenings, film festivals and broadcasts, and influenced the curation, restoration and exhibition of such films by national archives as part of the cultural heritage of Europe and the USA. 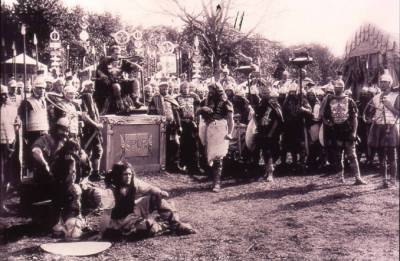 Ancient Rome has remained a perennial source of fascination for filmmakers, from the silent era to 2014's action hit Pompeii. Professor Wyke (UCL Greek & Latin) researches the representation of Roman history, and ancient civilisations more broadly, in cinema from its beginnings. She has shown how antiquity provided early cinema with a platform on which to build a claim to cultural value, how antiquity films made in this period relate to later films as well as other conceptualisations of antiquity, and how such films play out in the past contemporary concerns about politics, religion, class, gender and sexuality.  She has also researched how Julius Caesar has been portrayed in western culture, particularly in the United States, and the ideological roles his figure has played over the years.

Professor Wyke's research has helped to curate, restore and exhibit silent film as cultural heritage by archivists, curators and programmers. She helped the British Film Institute (BFI) to select and contextualise films for public viewing, and at the Bologna Film Festival, a senior programmer drew on advice from her to run an entire strand on antiquity in film in 2011 and again in 2013. In 2013, celebrating the centenary of the crucial feature film Quo Vadis?, Professor Wyke, with her collaborator Pantelis Michelakis of the University of Bristol, introduced the films and led discussions at three workshops as part of the festival.

As a result of Professor Wyke's research, the general public now has better public access to, and understanding of, films set in antiquity. With the BFI, other film archives, and Michelakis, she selected and screened 34 silent films with piano accompaniment. These were seen by over 1,200 people from 2008 to 2013 in four countries, with enthusiastic reviews and previews in the national and international press.

The shows received special attention from silent film enthusiasts, such as those with an online presence at The Bioscope blog. As The Bioscope itself noted, however, the shows were distinguished by the diverse audiences they attracted who had never before come into contact with early cinema. This audience was further expanded by Professor Wyke's contribution of her research insights to the popular media. An appearance as a 'talking head' on the BBC documentary Epic: A Cast of Thousands was viewed by over half a million people in 2011, and she contributed to a documentary for the Warner Bros DVD release of the 1951 Quo Vadis? which received a rather better review than the film itself.

" Outcomes for the BFI have been some useful screenings of films in our collection that may otherwise have gone unnoticed and had not to my knowledge ever been programmed together by their subject theme. - Bryony Dixon, Curator of Silent Film, British Film Institute