Eva Hesse's Studiowork and the provisional status of the artwork 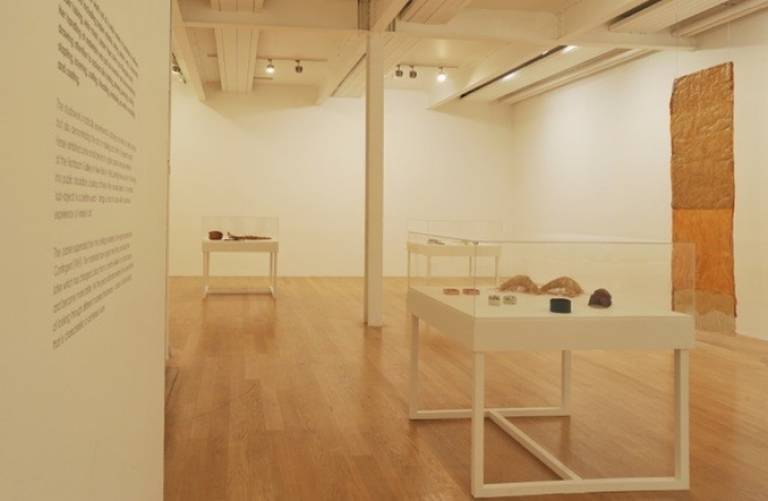 The works of the American sculptor Eva Hesse pose particular problems for viewers, curators and conservators. She produced a vast and diverse range of 'studiowork': provisional objects often made with perishable and degradable materials produced in a way which were neither merely preparatory nor fully finished works.

Professor Briony Fer (UCL History of Art) is a leading authority on the work of Hesse. Her insights into the significance of Hesse's studio practice, in the context of conceptual art's rejection of hand-made art, has showed how ideas about what constituted an artwork were radically reconfigured in the 1960s. This research led to a major exhibition of Hesse's studiowork in 2009, accompanied by a major monograph included the first catalogue raisonné of Hesse's studioworks, including previously unseen works from the artist's estate and private collections. Together, they demonstrated how the meanings of artworks change over time and according to context: for example, sometimes that which began as technical tests became, however provisionally, 'works' when given away or exhibited.

Neither merely monographic nor thematic, the show is a art event: an exhibition generated by an idea. - James Meyer, writing in Artforum

The exhibition, Eva Hesse: Studiowork, opened at the Fruitmarket Gallery as part of the Edinburgh Art Festival in 2009. It was enthusiastically received: over 50,000 people visited during the three month run and the Observer critic Laura Cummings wrote of it: "Of the many shows that make this a golden year for contemporary art at the Edinburgh Festival, one stands out as momentous." For the next two years, the exhibition travelled across Europe and North America, with over 200,000 visitors worldwide, with coverage and reviews in major broadsheet and specialist newspapers. Raising questions about the provisional nature of Hesse's work was a key aspect of these exhibitions. At each stop of the exhibition tour, public, school and artist/curator events were held to introduce visitors to these questions. The exhibition also led to an ongoing relationship with the Fruitmarket Gallery, leading to a major exhibition of Gabriel Orozco's works in 2013, and inspired new exhibitions of studiowork including at Hauser and Wirth in New York and London, and one at Kukje Gallery in Seoul.

The challenges of displaying and conserving Hesse's fragile works led to new ways of thinking about how to care for the work artists using such unstable materials. For instance, the San Francisco Museum of Modern Art described Professor Fer's approach as having a 'profound impact' on its strategy on giving the public access to an artist's studio holdings. Through his interaction with the exhibition, the official conservator of the Hesse Estate built a dossier of Condition Reports, which have advanced understanding of the conservation of perishable materials, including the latex works studied specifically by Professor Fer.