Research into pedestrian movement at UCL is helping to improve transport services across London and south-east England. Using a unique, full-scale facility for researching how people react in pedestrian environments, the team has tested proposals to increase accessibility on the London Underground as well as new train designs, all under well-controlled laboratory conditions.

Each day, a total of 7.1 million trips are made on London's transport system by people with a mobility barrier, such as a disability, or those carrying a buggy or heavy luggage. In 2008, London Underground commissioned UCL to use their Pedestrian Accessibility Movement Environment Laboratory (PAMELA) to evaluate potential safety issues with their proposal to add raised sections to platforms to make it easier for these passengers to board and alight Underground trains. These included assessments of the risk of wheelchairs rolling down the ramps, what would happen if trains did not stop precisely, and the ease with which visually impaired people could use them. The research showed that platform hump designs could in fact be cheaper and more flexible than previously thought, allowing Transport for London to make multimillion-pound savings.

PAMELA was also put to use in the early stages of the £3.5 billion Thameslink 2000 railway project. In 2008, Professor Nick Tyler (UCL Civil, Environmental & Geomatic Engineering) and his team built a life-size train carriage to assess the boarding and alighting performance of the proposed trains, given predicted passenger numbers. The research found that the proposed service frequently would not meet the predicted demand in terms of boarding and alighting at stations, and recommended certain design modifications, such as changes to door widths and the vestibules, to alleviate these problems.

In 2011 the House of Lords Select Committee on Science and Technology praised Professor Tyler's empirical approach in using scientific facilities, rather than relying on computer models to provide estimates. 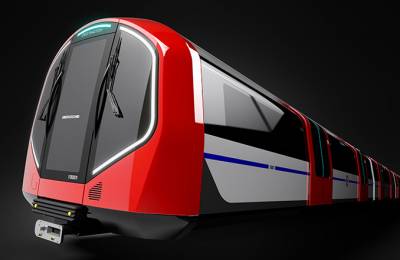 In 2012-13, London Underground again contracted PAMELA to test its New Concept Deep Tube Train Programme, the first time they had started to develop a concept from the passenger perspective rather than the mechanical/engineering perspective.

The first phase of experiments, to determine details of train interior design and their effect on boarding and alighting times at stations, has informed the latest specification for the train design, which was on public display in London in November 2014. The second phase, to determine the impacts of platform edge doors and weight distribution of passengers in the train also started in late 2014.

This is an excellent example of a transport operator using scientific facilities to examine design questions at a formative stage of their project so that costly design mistakes can be avoided. PAMELA is just the right sort of facility for performing this sort of test where what is required is objective evidence from scientific analysis for subsequent decisions. - Professor Nick Tyler CBE FREng

Further research, for Guide Dogs for the Blind Association and Transport for London, tested a variety of horizontal warning systems for the kerb-free, single-surface shared road space in Exhibition Road, home to the Natural History Museum and Victoria & Albert Museum, and used by around 11 million visitors each year. The Association was concerned about the safety of a space shared by pedestrians and vehicles without segregation.

The work carried out in PAMELA recommended the use of a corduroy tactile surface and the research findings were cited in a judicial review of the project in 2010. After further research, the corduroy surface was installed in 2011.