An empirical approach to PFI 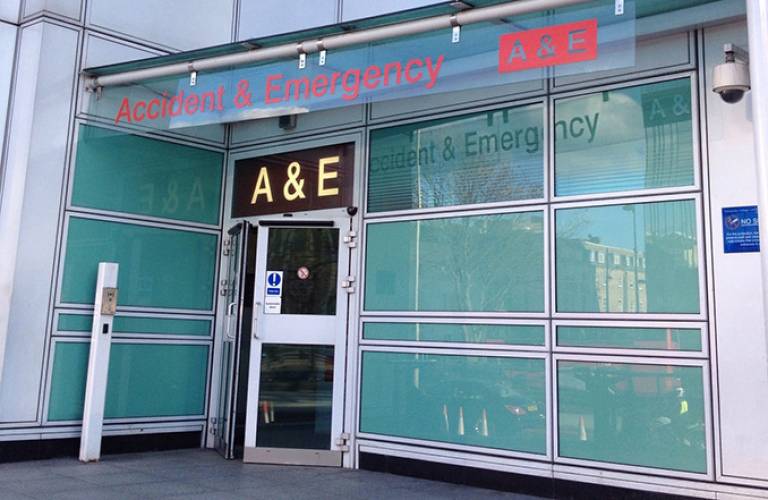 Since the 1990s, the UK government's encouragement of private investment in the provision of public facilities such as hospitals, through the private finance initiative (PFI), has been the focus of much debate. UCL research has provided an objective and independent commentary on PFI's use, and formed the basis of training for practitioners.

A team of UCL researchers set out to assess the use of PFI and public-private partnerships (PPPs) generally. One of the researchers in the UCL Bartlett School of Construction & Project Management, Dr Andrew Edkins, said: "There were plenty of strong opinions around, but no independent quantitative research comparing, for example, the costs of maintaining facilities, what drives these costs and how to minimise them."

UCL's PFI research first considered the financing throughout the full project lifecycle - that is, from project creation to sustained operational use through the contractual integration of the design, build, operation and financing of a facility. In further work in 1998, Dr Edkins and his colleague Graham Ive found there was no overwhelming evidence of cost saving from the use of PFI, and that that the incentive to innovate depended on the level of competition during bidding. Publications they produced for the Construction Industry Council provided the first significant unbiased and research-based explanation for professional service firms in the construction industry of what PFI consisted of, how it worked, and the risks inherent in its use. Before this, firms had taken on PFI commissions and contracts without realising the impacts on their business risk and reward.

Drawing on this body of work, the researchers developed training courses and reusable training materials for practitioners. Participants on their bespoke training programme applied findings to 'live' PFI/PPP projects, developing into a cohort of professional project directors with transferable skills. In 2009, the course received the Association for Project Management BNFL Award for providing the greatest contribution to the development of project management.

Further research with KMPG played a vital role in answering requests from government and central agencies for a better, more evidence-based analysis of the performance of privately financed projects. Through this project, a collaborative network, the Infrastructure Intelligence Club (IIC), was formed of major players in the UK infrastructure investment and PFI/PPP projects market.

This network has been able to advocate for PFI in UK policy and public debate at a time that PFI/PPP was receiving significant negative press attention in the UK. The objective empirical work discussed by IIC members revealed that the overall performance of PFI/PPP schools and hospitals was not as bad as commonly portrayed. Public concerns over PFI led to various investigations, including one in 2012 by the charity Civitas, which moderated its argument against PFI financing based, at least in part, on the UCL research [See Civitas' PFI: Still the only Game in Town?, 2012].

A strategic review of PFI/PPP conducted by HM Treasury in 2011-12 considered the UCL analyses and surveyed a number of IIC members, who argued, drawing on UCL evidence, that there were public sector benefits to this type of financing. In 2012, the Treasury announced plans to modify PFI/PPP and rename it as PF2, rather than scrapping it, as much of the press had predicted.

The research has also influenced PFI's development in New Zealand, where the government had historically been extremely wary of using PFI to procure its infrastructure. Following a change of government in 2008, an embryonic PPP market was established with the announcement of the Transmission Gully road project.

Dr Edkins made contact with the New Zealand Council for Infrastructure Development, and proposed designing and delivering an executive level seminar series to provide a strategic overview and insight into the fundamental principles and practice associated with PFI, including the wider use of public-private partnerships. Around 200 senior industry and government delegates took part in the workshops, which were supported by the New Zealand Treasury.