Education and training for 14- to 19-year-olds: The case for a unified, inclusive system 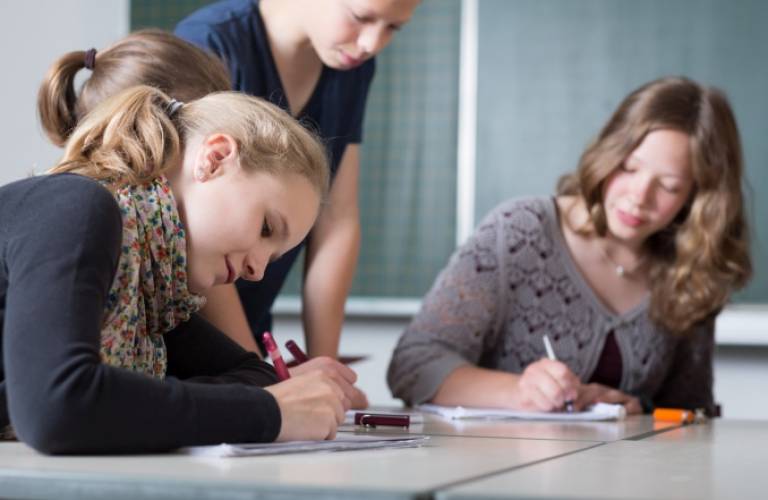 Research at the UCL Institute of Education challenged the established view of education for 14- to 19-year-olds in England, leading to profound impacts on critical public debate and shaping thinking throughout the sector.

Despite 30 years of costly experimentation, England's 14-19 system still fails to cater for the significant minority of teenagers who leave school with few or no qualifications and dismal job prospects. Research by Professor Ann Hodgson and Professor Ken Spours (UCL Institute of Education) revealed the fundamental weaknesses underlying this system: the dominance of GCSEs and A-levels, which overshadow vocational qualifications; the prevalence of competitive education providers, which prevent collaboration to meet the needs of all learners; the dominance of higher education and the marginalisation of employers and vocational training; and the detrimental impact on teachers and learners of top-down policies.

Based on this work, they recommended a new inclusive English Baccalaureate system be instituted which would encompass both academic and vocational learning. This research has made a critical contribution to public debate on education policy, and has helped shape the approach of education professionals and policymakers, affecting children across England and Wales and beyond.

Professors Hodgson and Spours strongly influenced the Tomlinson proposals for a 14-19 diploma system in 2004; although the Blair government rejected the recommendations, senior Labour politicians remained open to these arguments and the researchers continued to be invited for briefings, and to contribute to proposed curriculum policy and school collaboration arrangements. Their proposals were also endorsed by a Select Committee report to which Professor Hodgson provided evidence.

Meanwhile, the largest English exam board has effectively adopted their recommendations: by 2013 the AQA offered the AQA Bac through more than 200 centres, while the Sixth Form Colleges Association (SFCA) worked with researchers to help develop the SFBac Award, which recognises all-round learning and achievement. This was offered in 11 sixth form colleges by 2013.

At the local level, Professors Hodgson and Spours advised local authorities in London, Lincolnshire and Luton on 14+ Progression and Transition Boards (PTBs) - a new type of collaborative body which they conceived and designed. This brings together schools, colleges and work-based learning providers, employers, voluntary and community organisations, regeneration agencies, higher education institutions and local authorities. Tens of thousands of students benefit from this support through their progress from school to work and higher education.

The impact of work by Professors Hodgson and Spours extends beyond England. In Wales, the research deeply influenced the Evans Review of Qualifications for 14 to 19s in Wales, whose recommendations were broadly accepted by the Welsh government. They have also developed an inclusive National Qualifications Framework for Qatar.

At the root of the problem is the absence of any consensus about what secondary education is actually for. Is it to select people for higher education and the best jobs? Or is it a preparation for work and adult life? We argue for the latter. - Professor Ann Hodgson